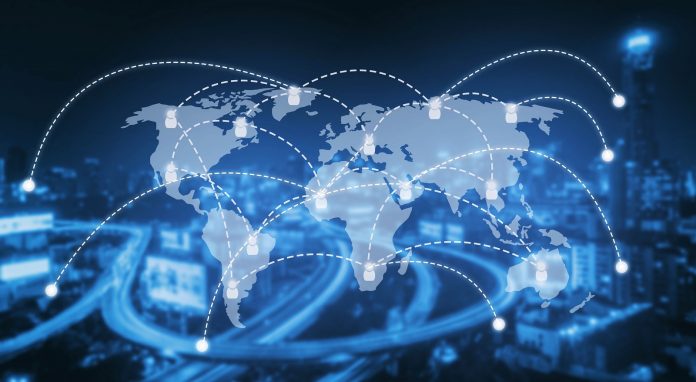 As emerging markets continue to attract renewed attention from investors across asset classes, these markets are expected to power global growth going forward.

Though the International Monetary Fund expects emerging market and developing economies to form a shade under 40% of the global economic output by the end of this year, these markets have not found a similar share in equity investors’ portfolio.

So how do their stock markets stack up against their developed market peers when comparing their respective gross domestic product (GDP)? 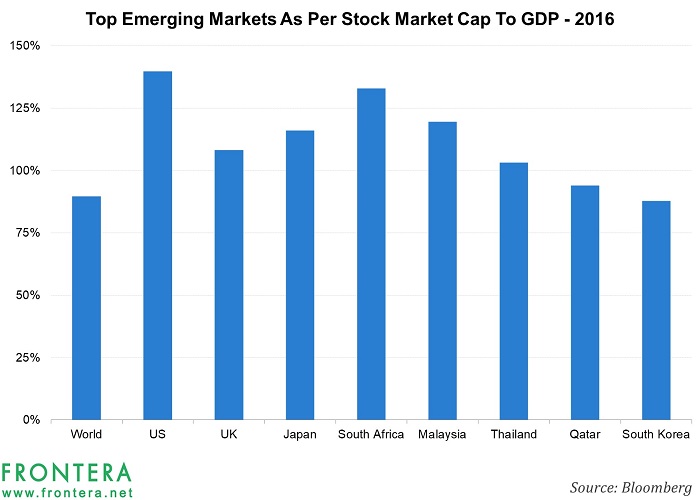 The graph above shows select emerging markets with the highest stock market capitalization to GDP ratios in the asset class.

South Africa, Malaysia, and Thailand are the only three countries whose stock market capitalizations exceed their economic outputs with only South Africa being comparable to the chosen developed market countries of US, UK, and Japan.

From 2003 until 2016, the country which has one of the largest stock markets in the emerging market universe had seen a peak in its market capitalization-to-GDP ratio at 152.2% in 2007. After a trough of 84.7% witnessed in 2008, its ratio has remained over the 100% mark for all succeeding years.

The ratio for Qatar has seen a different trend. Though it remains among the highest in the emerging markets universe, it has nearly halved from its peak of 189% in 2005 mainly as its GDP swelled.

After taking a look at the emerging markets which have the highest stock market capitalization-to-GDP ratios, let’s take a look at the ones with the lowest ratios in the graph below. For reference, the ratios for world, US, UK and Japan have been reproduced from the previous graph.

Countries from Europe dominate this space. 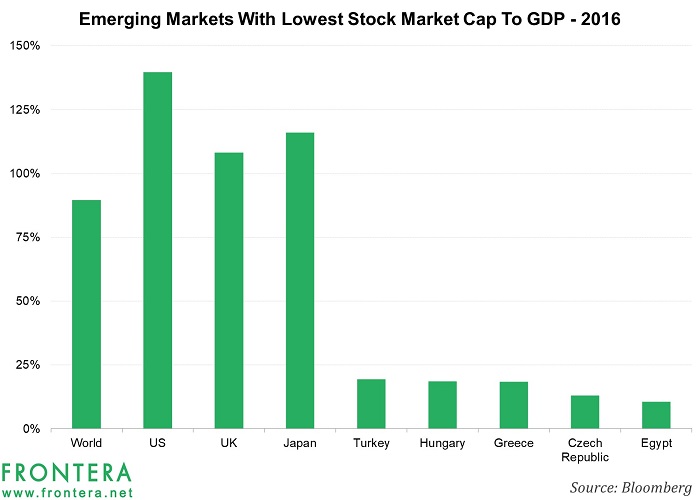 For 2007, the stock market cap-to-GDP ratio for Turkey had stood at 43.6% according to Bloomberg data – its highest between 2003 and 2016. In the following year, it witnessed its lowest ratio in this period, which was 16%. After an increase in subsequent years, the ratio for 2016 was just below the 20% mark.

Hungary and Czech Republic have had undergone similar trends. The ratio for these countries peaked in 2006 and 2007 respectively at close to 40% each and then were at their lowest in 2014 and 2015 at 10.8% and 12.8% respectively. Hungary has seen a recovery in its ratio since its nadir but it still at half of its peak in the aforementioned period while that for the Czech Republic is presently at one-third of its level compared to its best in those years.