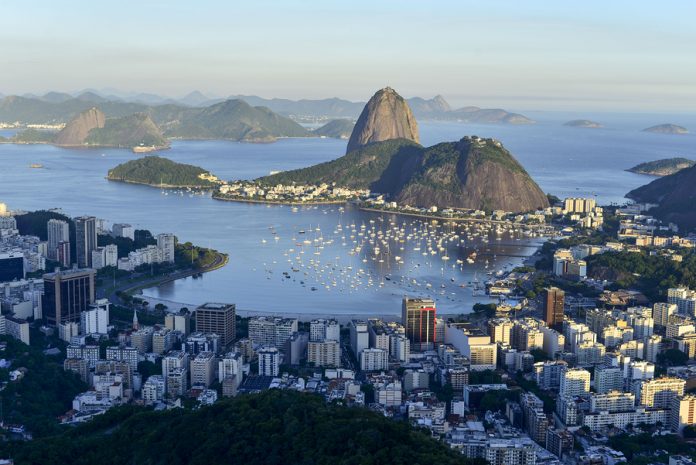 Brazilian equities are not having the best of times this year. Even after posting seemingly handsome gains of 19.7% in YTD 2017 according to the performance of the MSCI Brazil Index, the country lags far behind the MSCI indices of its Latin America peers Chile (36.3%) and Peru (31.4%) as well as the broad MSCI Emerging Markets Index (30.7%). Being that Brazil was the standout performer of 2016 for Latin America, the pace would have been difficult to maintain.

2017 was nonetheless expected to be a big year for the country having been bogged down in political upheaval and economic scandal, but corruption issues have continued to plague the economy as well as the stock market.

While financials continue to dominate the portfolios of broad-based large and mid-cap focused funds investing in Brazil and have done most of the heavy lifting in the gains seen in 2017, companies in the information technology space can be an interesting proposition going forward. 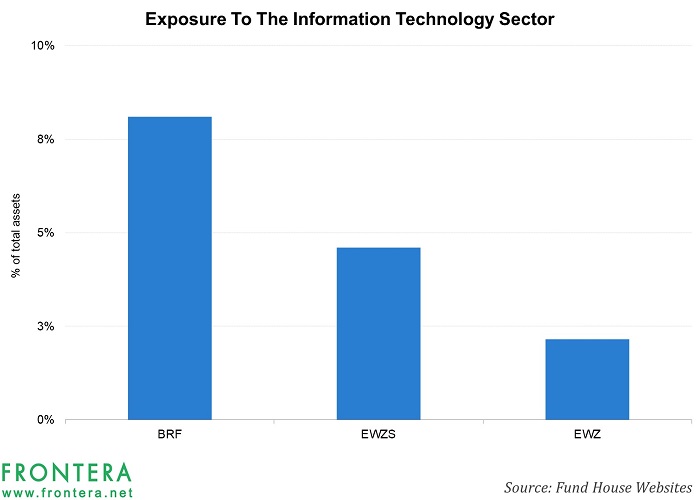 For those investors who want to take the exchange-traded fund (ETF) route to investing in the country’s tech companies, the following funds can be considered (we have also included the telecom services sector in these calculations).

There are eight funds listed on US exchanges which are dedicated to investing in Brazilian equities. Three of them (BZQ) (BRZU) (UBR) are leveraged, hence we’ve removed them from this review as they may not suit the needs of the majority of investors.

Upon analyzing ETF options, it became clear that in order to partake in the tech and internet segment in Brazil, investors will need to go small in terms of market-cap if they want to have a bigger share of the segment.

VanEck Vectors Brazil Small-Cap ETF (BRF): The fund tracks the performance of the MVIS Brazil Small-Cap Index and is invested across 59 holdings. The information technology and telecom services sectors form a combined 9.2% of the fund’s portfolio – by far the largest exposure among ETFs investing in Brazilian equities.

Three companies comprise the information technology sector – TOTVS S.A. (TTVSF), Linx S.A. (LINX3.SA), and Sonda S.A. (SONDA.SN). Of these, TOTVS has the highest exposure and has done quite well this year. Oi S.A. (OIBRQ) – the sole holding from the telecom services sector – has outperformed the sector.

Though the ETF seems relatively small, with only $113 million in assets, it is the largest one investing in small-caps from the country and has posted strong gains in excess of 50% in YTD 2017. Its net expense ratio is 0.6%.

iShares MSCI Brazil Capped ETF (EWZ): The largest fund on US exchanges providing access to large and mid-cap Brazilian equities has only a small exposure to tech stocks. However, combined with telecom stocks, the fund provides the second highest exposure (~5%) to these sectors combined after the BRF.

With $6.8 billion in assets, the EWZ is the go-to fund for investing in Brazil. Though it does not invest into up and coming companies from the tech and internet segments, it can provide a starting point for investing in large-cap stocks from the country.

iShares MSCI Brazil Small-Cap ETF (EWZS): Another small-cap fund, the EWZS has $80 million in assets, is invested across 64 holdings, has an expense ratio of 0.6%, and has higher exposure to stocks from the information technology sector (4.6%) compared to its large-cap cousin, the EWZ (2.1%).

Similar to the BRF, TOTVS has led gains from the information technology sector, but the EWZS does not invest into the telecom services sector.

KraneShares Emerging Markets Consumer Technology ETF (KEMQ): This fund is a new option for investors looking for an exposure to the tech and internet segments in Brazil.

The KEMQ was launched on October 12, 2017 so it does not have any performance track record to speak of. However, in this very short span of less than a month, Brazilian equities, which form 7.7% of the fund’s portfolio, have emerged as the second highest contributor to the fund behind those from South Korea.

Of the four Brazilian companies whose stocks the fund is invested in, only one (Cielo S.A.) is a pure tech company, the other three are in-between consumer discretionary and tech companies. Of them, B2W CIA DIGITAL (BTOOY) and Somos Educação S.A. (SEDU3.SA) have helped Brazil climb to the second spot in terms of geographic contributors to the funds performance.