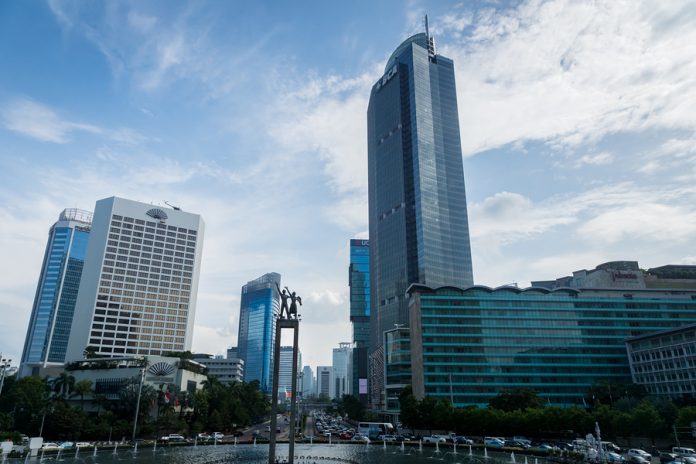 Indonesia’s (EIDO) crowded banking market has remained attractive for foreign financial institutions in the past and many of them have acquired controlling stakes in local lenders. Most of these investors are financial institutions based in Asian countries like South Korea, Japan and China. Some are Middle Eastern firms such as the Qatar National Bank that are interested in picking up stakes in Islamic banks internationally.

However, rapid economic growth in Indonesia coupled with an under developed and fragmented banking sector attracted foreign lenders from Asia to the country in droves. The country’s central bank then imposed a 40% single ownership cap in 2012, discouraging large foreign investments in the country’s baking sector. 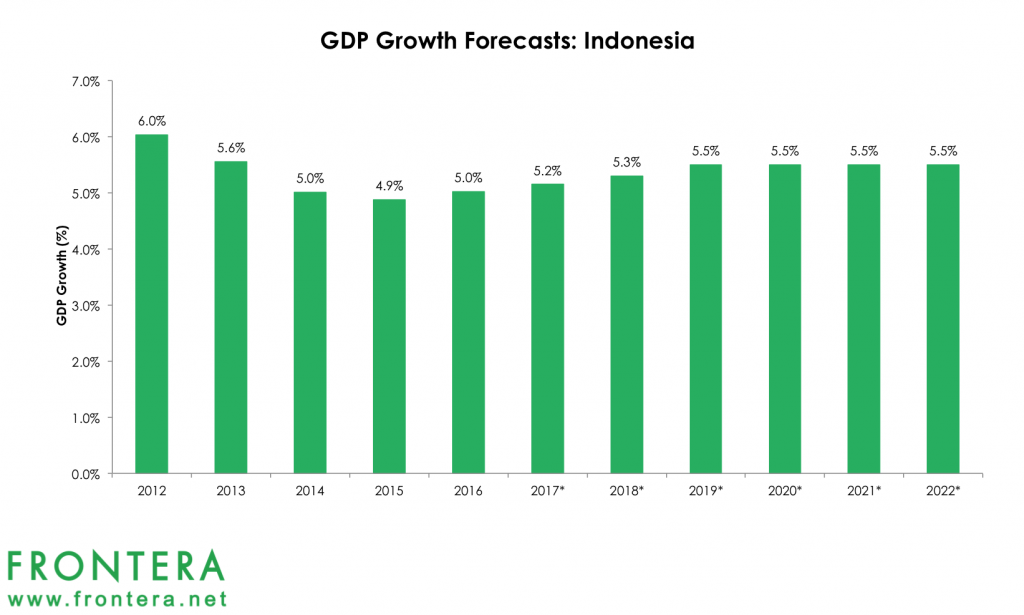 With an economic growth target of more than 5.3% for 2018, the Indonesian banking sector offers high growth potential to investors. The country’s banks are more lucrative compared to other Southeast Asian markets. Banks in the Indonesian market generated average return on assets (ROA) of 2.5% higher than other South East Asian nations. 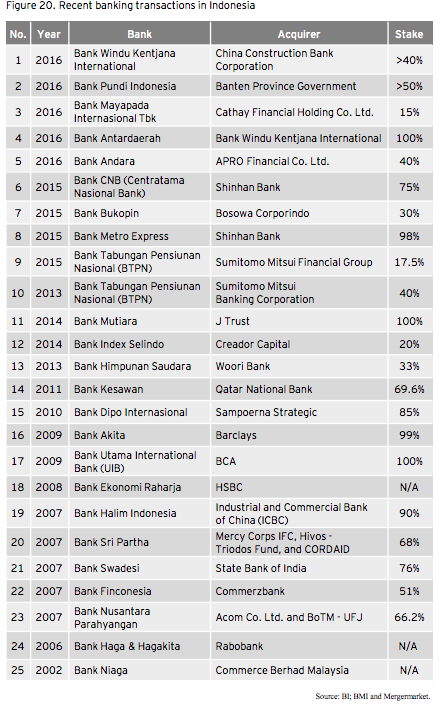 China Construction bank is among the largest banks in China and among the top five in the world by market cap. The company entered Indonesia to strengthen its presence in South East Asia and expand its global business.

Bank Windu operates a network of 82 branches in Indonesia. In 2016, the bank had $905 million in assets and net interest margins of 4.9%. 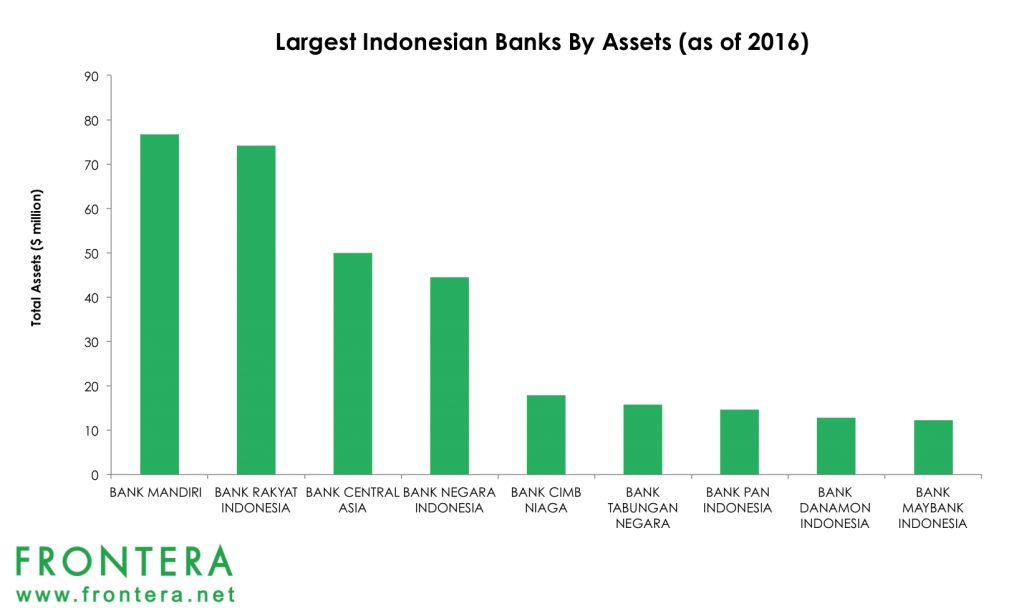 Temasek, Singapore’s government investment firm, is one of the biggest institutional investors in the world. The company owns 68% in Indonesia’s fifth largest bank PT Bank Danamon that it acquired in 2003. The company is in talks with Japan based Mitsubishi UFJ Financial Group to sell 40% of its stake for around ($1.8 billion) 200 billion yen.

The firm, through its subsidiary Sorak Financial, held a 55% stake in PT Bank Internasional Indonesia (BII) which it sold to Maybank in 2008.

Temasek had also attempted to acquire a stake in PT Bank Permata in 2004.

Mitsubishi UFJ Financial Group, a subsidiary of Bank of Tokyo-Mitsubishi UFJ, has proposed to buy a 40% stake in Bank Danamon Indonesia from Temasek for $1.8 billion (200 billion yen). As per Reuters sources, MUFG would begin investing in Bank Danamon starting April 2018.

MUFG has been expanding its presence in South East Asia as it faces sluggish growth in its home market. The company also holds stakes in Vietnam’s Vientinbank, Thailand’s Bank of Ayudhya (BAY.BK) and Security Bank Corp (SECB.PS) of the Philippines. The company generated 31% of its operating profits from its global banking business in 2016.

The acquisition of Bank Mayapada is part of Cathay Financial’s strategy to expand its presence out of Taiwan’s overcrowded banking market.