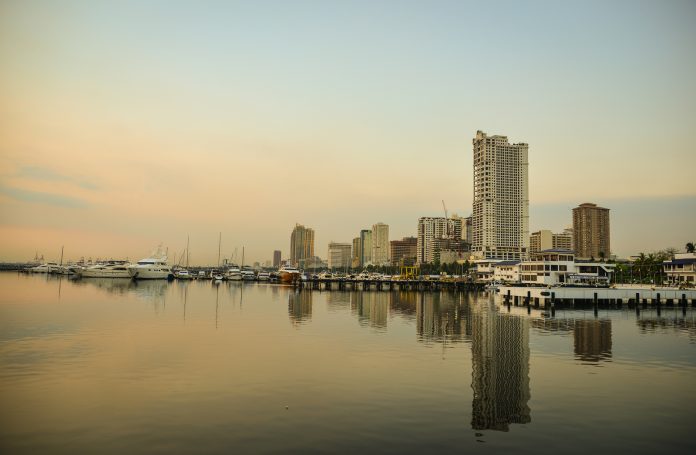 It was in October 2016 on a visit to Beijing that Philippine President Rodrigo Duterte  announced his country’s pivot away from the US and towards China. This created ripples across the geopolitical fabric in the region spreading all the way to Uncle Sam’s doorstep.

Philippine stocks were negatively affected, and the 70-year friendship between the two countries seemed to be heading for severe weather.

However, as the graph below shows, after declining until the penultimate week of 2016, the two main indices of the Philippine Stock Exchange (PSE) recovered and have had a good 2017 so far. 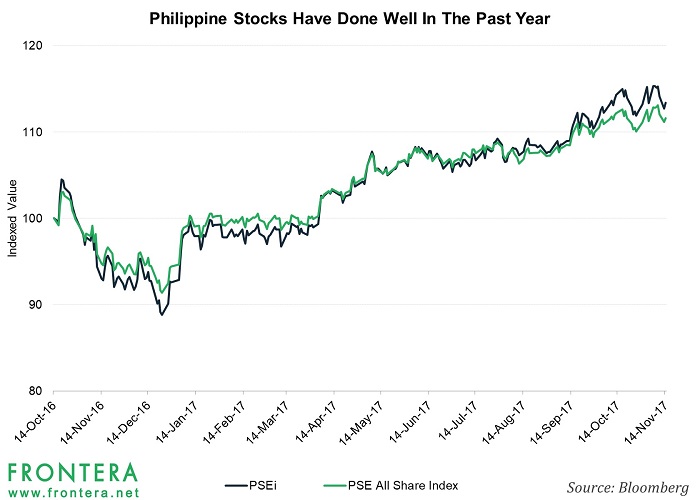 Net inflows to the sole ETF dedicatedly investing in Philippine stocks and traded on US exchanges – the iShares MSCI Philippines ETF (EPHE) – show a similar trend. 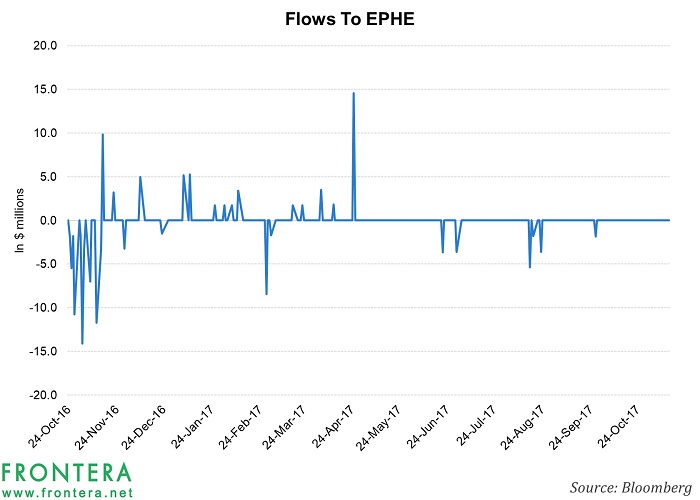 From the last week of October 2016 until November 2017, the $177 million ETF has seen net outflows of nearly $36 million according to Bloomberg data, owing primarily to the sharp outflows witnessed last year after Duterte’s comments. In YTD 2017, the fund has seen net inflows worth $12.2 million.

As far as the domestic markets are concerned, overseas investors have continued to buy Philippines stocks even after the announcement of a pivot away from the US as shown in the graph below. 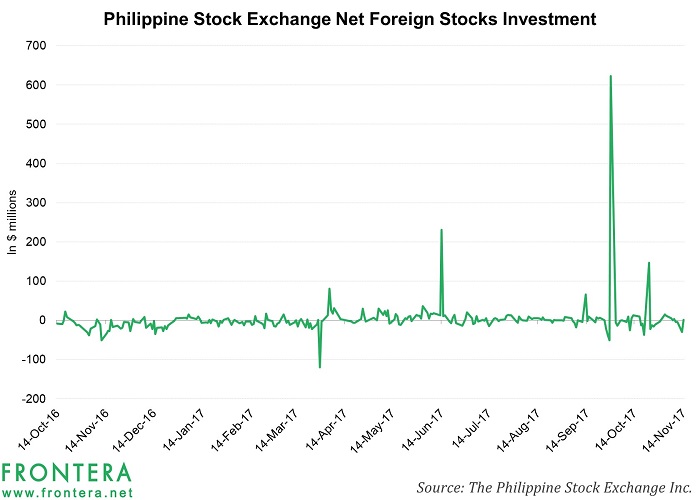 Recently, during a visit to the island nation, US President Donald Trump termed the relationship between him and President Duterte as “great” while his counterpart sang a popular Filipino song.

Though amidst the camaraderie, broader Philippines stock indices did not hum the same tune, there were specific stocks which did quite well.

While the PSEi is comprised of 30 stocks, the broader PSE All Share Index is made up of 274 stocks.

At the end of trade on November 13 (the day that Trump and Duterte intially met), only three stocks forming the PSEi were in the black:

These stocks remained in the top three in terms of returns between November 10 and 14, though LT Group and MAEOY exchanged positions. These stocks had gained 3.8% and 8.4% respectively in the two trading sessions. Meanwhile, Alliance Global Group, Inc. (ALGGY) and Bank of the Philippine Islands (BPHLF) also joined the group of rising stocks.

Meanwhile, on the broader PSE All Share Index, the following stocks have been the top gainers from the end of trading on November 10 until November 14 with the percentage change in their prices given in parentheses:

The reason that these stocks have failed to boost the broad indices even after strong returns is that except for Jollibee Foods in the PSEi and Manila Electric in the All Share Index, the other gainers form a negligibly small portion of their respective indices, thus significantly reducing their impact on the broader stock market.

Given the fact that overseas investors have steadily increased their holdings of Philippine stocks even when relations with the US had become tense, the friendly tune being hummed by the two nations now could have a positive impact on equities of the island country.