Malaysia has a lot on the line

A look at the graph in the first article of this series will show that based on remittances and export data, Malaysia is the second most severely exposed emerging market after Mexico to changes in US trade policy.

Unlike Mexico, though, it is primarily Malaysia’s exports to the US which make it vulnerable to the changes in US policy. Remittances make a very small contribution to Malaysia’s vulnerability, however, exports to the US form a little over 12% of the country’s GDP (gross domestic product). 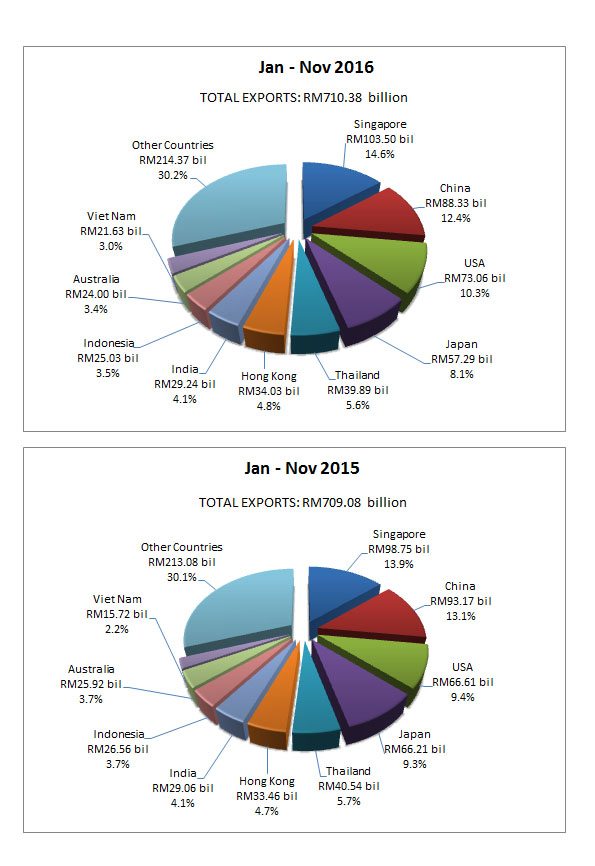 Meanwhile, according to MATRADE (Malaysia External Trade Development Corporation), a tenth of Malaysia’s total exports landed in the US from January-November 2016. This is higher from 9.4% for the same period in 2015. Meanwhile, of its imports, only 8% come from the US. According to the US Census Bureau, the US has a goods trade deficit worth $23 billion with Malaysia from January-November 2016.

US President Donald Trump has floated his idea of imposing a 20% border adjustment tax. This will make imports more expensive to that degree and will have a sizable impact on manufacturing exports dependent economies like Malaysia (EWM). 82.3% of Malaysia’s total exports by value are manufactured goods, according to MATRADE.

Electrical and electronic products, chemicals, petroleum products, and palm oil, the chief exports of Malaysia, form 56% of its total exports.

Malaysia hopeful of congenial trade relations with the US

The US-ASEAN Business Council has expressed optimism that trade ties between Malaysia and the US will remain congenial even in the present US administration gets tough on foreign trade partners.

Malaysia, which is part of the TPP (Trans-Pacific Partnership) – a deal that the US has walked away from – has undertaken reforms in light of the TPP, which the business council holds, would improve the business environment in the country and boost links between the two nations.

For now, though, it seems that Malaysia needs to remain watchful of the border tax in order to protect its trade interests.

Let’s move on to the country with the third highest exposure to changes in US trade policy in the next article.