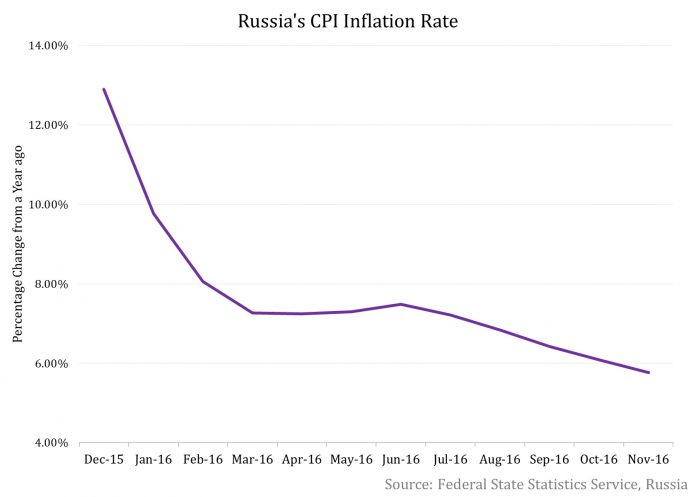 This is post 4 of 8 in the series “Why Has Russia Started Buying US Dollars?”

If we look at the Central Bank of Russia’s assessment of economic conditions, economic activity in 2016 was higher than earlier anticipated. Quarterly GDP (gross domestic product) growth in Russia (RSX) (RBL) is expected to have entered the growth territory in H2 2016 and the central bank expects it to remain in that region in Q1 2017.

At the same time, both inflation and inflation expectations have declined. Good agricultural produce in 2016 has driven down food inflation. Non-food inflation has also fallen substantially. The oil production cut, agreed upon last year, had started exerting upward pressure on the ruble from the time of announcement itself, and combined with a bumper crop, has resulted into depressing inflation. 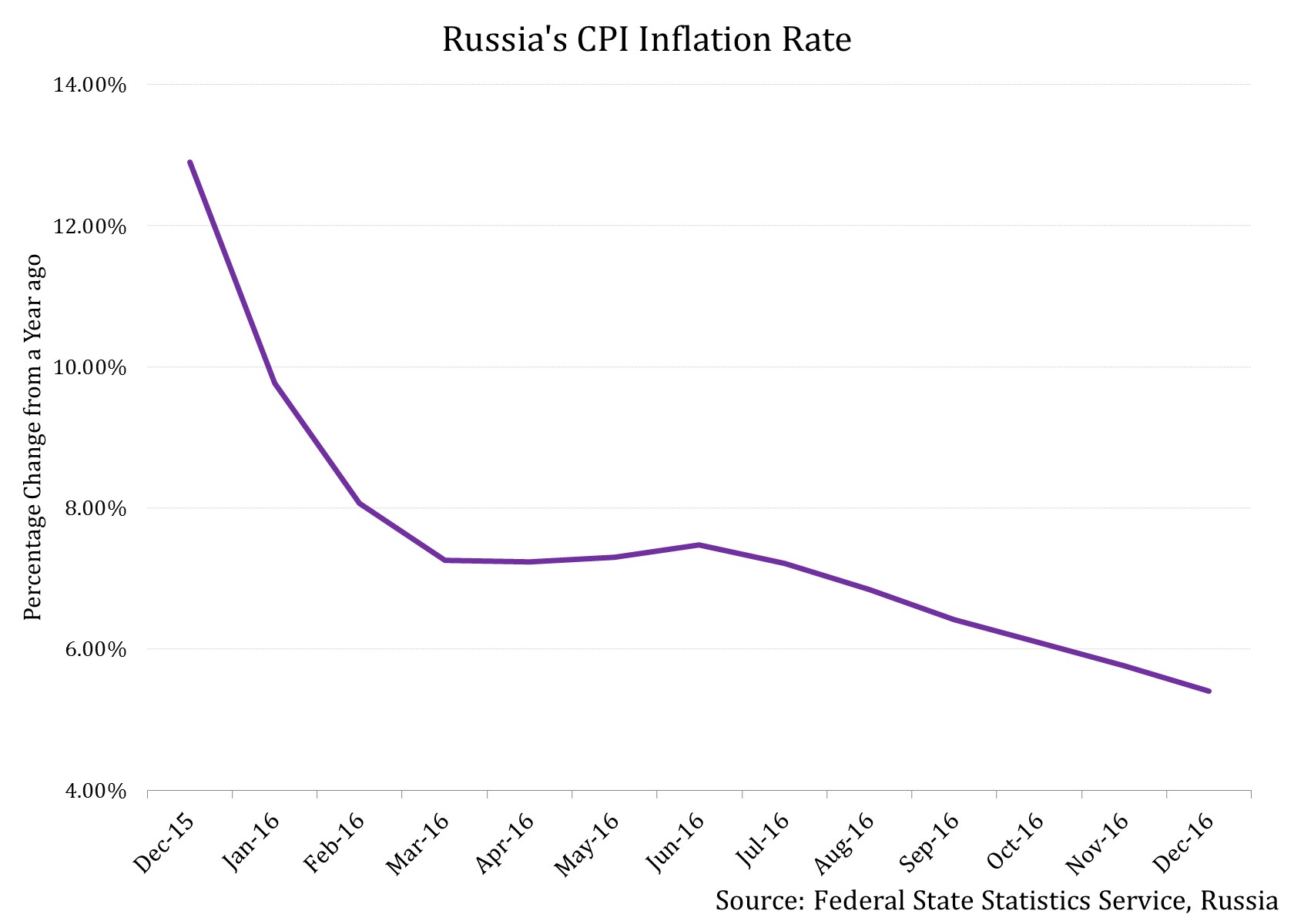 The Central Bank of Russia target 4% annual inflation rate. Hence, the Bank seemed on a path to cutting interest rates sometime in H1 2017, which would help boost economic growth.

However, in its monetary policy announcement on February 3, the central bank noted that “Given the internal and external developments, the Bank of Russia’s capability to cut its key rate in the first half of 2017 has diminished.”

Why is Russia refraining from a rate cut?

The answer lies in the US dollar buying that the central bank will do for Russia’s Finance Ministry.

A reduction in interest rates tend to have a devaluing impact on the domestic currency. The Russian ruble has been among the pest performing currencies in 2017 so far. So a little devaluation should not be a big problem.

However, with the dollar buying already expected to devalue the ruble, a rate cut can potentially put even more downward pressure on the ruble. Though an even weaker ruble will help Russia’s government finances as revenues from oil and gas exports will bring a great quantum of money in rubles, it will not be a desirable situation to be in.

It is because of this that even after falling inflation, Russia’s central bank does not see itself cutting rates in H1 2017.

This is post 4 of 8 in the series “Why Has Russia Started Buying US Dollars?”