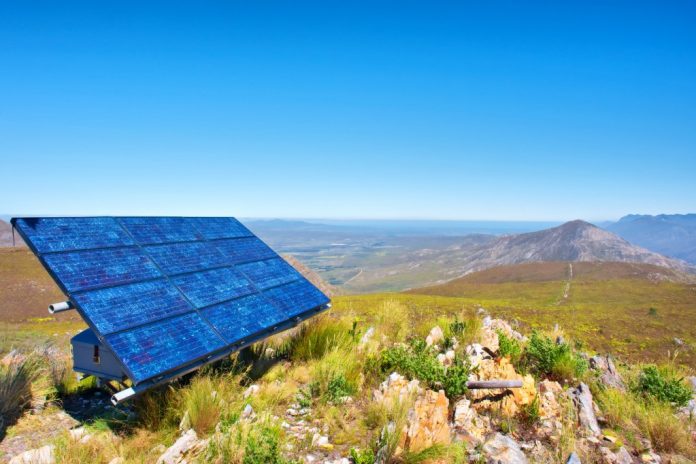 As world leaders gathered in Paris last month to save the planet from rising temperatures, a parallel conference on climate change was taking place 4,000 miles south in the Republic of Benin.

Away from France’s 18 hectare site hosting 40,000 dignitaries, a straw hut that houses the French Institute in Benin was the venue for a debate titled: “Climate: Any Opportunity for Development?”

For one of the world’s 25 poorest countries, where children have been bought by rich families in neighbouring Nigeria for US$15 apiece, climate – as any other change – brings hope of opportunity.
Benin is hardly the epicentre of pollution. The situation is quite the reverse — power is badly needed to grow and harvest crops like cotton and cassava. But only 20% of the population has access to electricity.

There’s little patience here to wait for clean energy solutions like solar or hydro. In fact, just as the great and good were gathering in Paris – and in the straw hut in Cotonou – a partnership of General Electric, Cummins and Genesis Energy signed a US$190 million deal to build thermal power plants that will pump 360 megawatts of capacity into Benin.

“That’s the fast answer to our needs,” Benin’s Energy Minister, Spero Mensah, says in an interview with Frontera. The first eco-friendly power initiatives are hydro – a project to generate 147 megawatts and another for 128 megawatts. They’ll take about four years, says Mensah.

And then – at an even slower pace – there’s solar.

At the Paris climate talks, Benin announced its first solar energy agreement – a 5 megawatt solar project. Concession agreements to produce a total of about 85 megawatts are in the works. But the process isn’t straightforward.

“Solar integration is facing some really daunting challenges, specific to countries that have our configuration,” says Mensah. “We have no power reserves for solar when solar is not available.”
Benin rejected solar with battery storage. “With existing technology, it’s neither a wise nor environmentally-sensitive solution,” says Mensah.

“So we are deploying solar PVs without storage, which means that in the evening, which is the peak time for the loads, we have no solar, and we need to then bring in the thermal power plants,” he says. “During the day, it means that we are paying capacity charge to thermal plants. That’s a very specific issue that you haven’t seen in developed countries.”
Ultimately, a mix of solar and hydro projects will help light up Benin’s towns and cities. But it won’t serve the poorest half of the population living in remote areas.
“Extending the grid to those locations is not economically viable, at least in the near future,” says Mensah.

Yet it’s here – in the impoverished countryside – where the challenge of climate change is being grasped most clearly as a development opportunity.

As across Africa, most people in rural areas rely on kerosene for light and cooking. It’s dirty, expensive, sometimes dangerous and not always available.

In place of kerosene, rural dwellers will be offered solar kits under a government initiative. The products will be certified to make sure they‘re reliable. Distributors will be traceable, and incentivized to ensure proper maintenance, says Mensah.

So how will low-income families will afford these kits? The government plans to roll out a blanket micro-financing program.

The cost will be based on the amount a family currently spends on kerosene, explains Mensah. “Replace that with something much more reliable, where everything will be clean – that’s the solar at about the same price.”

While the commitment Benin’s the “light for all” initiative by Prime Minister Lionel Zinsou, who last month survived a helicopter crash, is laudable, the tricky part is finding the money. All told, Benin will need several billion dollars for its various energy projects, acknowledges Mensah.

Benin’s pitch is based on the competitive advantage of having a young, cheap workforce and free trade agreements. Almost 60% of the population is under 25. As a member of the ECOWAS trading bloc, anything produced in Benin can be sent tax-free into the other countries, including Nigeria, Africa’s largest economy. Benin’s politics – with the country due to hold presidential elections at the end of February – have largely been free of violence since 1990.

“My message to investors is you come to Benin and use Benin as a hub to go to Nigeria, Niger, the inland countries,” said Mensah. “We are looking for investment in the power sector first, and in the energy sector, in transportation, manufacturing – with the vision that you are going to export the goods toward the 200 million-plus people of Nigeria.”

Omar Belmamoun manages $4 billion of investments in hydro and wind power projects in North Africa as the director general of the private equity firm Brookstone Partners. He spoke with Frontera in London.

We have 20 projects. In Morocco, we focus on medium-size hydro and wind projects. In Cameroon and Cote D’Ivoire, we’re talking about large hydro projects. between 100 and 400 megawatts.

We first decided to start investing in Morocco because in 2010 the government launched a very important initiative in renewable energy, so it was one of the best markets in the sector. After we secured the concessions and permits for hydro projects in Morocco, we decided to become pan-Africans. We had the local team in Casablanca with the engineers and experts, and it was the easiest and most natural shift for us to go to Cote D’Ivoire, Cameroon and Senegal – French-speaking countries. Morocco has strong ties with those countries and our teams in Casablanca felt like they were in the same country when going to Abidjan.

The potential for hydro energy in Cameroon is above 50,000 megawatts. That’s less than the current capacity installed in Africa outside of South Africa – just for hydro. Less than 30% of Cameroonians have access to electricity. We see huge potential. There’s demand for the next 20 years. This gap has to be filled by investors who are ready to take the risks.

Seven years ago, this was a big discussion internally. We decided not to invest in solar yet because it still needs subsidies from governments. Solar is still expensive. We decided to go on subsidy-free projects – wind and hydro are economically viable without any subsidies.

Every country could face the threat of terrorism. What’s happening today is entrepreneurs and investors are changing their way of traveling. Instead of big hotels, we go to small hotels and rent apartments. We’ve changed our way of operating. It’s more challenging but we don’t see ourselves getting out of Africa because of these events.

Next for us is to go to east Africa – to Anglo Saxon Africa. We’ve been very successful in the north, west and central Africa. Today we need to explore other countries, and we’re thinking about Ethiopia, Uganda, Tanzania.

In the hydro sector, there’s nobody. We are among two or three investors globally that are still interested in hydro in Africa. It takes a lot of time. It’s five-to-seven years just to develop a project. It costs 10 times more than developing a wind project in terms of studies. Our investors are long-term, so we have their support.

Our focus on Africa continues tomorrow with a look at Nigeria’s plan to put the nation’s pension assets to work financing infrastructure.

Listen to the full interview with Spero Mensah: