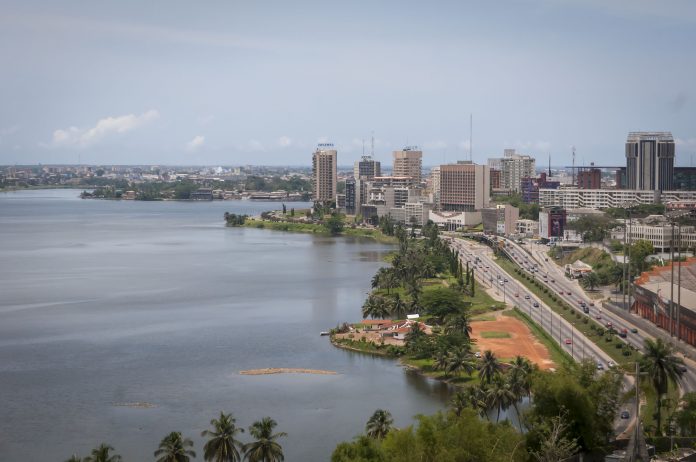 Côte d’Ivoire is a frontier market often overlooked by multinationals as a viable investment opportunity. Here are some brief reasons why investors with a risk appetite should start paying attention.

Côte d’Ivoire is no stranger to violence and political instability. On December 24, 1999, the country suffered its first ever coup d’état at the hands of a military junta led by General Robert Guéï. In October of the following year, Guéï attempted to legitimize his rule by holding an election.

However, when it became clear he would lose, he disbanded the electoral commission and declared himself victor. This caused a violent uprising of his opponent’s supporters— Laurent Gbagbo —leading to the General’s ouster and Gbagbo ascension to the presidency.

Since this period, the country has experienced serious political violence in the form of two civil uprisings from 2002—2007 and 2010—2011. Perpetuating questions of presidential legitimacy and propagating political instability.

Perhaps unsurprisingly (or ironically) Gbagbo, like his predecessor, was also ousted after refusing to accept the results of the 2010 elections. Gbagbo’s electoral opponent, Alassane Ouattara, a trained economist, swept into power after winning the elections and ousting Gbagbo with French military assistance. In late 2011, Gbagbo was arrested and charged on four counts of crimes against humanity committed by forces under his direct command during the violence 2010—2011.

The tide seems to have shifted since Ouattara took office in 2010. He has presided over an average annual economic growth rate of 6.3 percent between 2010 and 2016, and over 9 percent since 2012. Another strong sign of stability was the 2015 national elections—Ouattara’s bid for reelection.

The country was able to avoid a repeat of the extreme levels of violence that followed their two previous presidential elections. It is clear that the economic explosion in Côte d’Ivoire, led to a resounding reelection win by Ouattara, who secured 83.7 percent of the officially tallied votes, and has played a role in tamping down violence in the country.

In 2017, Ouattara also faced political violence and mutinies from the military. However, through dialogue, the government was able to reach a compromise with the militaryending the revolt within a week. These incidents indicate that the country has a long way to go to become a truly stable nation, however, they appear to be embarking on the right path.

Côte d’Ivoire has a population of approximately 23.7 million, 58 percent of which is under the age of 24. Why does that matter? It matters because large percentages of young adults—human capital—can portend sustainable economic growth and an expanding market.

As labor forces around the world decline, the Ivorian government can leverage its demographic profile to maximize its competitive advantage. However, to achieve this, the government needs to continue its investments in infrastructure, healthcare and particularly education.

Only 53 percent of the population under 24 is literate, however, Côte d’Ivoire’s 2016-2020national development plan (NDP) provides a roadmap for the country to increase its educational resources, amongst other investments, and implementation is already underway.

According to the NDP, overall primary school enrollment has increased from 73 percent in 2008 to 98 percent in 2014 and accessibility to education continues to improve. Additionally, the strong economic growth the country has seen over the last seven years appears to be creating the right conditions for a less violent and more productive future, for the expanding population, and an attractive market for foreign investment.

Côte d’Ivoire is a commodity driven economy—world’s largest producer of cocoa beans—and remains sensitive to changes in global commodity prices. However, increasing political stability under Ouattara’s leadership and expanding foreign investment has made the country the fastest growing economy in Africa.

The country remains on a path of strong economic growth even as the agricultural sector, 17 percent of the economy, continues to decline due to poor weather conditions.

Although weather is out of their control, the government has been deft at securing the necessary capital to fund their growth plans. In May 2016, at a donor meeting Côte d’Ivoire was able to secure $15 billion in financial pledges, twice the amount they originally sought from bilateral donors.

Additionally, a 2016 World Bank report indicates that Côte d’Ivoire is emerging as one of Africa’s top performing economies. The report points to the diversification of exports, stronger fiscal and monetary policies, effective public and private institutions, and a competitive business environment. There have even been discussions that by 2020, the country’s growth rate, low debt burden and increasing domestic consumption will elevate it to emerging market status.

Some multinationals are already taking notice. In May 2017, Heineken opened a new state-of-the-art brewery on the outskirts of the country’s capital, Abidjan, having invested €150 million in its construction. Burger King opened its first location in the country in late 2015 and western brands including Nike, Lacoste, MAC, among others have proliferated throughout the country.

Nonetheless, there remain issues that must be addressed including a dearth of reliable market data, high poverty rate—46 percent of the population, high levels of corruption, and limited infrastructure development. Even with these challenges, the Ouattara government appears willing to make the necessary changes and investments to strengthen the country through its commitments in the NDP.

Despite its recent history, Côte d’Ivoire is certainly emerging as a powerful economic player in West Africa and is worth paying attention to.

Brent Robinson is an Analyst for Global Risk Insights. As originally appears at: http://globalriskinsights.com/2017/09/cote-divoire-should-no-longer-be-overlooked-in-the-market/