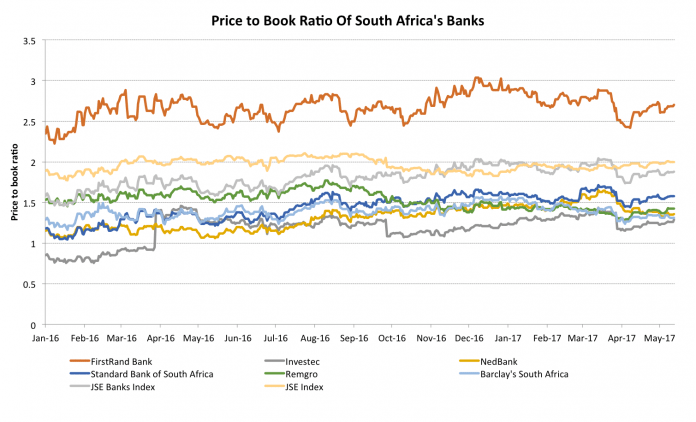 This is post 4 of 6 in the series “Is South Africa On The Edge Of A Cliff?”

South Africa’s (EZA) banks started 2017 on a strong note as their valuations were attractive and economic outlook was improving with the expectation of low-interest rates and a strong rand. After S&P downgraded these banks last month, their shares plunged. Changes to the cabinet and removal of the cabinet minister has led to higher bond yields, a fall in the country’s currency and a weak GDP growth outlook. All these factors are negative for the banking sector and have led to a sharp fall in bank share valuations.                   Recent price weakness may provide an opportunity for investors to go shopping for inexpensive banks with solid fundamentals. 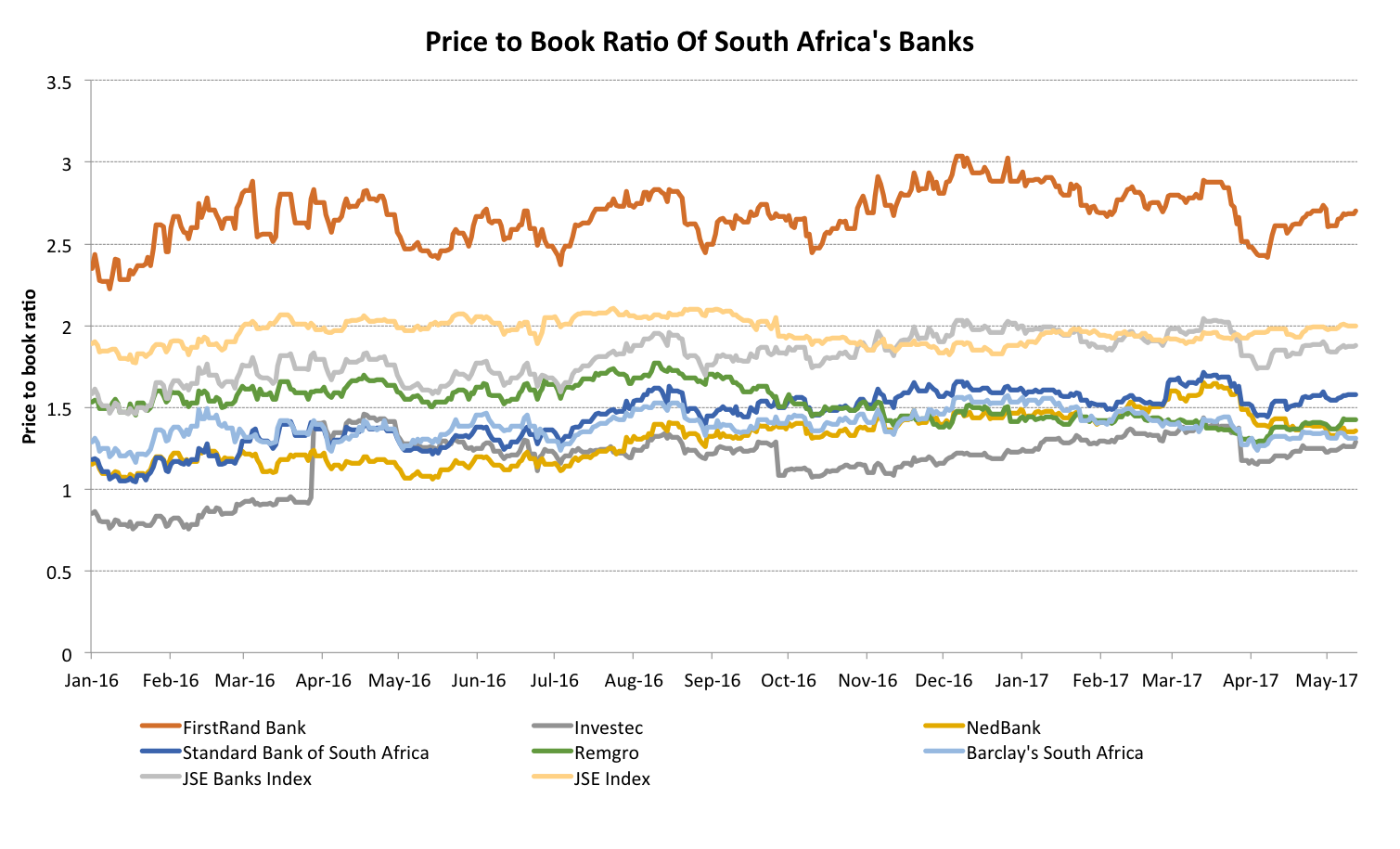 Generally, banking stocks (XLF) trade between 1x and 2x their book values. Stocks trading lower than their book values attract investor attention because they’re considered to be generating extremely poor returns. The PBV (price-to-book value) compares a company’s current market price to its book value. These ratios are commonly used to compare financial services firms because most of a bank’s assets and liabilities are constantly valued at market values. If a company trades lower than its book value, it means that either the asset value is overstated or the company is generating a poor return on its assets.

This is post 4 of 6 in the series “Is South Africa On The Edge Of A Cliff?”