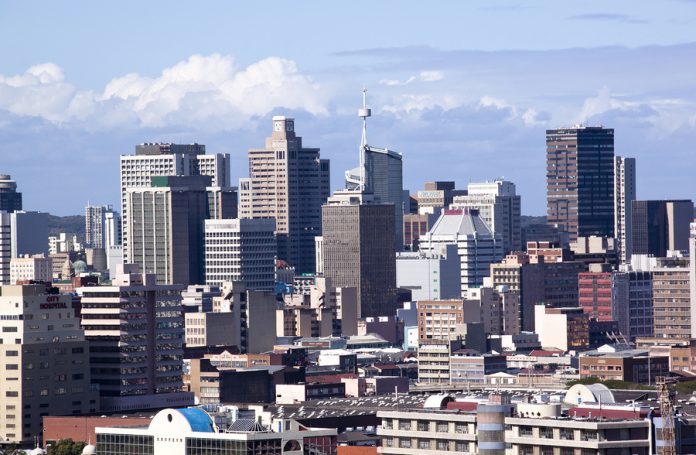 The sharing economy a la Uber and Airbnb threatens African businesses and society when imposed from outside: Made in Africa solutions are fighting back.

The emergence of the sharing economy has disrupted many industries, with vanguard companies like Uber and Airbnb leading the way. Despite emerging from Silicon Valley and flourishing in traditional Western markets, proponents of the sharing economy are increasingly turning their attention to Africa as the next big, billion person opportunity. It is not just American companies looking to expand into Africa, but also China’s Tencent, which selected Namibia as one of its choice locations for the initial global roll out of its QQ app – the third largest social media app in the world after Facebook and Whatsapp. Africa’s economic, demographic and infrastructural profiles all point to a viable environment for the ideas of the sharing economy.

With an emphasis on cost and risk sharing, disruption of stagnant business models and consumer choice, companies like Uber and Airbnb see the continent as a perfect fit. Indeed, Airbnb saw a 143% increase in users in Africa in 2016, with aims to double that number in 2017 to 1.5 million. The company is looking to capitalize on growing tourist numbers as well as the lack of sufficient brand name budget and mid-tier hotel establishments. Similarly, Uber’s rapid global expansion has not missed Africa, with the firm having become the continent’s dominant ride-sharing app.

Proponents of the sharing economy tout the economic and social benefits that companies like Uber and Airbnb are bringing to African countries; however, the question remains who exactly is benefiting. Similar questions have been raised elsewhere, but they are doubly pressing in Africa, given the region’s development goals and aspirations.

The fundamentals driving the sharing economy are nothing new to Africans, who have long relied on personal connections, individual entrepreneurship and organic networks to meet their needs. Kenyan blogger Limo Tabor explains further: “Kenyans have always had a second job, or rented out a spare room, or shared their cars, making bargains here and there. What is new is that companies like Uber and Airbnb have formalized the sector.”

On the one hand this longstanding affinity for sharing economics positions Africa as a good match for companies like Uber and Airbnb. The key behind the sharing economy is enabling people to monetize existing assets, yet many ordinary Africans are already doing this. Given the prominent roles that the informal economy plays in most African nations, combined with limited state oversight and enforcement, and prevalence of mobile technology, Silicon Valley is not bringing anything new to the equation.

This is not exactly true, what companies like Uber and Airbnb are doing is inserting themselves into existing informal sharing dynamics, acting as corporate middlemen and facilitators. This causes two main problems. The first is that the entrance of multi-billion corporate giants into informal economic models drastically shifts the balance of power, disrupting existing livelihoods. This has been documented by the pushback against companies like Uber across the world. The issue is that many Western Uber and Airbnb users use these apps as ‘gigs’ – sources of additional income, which in turn provide greater flexibility.

The under-developed formal sectors and high unemployment (especially among youth) in many African countries has independently created the sharing economy out of necessity. Companies like Uber and Airbnb also take a share of profits that African ‘sharers’ would normally keep. Moreover, existing networks are organic, local, and far more responsive than mega-corporations headquartered on the other side of the planet. The ‘contractualization’ of work has been blamed for the erosion of workers rights and protections, a trend which only undermines the already existing, substandard working conditions and benefits many African employees face.

The second issue is that the entry of companies like Uber and Airbnb stifles local entrepreneurs seeking to build formal, grassroots businesses by capitalizing on their informal networks. This means that the sharing economy – as imposed from outside – retards economic activity at both ends of the informal / semi-formal sector. This is not to say that all the externalities of Silicon Valley’s version of the sharing economy are bad for Africa. Rather it highlights the dangers to homegrown African businesses, as well as opportunities for Africans to leverage their local knowledge and networks to beat Uber and Airbnb at their own game.

East Africans are well used to taking the ubiquitous matatus; privately owned minibuses often brightly coloured and blasting catchy music to attract customers. East Africans also know that as soon as it rains the matatu fares rise sharply. While Uber also (controversially) implements flexible pricing, the company quickly grew in the region by presenting itself as a safer, more reliable and more convenient (accessible via smartphone) option. While this may hurt the business of matatu and taxi drivers, Uber’s first mover monopoly hinders local companies from also exploiting the market. 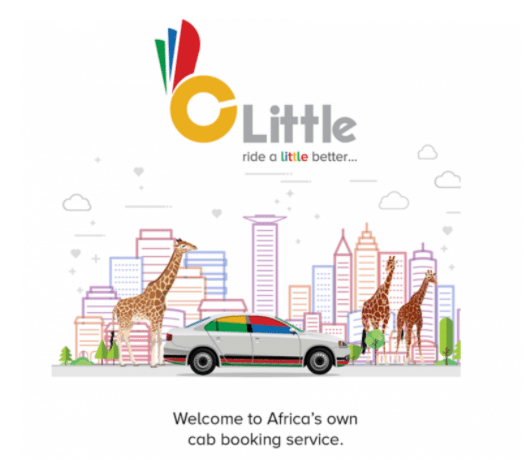 The most successful has been Kenya’s Little Cabs. Run by Safaricom, the company behind another African success story, M-Pesa; Little Cabs has seen explosive growth, hiring 2,300 drivers and gaining 90,000 active accounts in its first five months. M-Pesa, which has 30 million users across 10 countries, offers mobile money services, and has been a significant regional economic driver. By leveraging its large user base and dominant mobile money market position, Safaricom is connecting M-Pesa with Little Cabs. Specifically, Little Cabs offers users riders free wi-fi as well as the option buy discounted airtime, with drivers earning a merchant’s fee. Little Cabs also allows payment with M-Pesa, a step-up over Uber which waited months before introducing cash payment options.

Safaricom’s superior knowledge of its market allows it better serve African riders, as well as capitalize on consumer demographics – such as the low rates of credit card use – a stumbling block for foreign competitors used to Western markets. Little Cabs plans to expand to Uganda and Nigeria in 2017.

Airbnb’s impressive African growth rate has also led to increasing criticism of the sharing system which it fosters. Given the importance of tourism for many African economies, the potential disruptive power of Airbnb is substantial. While Airbnb can certainly benefit African economies by broadening accommodation choices, thus increasing potential tourist numbers, it also threatens what for many African countries is one of the few, large non-resource based employers. In order to attract foreign tourists, African hospitality sectors have had to cultivate responsive and accountable industries. This represents an important boost to both economic and social capital and helps reinforce transparency and accountability. 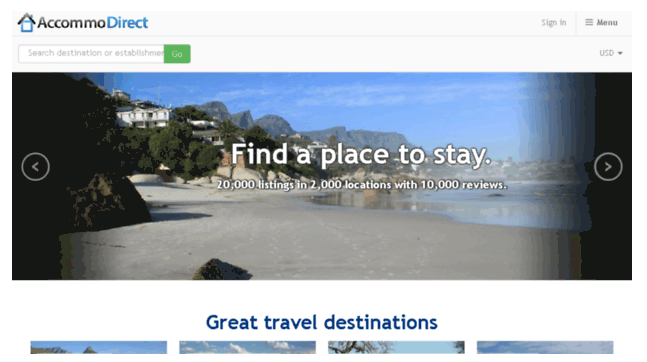 The rise of Airbnb users in countries such as Namibia has seen a rise in lodgings not registered with national tourism boards and therefore not properly taxed by governments. “Everyone thinks that tourism is the answer, and so all are jumping on the bandwagon for a quick buck. Neither HAN [Hotel Association of Namibia] nor the NAB [Namibia Tourism Board] has problems with people wanting to come on board, but they have to follow the same procedures as registered members,” argues HAN’s Anett Koenig.

One alternative to Airbnb has been a focus on national and local listings in order to provide deeper results than Airbnb’s international selection. This is the approach taken South Africa’s Accommodation Direct, which boasts 20,000 listings for some 2,000 locations across South Africa. Drawing on local knowledge and contacts, Accommodation Direct’s country-specific focus gives it an advantage in providing more varied and cheaper offerings than Airbnb. This is clear given that Airbnb only has 77,000 listings (out of its over three million global total) for the entire continent, compared to Accommodation Direct’s 20,000 for a single country.

African takes on the sharing economy

There are a host of exciting African inroads into the sharing economy, some 100% domestic, others a beneficial blend of Western and African know-how. One example of the latter is Medici – a healthcare app which allows for remote consultation and medical advice. Founded by South African chiropractor Clinton Phillips, Medici draws on his frustrations with the American healthcare system. Drawing on his experiences with America’s fragmented healthcare system, Phillips partnered with Israeli-founded Hello Doctor, a group already serving 400,000 in South Africa. Together they are working on amplifying the power of healthcare providers by increasing availability, lowering costs and increasing patient flow. Hello Doctor and Medici are also targeting specific local hurdles including refining the app for low-bandwidth environments and non-smartphone users.

Then there is Nigeria’s answer to Amazon, Jumia – an online retailer with five million subscribers, 15 million monthly users and a presence in 16 countries. Jumia was also the first African company to win the World Retail Award in 2013.

In Tanzania there is the newly created Worknasi, an online platform for office and meeting space sharing for businesses, freelancers and other users. While similar apps exist elsewhere, the office sharing market is virtually untapped in Africa. Co-founder Edgar Mwampinge hopes his company can help other African entrepreneurs access the kinds of facilities traditionally closed to them. “As a startup you can’t afford to spend huge amounts of money for an office: that is too risky because you can’t predict what will happen in a year, let alone three months.” 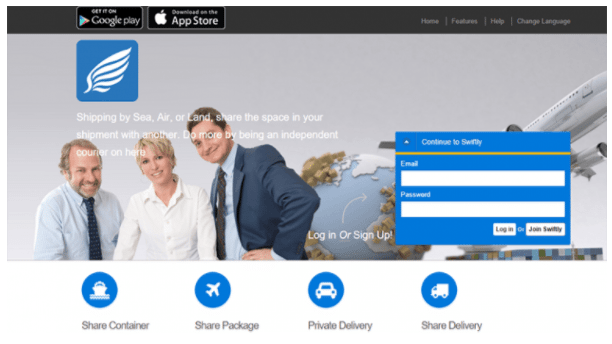 In Ghana, Swiftly has entered the sharing economy by facilitating the sharing of shipping containers. “If there can be ride sharing or apartment sharing, there can also be the sharing of shipment space,” explains CEO Edem Dotse. By seeking out empty space in shipping containers, Swiftly reduces shipping inefficiencies, and facilitates shipping for SMEs and individuals who could otherwise not afford to do so. By sharing costs and collaborating, Ghanaian businesses and individuals can access land, sea and air goods transport. This is especially important for economic diversification and the key role played by SMEs in overall economic health. Moreover, greater access to shipping facilitates more access to international markets, allowing more companies and individuals to export sooner, helping drive sustainable export driven growth in Ghana and beyond.

While similar services exist outside Africa, Swiftly aims to corner the regional market and distinguish itself by not charging consumers a matching fee. Instead, Swiftly generates income from fees leveraged on freight forwarders, who in return save money on advertising budgets and are connected with more customers, hassle free.