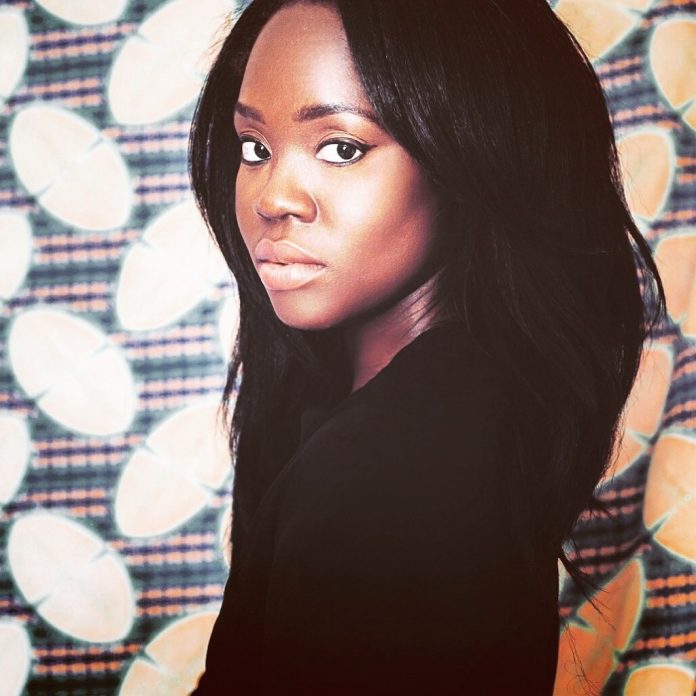 Adiat Disu is on a mission. Through her communications and branding agency, Adirée (a play on the word “Adire”, an exquisite indigo-tie-dyed wax cloth from her native Nigeria), Disu aims to re-brand Africa as a top destination for luxury fashion brands. Her goal is no small one: High fashion has typically been seen as the purview of four cities — New York, London, Paris, and Milan – but if anyone can show the world how high-end African fashion can be, Disu is the one to do it.

She knows what she’s up against. “The main battle is against western stereotypes that associate Africa with death, disease, war, and famine,” she said. “These pre-conceived notions about the continent create a huge disconnect between Africa and the global concept of luxury.” But replacing that narrative with one about the synergy between African brands and eco-conscious, socially aware consumers is a significant start to bridging the gap. “The power that Africa’s brands have is in their endless supply of stories to tell,” Disu said, and in a provenance-obsessed world, where people want to know what farm every radish in their salad comes from, this kind of heritage matters to consumers.

Partnerships have also proved key in overcoming these challenges in perception. Disu spends her time sourcing just the right global partners, brand ambassadors, and retail outlets (including pop-up shops) for her clients to strategically align with. Some of the partnerships that Adirée has facilitated for her clients include marquee names like the United Nations Foundation, BMW, Glacéau, and Iman Cosmetics.

If partnerships are one key to Adirée’s success, the digital arena, where an ever-growing amount of the world’s commerce takes place, is key to procuring them. Digital research and outreach is cost-effective, efficient, and erases the geographical boundaries that might be formidable for a company operating out of, say, Botswana. And digital is also one of Africa’s growing advantages as a source of entrepreneurial talent. 75% of Africa’s population is under 35, and social, digital, and mobile technologies are the primary language of that demographic, Disu said. She believes this fluency will only accelerate African entrepreneurship in places where basic needs like electricity and access to clean water are met.

Offline, Adirée is expert at cultivating and nurturing relationships that sprouted both digitally and in person. Disu’s laser-sharp focus at events that link investors, project sponsors, and small and medium-sized enterprises is to create an atmosphere where relationships are built and cultivated and deals can be struck.

One of Adirée’s flagship accomplishments, Africa Fashion Week, is a prime example of this focus. Africa Fashion Week has generated significant press and buzz in generally blasé top-tier fashion cities New York, London, Paris, and Milan. Disu’s goal in developing the event was to not only help brands navigate the world’s top fashion capitals, but also to help them integrate their companies with the global fashion calendar. Showing at Africa Fashion Week, Disu said, upped the luster of designers like Fikirte Addis (out of Ethiopia), Sarfo of Styles (Ghana), and Geraldo Fashions (Angola) when they came home to Africa, and that surge in local popularity in turn increased their prominence on the global stage. Such cyclical win-wins are a hallmark of Adirée’s operating style. Geraldo Fashions co-founder Lauretta Geraldo said appearing at Africa Fashion Week, “aided in creating and solidifying a good base of media contacts and exposure, a large clientele list, and brought greater recognition of the label’s creativity on a national and international level.”

Disu’s tips for investors looking to do business in Africa? “First and foremost, remember that Africa for the most part has 54 distinct markets,” she said. “Whichever industry investors choose to look into should be on a clear upward trajectory, and investors should devote time to investigating the ease of doing business in each country.” Researching local regulations, social hierarchies, and the top players in an industry in a given country should also be priorities, she said.

“One key to creating a global brand is having global partners and people you trust,” Disu said. Adirée acts expertly as just that. Disu, who has lived both in Africa and in the US, saw it as her responsibility to the continent of her birth to help fledgling African designers find their place in the global economy. “Since I had experienced living in both words, I conceptualized Adirée to act as an ‘architect’, she said, providing exact blueprints to new entrants to each market.” From the sound of it, construction is booming, and investors would do well to keep an eye out for luxury goods, yes, out of Africa.