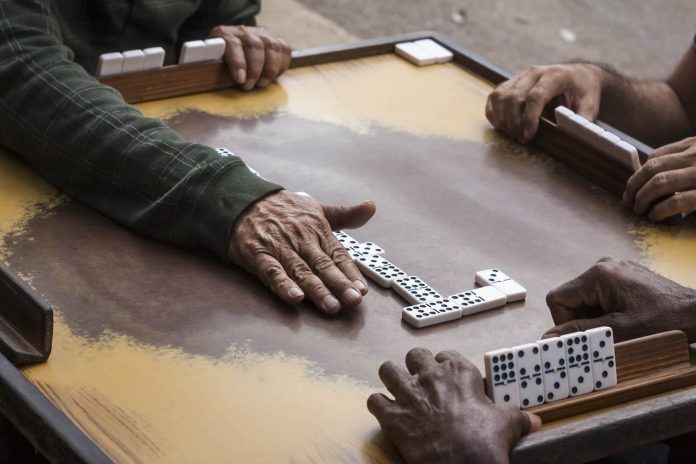 In the euphoric moment of a new Uganda, President Yoweri Museveni reflected on his predecessors: Idi Amin and Milton Obote.

“The problem of Africa in general, and Uganda in particular, is not the people but leaders who want to overstay in power.”

That was in 1986. Three decades on, Museveni is the poster child for third-termist presidents.

It’s a phenomenon that risks plunging nations into civil turmoil and undermining democratic gains along with foreign investment.

While historically, Sub-Saharan politics has been characterized by a pattern of infinite presidential mandates toppled only by violent coup d’états, that trend had been subsiding. Elections of recent years might not always have been free or fair, but change of government involved far less bloodshed than in previous decades.

But now, the totalitarian ruler is reawakening.

With elections looming in several African nations, the continent’s aging ‘Big Men’ are loathe to relinquish their grip. Instead, they’re plotting against the constitutional guarantees they themselves created to foster strong democracy through regular and transparent change of leadership.

“Undemocratic constitutional changes and legal loopholes should never be used to cling to power.” His plea is unlikely to influence the old authoritarians.

Despite warning of the dangers of prolonging a presidency, Museveni has made this his art form.

The National Resistance Movement leader combined his political and financial influence to persuade legislators to remove his constitutional term limit in 1985. He went on to win the country’s first multi-party elections in a quarter of a century in 2006.

Through political and legal manipulation, he was again successful in 2011 and 2016, his fourth and fifth mandates.

The last victory – sealed by violence, voter intimidation and electoral fraud, and under the constant threat of a military coup – has set alarm bells ringing across the continent.

Museveni meanwhile is more than likely considering his next constitutional ruse. At 71 years old, he’s due to begin hacking away at the constitutional age limit for presidential candidates: 75.

In his New Years’ Day message of 2008, Biya argued that it was undemocratic to limit the people’s choice of presidential candidate. The National Assembly obliged and four months later voted to remove the two-term limit.

Significantly, the reform also guaranteed the president immunity from prosecution upon leaving office.

Yet, at the age of 83, Biya shows no sign of leaving amid the growing chorus for him to step down at the end of his term in 2018.

Republic of Congo: The Latest

Congo’s ban on two-term presidents over the age of 70 seeking re-election proved no bar for Denis Sassou N’Guesso extending his 31-year rule.

His Congolese Party of Labour organised a national referendum last October. N’Guesso won by a landslide of 92% of votes, helped by low turnout in the capital Brazzaville and reported exclusion from the process for several ethnic groups.

With the opposition disorganized and suffering intimidation by government security forces, N’Guesso went on to clinch last month’s election with 60% of votes, rendering Congo the latest victim of the third-termism curse.

Against that backdrop, a constitutional referendum in December to permit Kagame to run for a third term in office in 2017 claimed a 98% ‘yes’ vote. It hands the President the right to govern until 2034, a prospect that has drawn condemnation from the US and European Union.

If anyone was in doubt, Kagame confirmed on New Year’s Day that he would seek re-election for a third term in 2017.

Benin’s reputation as one of the most stable democracies in West Africa took a hit in 2013 as a proposed amendment to the country’s constitution sparked a coup attempt.

As President Thomas Boni Yayi, Benin’s leader since 2006, approached the end of his second and final presidential term a year ago, speculation was rife that he would attempt to amend the constitution, emulating Kagame’s recent success in Rwanda.

However, the President’s purported ambitions were undone by parliamentary elections. Although the ruling Emerging Benin Party won the poll with 33 seats out of 83, it failed to secure the absolute majority needed to revise the constitution.

Thwarted, the President last month finally abided by the constitution’s term limits and stepped down, winning him extensive praise from the opposition, civil society and the international community.

While this has salvaged Benin’s image as a model democracy in sub-Saharan Africa, it’s more likely to prove the exception than the rule.

While it was long suspected that President Joseph Kabila might attempt to amend or even rewrite the Democratic Republic of Congo’s constitution to retain power, he has instead leveraged his influence over the national electoral commission to delay the vote.

According to the National Independent Electoral Commission, or CENI, it will take over 13 months to partially revise the voter register for the election to be held, while a full revision would take 16 months. Some 7 million new voters aged between 18 and 22 need to be enrolled, and as many as 1.6 million deceased and 300,000 duplicate voters must be removed.

The stalling has fueled speculation that Kabila hasn’t yet found a trustworthy successor who he could manipulate from behind the scenes after stepping down.

The president, who took power following his father Laurent-Désiré Kabila’s assassination in 2001, is likely to have been emboldened to cling to power indefinitely by the success of his counterparts in Rwanda and Congo.

Until recently, Burundi had shown signs of much-needed stability after a devastating 12-year civil war. However, President Pierre Nkurunziza last April made a rash move to seek a controversial third term – contrary to the 2005 power-sharing peace deal that ended the war and a parliamentary vote categorically rejecting such a move.

His bid sparked mass civil unrest, which was in turn met with arbitrary arrests and countless executions by state security services. The military – notably cheered on by civil society – responded with an attempted coup in May 2015 during Nkurunziza’s state visit to Tanzania

Nkurunziza loyalists within the state security apparatus pacified the situation in a matter of days and amidst an opposition boycott against last July’s election, the President claimed victory in a severely opaque poll.

Burundi has been in a state of perpetual unrest since then, with widespread violent demonstrations, large refugee outflows, and the propagation of significant ethnic tensions.

Africa’s wave of third termism sets a dangerous precedent. While the vast majority of Sub-Saharan states have witnessed at least some democratic progress in the last couple of decades, the lack of regular leadership change presents a staunch barrier to future development.

A rise in violent demonstrations, state-sanctioned violence, the threat of military coups, and mass civil unrest will increase the movement of internally displaced persons and refugees trying to escape the turmoil. It is estimated that 200,000 Burundians have fled to Rwanda, Tanzania and the DRC.

Naturally, this will affect the economy of the surrounding countries by adding to public and social welfare costs. Many countries will witness a decline in foreign direct investment as multinationals, unwilling to take the political risk, pass over lucrative opportunities.

The threat in Central and Eastern Africa of regional ethnic tensions has multiplied since Burundi plunged into chaos. Specifically, the Hutu-Tutsi ethnic dynamics – that have been an ongoing point of contention since the 1994 Rwandan Genocide – resemble a tinderbox threatening to explode into an interstate civil war dragging in Burundi, Rwanda and the neighboring DRC.

The Hutu-led Democratic Forces for the Liberation of Rwanda (FDLR), based in the eastern DRC, are likely participants in Burundi’s unrest, according to Rwanda’s Foreign Minister, Louise Mushikiwabo. There are reports of rebels crossing into neighboring territory.

Whether Africa’s presidents are seeking third terms for autocratic or financial ambitions – or through fear of domestic or international prosecution upon leaving office – the net result is the same: democracy is stifled.

As individuals like Uganda’s Yoweri, Cameroon’s Biya and Congo’s N’Guesso show electoral success while consolidating their stranglehold on political power, this will only embolden other heads of state to follow suit.

Most significantly, it appears that western governments are less willing to intervene in third term disputes, in part due to the presence of entrenched economic interests in African markets. Recent developments in the Congo, for example, went largely ignored by the international community due to the presence of major oil companies in the region; France’s Total, Italy’s ENI, the UK’s Tullow, and California-based Chevron all have significant operations in the region.

This resolve to protect western interests itself sets a dangerous precedent, whereby dictators will be emboldened to remain in power safe in the knowledge that the international response will most probably be muted.

In the coming years, the events witnessed in Burundi may be replicated in countries like Angola, Equatorial Guinea and Zimbabwe, where incumbent presidents have been in office for more than three decades.

Autocratic rule, regional instability and a lack of respect for democracy or basic human rights will deter many investors irrespective of the profitable opportunities available. As emerging African nations seek to attain the status of successful middle-income countries, the repression of democracy severely undermines these ambitions.

The author is Luke Doogan, Africa Analyst at West Sands Advisory Limited. After working in the energy industry in Ghana, Luke has focused on investigating the intricacies of how informal networks exert influence over political and commercial decision-making throughout Sub-Saharan Africa. West Sands is a business intelligence, investigations and political advisory firm that has, since 2006, helped clients identify opportunities and reduce risk in emerging and frontier markets. www.westsandsadvisory.com