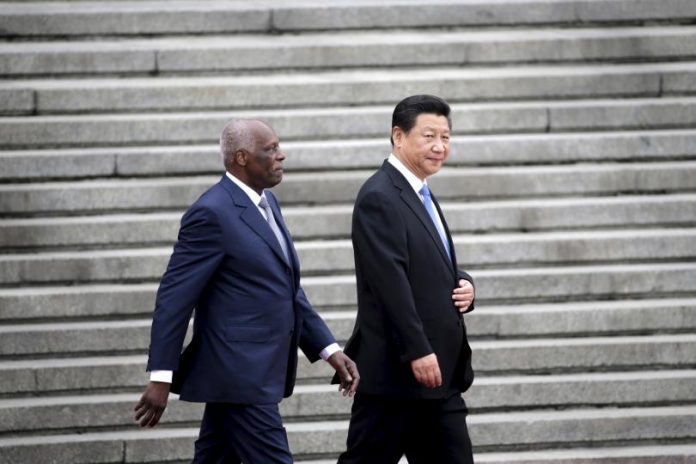 Angolan President José Eduardo dos Santos is used to getting his own way.

In office since 1978 – displaying staying power topped only by Gaddaffi among Africa’s big men – he recently demonstrated his omnipresence by putting his daughter in charge of the state-owned oil company Sonangol. This enormously powerful entity controls the nation’s crude production, with notorious disregard for accounting and financial norms that serve only to enrich Dos Santos and the country’s elite.

Given such blatant corruption and mismanagement, it was no surprise the Angolans balked when the International Monetary Fund began demanding as a precondition for further lending evidence of fiscal reform. In Luanda, this term roughly translates to greater scrutiny of government accounts and the opaque oil sector.

So Angola last month dramatically ended its ongoing talks with the IMF – scuppering a proposed $4.5 billion loan. Make no mistake: this is money that Angola badly needs. Government coffers have been depleted and the economy has faltered from the glory days of 12% annual growth amid the collapse of oil prices and longer-term failure to diversify away from its primary export and revenue earner.

The country at large is suffering. Inflation has taken off, reaching 31% last month. The kwanza has dropped by 35% against the dollar over the course of 2016 and even further on the black market. The government has taken an axe to the national budget – down by 53% last year, putting European austerity into perspective.

These cuts have hit the poorest hardest. Health and education budgets were among the first to be slashed. Funding for malaria medication has virtually disappeared; the deadly disease as a direct result has been in resurgence across Angola.

It’s only thanks to attacks in the Niger Delta cutting Nigerian crude supplies that Angola briefly became sub-Saharan Africa’s biggest oil supplier. Unless the price of fuel soars, Angola will very soon need to find an alternative source of finance.

Given few analysts are anticipating any such increase in oil, and the IMF isn’t play ball with the Dos Santos regime, Angola has tried tapping the private sector, including loans from Standard Chartered and Gemcorp. It’s also approached the South Koreans – but any funding is likely to prove paltry next to Angola’s most tried and tested source: China.

Since the end of Angola’s civil war in 2002, China has become the main external influence on the country. Its state-owned banks have lent $20 billion, representing a quarter of all Chinese lending to Africa. Much of this money has gone into massive construction projects carried out by Chinese firms: roads, bridges and housing – all sorely needed after decades of civil war that left the country and its infrastructure shattered. The Chinese were applauded for their business-like attitude and ability to turn around construction quickly and to a high standard.

But more recently, the applause has turned into resentment. The Chinese don’t offer enough quality jobs to locals, is the complaint echoing across Angola as it is the rest of Africa. Beijing’s backing has also helped cement Dos Santos’s grip on power.

From China’s perspective, Angola is a key African ally as the second biggest supplier of crude after Saudi Arabia. But the relationship is being severely tested. Only last October, Angola received further loans from China and it’s already asked for an extension on a now sizeable debt load.

Unlike the IMF, China doesn’t demand conditions on transparency. But it’s also unwilling to throw money at a country that has no means, in the short term at least, of paying it back.

And Beijing has been burnt elsewhere by countries dependent on natural resources. Venezuela owes $65 billion to China. The economic imperative of propping up oil-dependent regimes is fading fast.