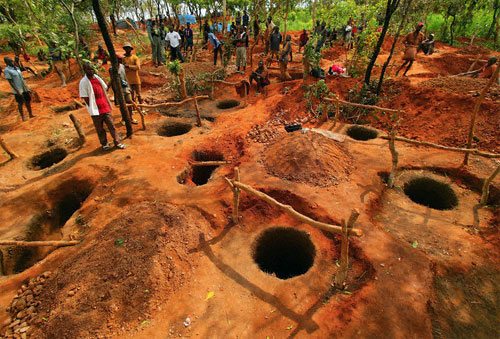 Australian company Lucapa Diamond (ASX:LOM) has uncovered a colossal 104-carat diamond from its mine 600 kilometers east of the Angolan capital of Luanda.

The D-color diamond is the fourth stone over 100 carats that Lucapa has found this year. In February, it uncovered the largest diamond ever found in Angola, a 404-carat rock. The diamond was classified as a Type IIa, a category of clarity that includes less than one percent of the world’s diamonds, and eventually sold for $16m.

Lucapa’s chief executive officer, Stephen Wetherall, believes the company is nearing the major deposit from which the large stones have been coming from this year, “We are quite excited because when you recover these large diamonds, they generally don’t travel very far and if we’re going to be recovering these in the source, most certainly we will have one of the most special diamonds in the world.”

The company announced in May that is would be investing $7 million in the coming months to upgrade its Lulo mine in Angola, where the majority of its major stones have been found. In July, Lucapa, which is currently listed in Sydney and Frankfurt, publicly stated that it was considering a listing on AIM in London.

Then on 15 September, just days before it’s most recent discovery, Lucapa announced that it had record processing volumes last month with diamond production at its Lulo Project in Angola totaling 2,882 carats, which the company said was its second best month on record.

Angola is the world’s fifth largest diamond producer by value and sixth largest by volume. In early 2016, the government reduced taxes and liberalized state ownership requirements in attempt to revive the industry after the global financial crisis forced many companies to close diamond mines across the country. Lucapa has been operating in the country since 2008 with its joint venture partners, state-owned diamond company Endiama and local private firm Rosas & Petalas.