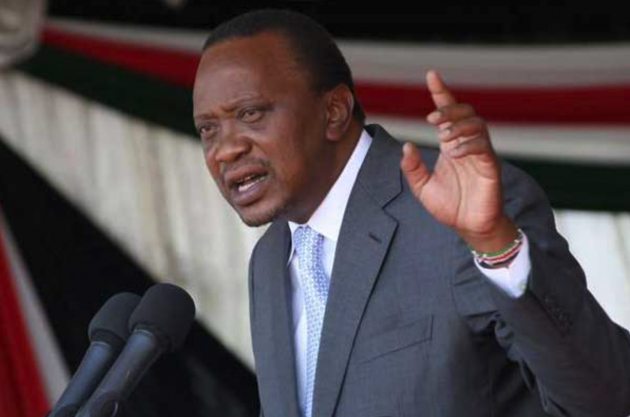 Four years ago, Uhuru Kenyatta reneged on an agreement to appoint one of his political rivals, Musalia Mudavadi, as the preferred presidential candidate for their political coalition. According to Kenyatta, he’d been forced to sign the pact under the influence of dark forces – Shetani, or Satan.

So, is Shetani still in Kenyatta’s mind? His recent signing of the interest rate cap bill – in the face of the advice from the Central Bank governor on the negative consequences this could have for banks and the economy – can’t be fully explained by rational economic reasons. The decision may have been influenced by the close proximity of the 2017 presidential elections.

The law, assented to by Kenyatta on Tuesday, would cap interest rate charges at a maximum of 4 percentage points above the monetary policy rate, which currently is 10.5%. The bill would also provide a minimum savings rate at 70% of the MPR. The rules could be in force by the end of September.

Although there are good political reasons for Kenyatta to sign the bill, such a radical repression of interest seems to run contrary to the traditional Kenyan philosophy of free markets. It also runs against the fundamentals of Kenya’s growth model: Kenya has been able to maintain real economic growth at almost twice the average in Sub-Saharan Africa precisely because it relies on investment, as opposed to consumption or exports.

Credit growth has outpaced overall economic growth by a significant margin over recent years. By squeezing banks’ returns through interest rate caps, there is a risk that the government will also slow overall GDP growth by constraining lending.

Shrinking margins will reduce banks’ profitability below their cost of capital. We estimate the average lending rates for CFC Stanbic, Co-op, Diamond Trust, Equity, KCB and NIC could decline by 2.8 percentage points to 11.9% next year, and the average deposit rates could increase by 70 basis points to 5.7%.

On that basis, banks’ average net interest margin could shrink by 26%. This would reduce average return on equity by 8.3 percentage points to 9.7%, compared with a cost of equity at 16.5%.

There are some important issues for the macro picture.

First, some context: the battle over interest rates has been running for several years in Kenya. The National Assembly has tried on two previous occasions to cap rates – only to be vetoed by the President. MPs would propose caps as a populist measure and the president would strike it down with a promise of banking sector reform through other means.

Beyond the potential impact on GDP growth, the new law could also affect Kenya’s ongoing banking sector clean-up. If banks are suddenly unwilling to grow their loan books and unable to generate sufficient capital internally, their ability to recognise and absorb legacy non-performing loans is reduced. As a regulator, the central bank probably can’t push as hard against lenders knowing that it could force capital raising at a time when returns on equity are in decline – or worse still, trigger a run on banks of the kind we saw earlier this year with Chase.

For now, the upshot for Kenyatta is that he can present himself as a defender of popular interests, which will undoubtedly go down well in a pre-election year. Endorsing such sentiment are the covers of Kenya’s three major dailies.