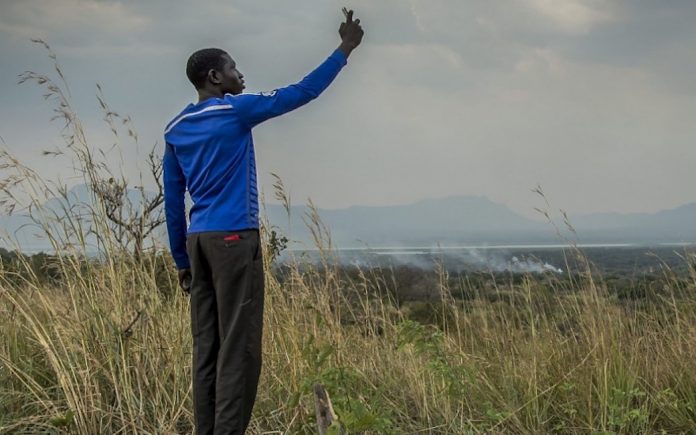 March 7th marked fifty days of no internet access for Cameroon’s English speaking regions. Cameroon’s government has instituted harsh reprisals and an internet blackout in English speaking regions after months of protests initially begun by lawyers demanding translations of legal texts and a halt to the appointment of francophone judges. Protests have since widened, with schools shut down as teachers joined the struggle citing the preference for francophone instructors. Moreover, various businesses are also showing their solidarity by shutting their doors on Mondays, Tuesdays and Thursdays.

Many banks are closed and ATMs are not working which, together with the lack of internet access, is plunging the regional economy into chaos. The shutdown is calculated to have already cost anglophone Cameroon $1.39 million, a conservative estimate that does not include the large informal economy, as well as the long term effects on supply chains and blocked remittances from expat Cameroonians. The internet blackout also means that NGOs cannot report to funding partners or coordinate their activities. Similarly, local businesses are losing foreign contracts and receiving complaints about response times.

This is especially worrying as anglophone Cameroon, and tech-savy Buea (nicknamed Silicon Mountain) in particular are home to Cameroon’s growing tech scene. The internet blackout is crippling a vibrant and growing sector at a time when Cameroon is having to deal with lower commodity prices and slowing economic growth (down to 4.2% from 4.8% in 2016): the government is also considering a two year IMF aid program. 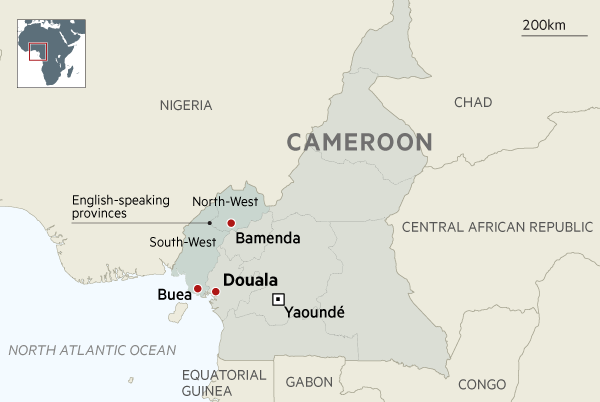 Anglophone Cameroon is also home to five of the country’s seven seaports, with the blackout seriously threatening Cameroonian trade, as well as the country’s role as a key transit hub for landlocked central Africa. Cameroon’s trade with Nigeria is also under threat, especially since the border was only fully reopened for the first time in three years in December 2016. With bilateral trade ties still recovering from Boko Haram and the ensuing security clampdown, an internet blackout is the last thing the region needs.

The internet blackout is forcing Nigerians working in the Cameroonian tech sector to return home, and putting Nigerians living in Cameroon in danger. Ongoing police brutality against anglophone Cameroonians threatens to embroil Nigerians – Cameroon’s largest foreign community – who mainly reside in the English speaking west. Nigeria’s longest border is with Cameroon, and many of the nine trade corridors along the border connect to the anglophone west. Consequently, Nigeria has already seen a drop in exports and faces a potential loss of $732 million in cross-border trade as the internet blackout continues and stability in anglophone Cameroon continues to deteriorate.

The rise of internet refugees

The internet blackout and accompanying violence is creating internet refugees, as anglophone Cameroonians undertake perilous journeys dodging checkpoints and roving police gangs into francophone regions in order to acquire internet access – “I am a refugee in my own country” notes one anonymous community manager. Internet access is no longer considered a luxury, with many international organizations, and even some states, considering it a human right. Interestingly, it is Africa, not Europe or North America that boasts the highest percentage of respondents who consider internet access a human right. Moreover, UN Special Rapporteur for freedom of expression David Kaye has called Cameroon’s internet blackout “an appalling violation of [anglophone] rights to freedom of speech” and a breach of international law. 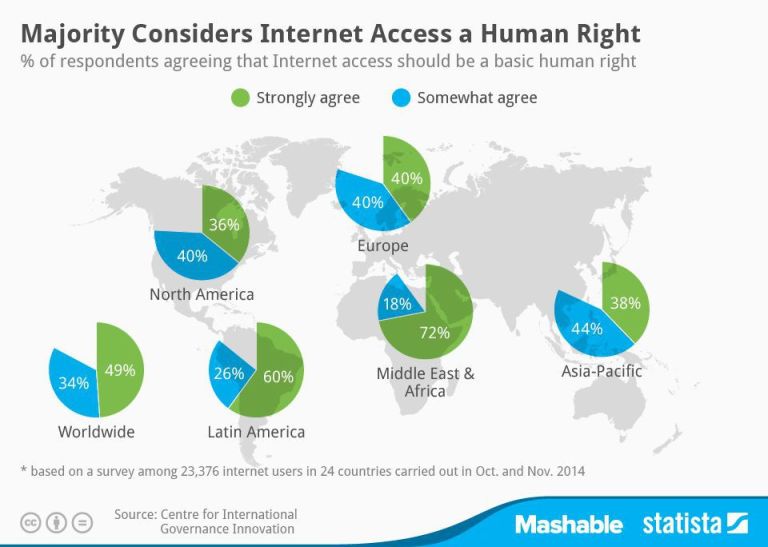 While many are relocating to francophone regions in order to secure internet access, others are opting to enter Nigeria, with immigration officials in Ekok, Cameroon noting an influx of Cameroonians entering Nigeria. These internet refugees include Neba Kitts, a student who is heading to Ikom, about one hour’s drive into Nigeria in order to continue his studies. “I do not intend to return to Cameroon until Internet is restored,” Kitts remarks.

In areas still with internet access and among sympathizers abroad, the hashtag #BringBackOurInternet is trending, with hundreds of youths chanting the slogan in the western city of Bamenda during a visit by Prime Minister Philemon Yang. Even Cameroon’s victory in the Africa Cup of Nations has become a venue for dissent, with national team goalkeeper Fabrice Ondoa declaring his solidarity with anglophone Cameroonians. Ondoa’s comments went viral and are just one part of wider efforts to use sport as a vehicle to protest in football-crazy Cameroon.

Indeed, the government has been trying to use Cameroon’s win as a means to promote national unity and distract from the troubles in the anglophone west. To this end, the government has sent the Africa Cup of Nations trophy on a nation-wide tour. In response, cities in the anglophone west have boycotted the trophy’s victory tour, juxtaposing Biya rhetoric about unity and his actions in the west, and angering the president in the process.

President Paul Biya, 84 is shooting Cameroon’s economy in the foot in order to punish anglophone Cameroon for what he has described as radicals and terrorists spreading hate and violence. Biya’s divide and rule strategy has strengthened ethno-linguistic divisions and only further entrenched feelings of disenfranchisement (of 60 cabinet ministers only one anglophone has a portfolio) and anger among anglophone Cameroonians, thus fueling more protests. The government’s response has been harsh, with at least six people killed since December.

Christopher Fomunyoh of the National Democratic Institute argues that “if this crisis continues to be mismanaged we’re probably going to get to a point where – in the eyes of many Cameroonians – the legitimacy of this government will be zero.” The internet blackout is reigniting regional anger and even calls for the secession of the Republic of Ambanzonia. Tellingly, given the arbitrary nature of colonial-era borders, Cameroonian separatists are finding sympathy across the border in Nigeria, where the Ambazonian Liberation Movement Support Group (ALIMS) resides.

ALIMS aims to support anglophone Cameroonians and highlight their struggle both in Nigeria and abroad. Ethno-linguistic ties make the Ambazonian cause resonate with Nigerians near the Cameroonian border. While this same region housed the short-lived Republic of Biafra, Nigerian politician Cletus Obun notes that “Biafra is dead” and the “difference between Biafra and Anglophone Cameroon is that at no point in history has western Cameroon been the same with Northern Cameroon [sic].” The product of a colonial marriage of convenience, anglophone Cameroon has been ill-served by the central government. By abandoning Cameroon’s supposed federalist foundation, and antagonizing anglophones with the internet blackout, Biya has sown the seeds for conflict going forward.

There is a growing threat of a mounting humanitarian crisis along the Nigeria-Cameroon border, as anglophones seek internet access and even more Cameroonians seek to escape government violence. Obun is worried that a refugee crisis could soon affect Nigeria’s Cross River State. Add to this the growing potential for an Ambazonian insurgency operating out of the same area and things do not bode well. If the situation continues to spiral out of control it may end up playing a decisive role in the upcoming 2018 elections when Biya seeks yet another term. Whether the crisis in western Cameroon will bring about Biya’s downfall remains to be seen, yet as veteran opposition figure John Fu Ndi notes: “if Biya goes there will be political turmoil. If he stays beyond 2018 there will be a crisis.” Either way Cameroon’s options going forward are all poor ones.