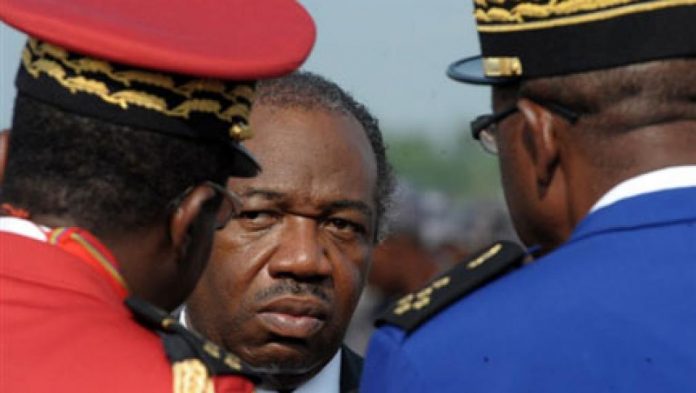 The best emerging-market bond opportunity may be lurking in the smallest and unlikeliest of African countries.

With a population one hundredth of the size of Nigeria’s, and yet with an equivalent degree of dependency on oil, the tiny country of Gabon may seem to offer little in the way of investment recommendations.

Global oil giant Royal Dutch Shell would heartily agree. It has been one of the central African country’s most significant investors since the 1960s, but this month it was reported that the Anglo-Dutch company was pulling out.

Investors outside of the petroleum industry are nervous too. An election scheduled for August is shaping up as the closest contest since independence – and it’s getting dirty. At the moment the conflict is restricted to political grandstanding. President Ali Bongo Ondimb, the son of four-decades President Omar Bongo, is accusing his leading challenger of inciting civil war against a section of the population.

Jean Ping, a former African Union commission chief turned opposition leader, was said to have called on supporters to battle “to the death” in a war “to get rid of the cockroaches.”

That language, reminiscent of the Holocaust and the genocide across the Congo in Rwanda two decades ago, has the government making plans to take Ping to court.

The son of a Chinese migrant, Ping counter-accuses the authorities of a Machiavellian plot to exploit the judicial system in an attempt to have him declared ineligible to run for election.

He dismisses a video capturing his “cockroach” comments as a montage manufactured by “unscrupulous people who will stop at nothing and will do anything to stay in power.”

Ping’s own mudslinging campaign includes claims that French-educated Bongo was born outside of Gabon and so shouldn’t be eligible for election. It’s worth pointing out that Bongo is the scion of a family dynasty – his father was Gabon’s ruler for over four decades from 1967 until his death in 2009.

For the economy, the net effect of falling oil prices and rising campaign rhetoric has been a doubling in the nation’s debt burden to 43% of GDP. That number is likely to rise above 50% by the end of the year, according to analysts at Stratfor. That view was reinforced by Moody’s decision to cut the nation’s credit rating this month. The ratings agency noted rising costs of the presidential election, and the country’s plans to host the Africa Cup of Nations soccer tournament in January 2017, as further stress on Gabon’s spiraling fiscal deficit.

To make matters worse, the government can’t even fall back on a depreciating currency to help boost the competitiveness of its exports as the Central African franc is pegged to the hapless euro.

Yet, amid all of the political and economic chaos, it’s this very straitjacket from the currency peg that eases concern for Duet Asset Management, a London-based investor with $5.6 billion of assets, and about half of that total in emerging and frontier markets.

“Gabon cannot print currency,” Joe Delvaux, Africa portfolio manager for Duet, explained. “One of the most common mistakes made by African countries is that they start the printing presses and, especially before an election, overspend.”

“Partially, the reserves are managed by the Banque de France – again, limiting what you do with that money,” says Delvaux.

As for the election, the result is likely to be more of the same, with an ultimate victory expected for Bongo.

“It’s an African election, so one always has to be careful about it,” says Delvaux. “But a lot of people looking at it seem very unsure about what is going to happen.

“President Bongo, who’s taken over from his father, essentially in the last election after he died, seems at the moment to still be on the path to winning.”

Luxembourg-born Delvaux believes perspective on the election is being distorted by the coverage from English-language media channels.

“Being a native French speaker, there seems to be a big discord between what the local press and the Francophone world is saying about Gabon, and what is coming from the Anglo side, where there seems to be a lot of coverage of disturbances and problems,” Delvaux says.

Until now, entirely unreported was last month’s announcement of an African Development Bank program to invest 1.2 billion euros during the next five years to transform agriculture and improve water and sanitation in Gabon.

“This is a $15 billion economy, so this program has a huge impact,” says Delvaux. “But again, the market doesn’t really seem to be absorbing that information.”

Instead, it’s news of the election turmoil that’s weighing on the country’s $500 million of 10-year Eurobonds sold last year at yields of 7%, and $1.5 billion of notes issued in 2013.

“I actually think this country and the yield that the Eurobonds, particularly in dollars, are offering makes it a very interesting prospect for investment.”