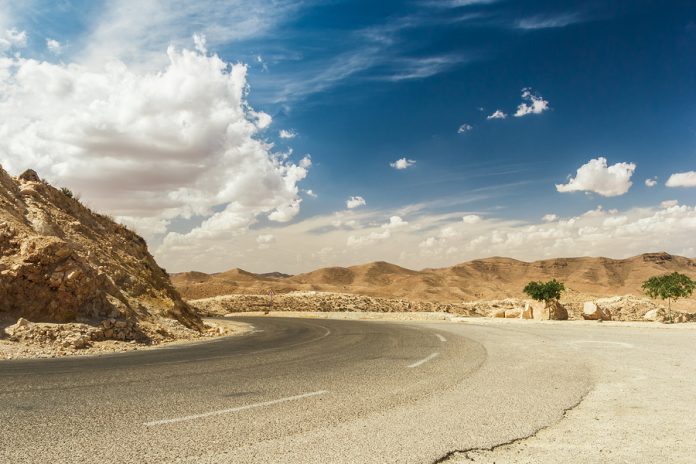 This is post 3 of 5 in the series “Checking the Pulse of Africa: Insights from the World Bank Report”

Sub-Saharan Africa is banking on the rise in commodities prices for a brighter economic future. In the April edition of its ‘Africa’s Pulse’ report, the World Bank projected economic growth in the region to pick up to 2.6% this year and to rise by 3.2% in 2018 and by 3.5% in 2019.

In what can be a positive for oil exporting countries from the region like Nigeria, the World Bank expects crude oil prices to average $55 per barrel in 2017, an increase of 28% from a year ago. These are expected to rise further to $60 per barrel next year.

The Bank sees downside risks to these projections in the form of “resilience of the U.S. shale oil industry.” Upside risks, which are not as prominent as downside ones, include an extension of crude oil production cuts into 2018, which will put an upward pressure on prices. 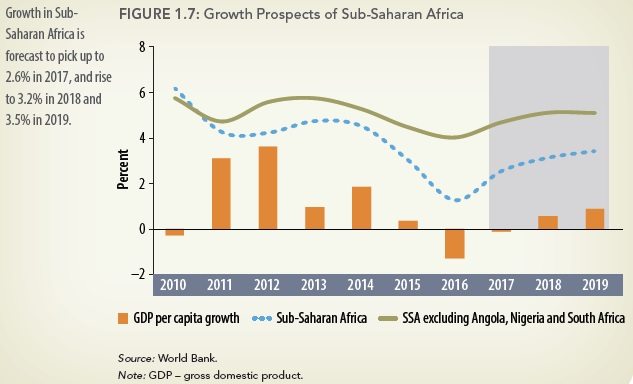 Increasing demand from China has led to a rise in metals prices, which is a boon to metals and minerals exporters from the sub-Saharan Africa region. The World Bank expects average annual prices of metals and minerals to increase by 11% this year, after having declined by 6% in 2016.

Growth prospects of the Big Three

The World Bank has a subdued outlook on economic growth in the big three of Sub-Saharan Africa – Angola, Nigeria, and South Africa.

Both Angola and Nigeria are expected to rise by 1.2% in 2017, though the projections indicate a sharper rebound for Nigeria leading up to 2019. Though crude oil prices are expected to benefit both countries, high inflation and restriction on foreign exchange and liquidity will cap further growth.

Meanwhile, South Africa is expected to grow by just 0.6% this year, but the Bank expects it to outpace Angola’s growth by 2019. Though net exports will help the country, lower domestic consumption and investment will offset that benefit.

Thus, though the big three are expected to rebound in 2017 and strengthen further over the next two years, they are quite prone to domestic constraints.

There are, however, seven African nations which the World Bank has found to be the most resilient from the region. Let’s look at them in the next article.

This is post 3 of 5 in the series “Checking the Pulse of Africa: Insights from the World Bank Report”