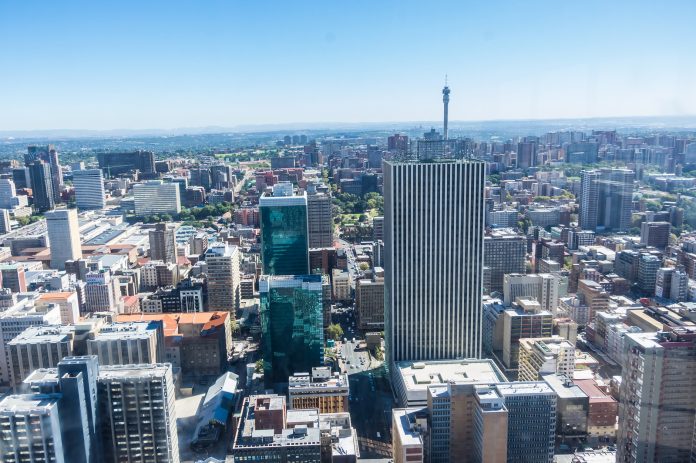 The South African government of President Jacob Zuma is engulfed in a corruption scandal, yet the country’s stock market is close to record levels. Equity investors should tread cautiously, says Bryony Deuchars.

That corruption is a growing problem in South Africa is not news. In April 2016, the country’s High Court said President Jacob Zuma should be charged with 783 counts of alleged corruption, fraud and racketeering; the legacy of a £4.4 billion arms deal signed by the government in 1998. Yet rather than bringing the corruption issue to a head, the situation seems to be worsening.

On March 30, Zuma sacked his widely respected finance minister Pravin Gordhan and made ten other senior appointments to his cabinet. It has been speculated that Gordhan was fired partly to stifle Treasury objections over the cost of building eight nuclear power plants.

Following the reshuffle, South Africa’s Nuclear Energy Corporation said it would seek proposals to build the reactors with a capacity of 9.6 gigawatts as early as June, with a view to awarding a contract early in 2018. Media reports suggest Zuma will award the contract to Rosatom, Russia’s State Atomic Energy Corporation.

Although a court in Cape Town ruled on April 26 that the apparent agreement struck between Zuma and Russian president Vladimir Putin in 2014 to co-operate on the reactors was unlawful, there are fears Zuma will ignore the court ruling and press ahead with the deal.

If investors are concerned, this has not yet shown through in the stock market. After closing 2016 at 50,653 points, the country’s benchmark JSE All Stars index had increased over six per cent to 53,817 at the end of April. But as Aviva Investors’ Emerging Market Fund Manager Bryony Deuchars explains, corruption could catch up with South African stocks over the coming months.

Why should investors be concerned at the nuclear power deal?

While the court ruling may have injected an element of uncertainty into proceedings, Zuma’s actions over the past 18 months suggest he is very keen for the nuclear deal to go ahead and there is still a strong possibility he will find a way to push it through. After all, it now looks as if Zuma may have removed not one but two finance ministers over their opposition to the deal, having fired Gordhan’s predecessor Nhlanhla Nene in December 2015.

South Africa’s energy minister Tina Joemat-Pettersson said in October that state power utility Eskom will take charge of procuring the nuclear reactors. One possible explanation for that decision is that the government may be looking to avoid further accusations of impropriety.

However, while the government does not directly fund Eskom, it does provide guarantees to enable the entity to raise funds in the debt markets. While the decision potentially moves the cost of the nuclear programme – estimated to be anywhere between 600 billion and one trillion rand – off the government’s balance sheet, the credit-rating agencies look at wider commitments made by the government, including guarantees to state-owned enterprises, when assessing a country’s sovereign debt rating.

Irrespective of the concerns around who will win the contract, the bigger picture is that this deal is of questionable benefit to South Africa. It could add 24 per cent to South Africa’s power capacity that the country simply does not need.

After the recession the country has only recently come out of, demand has shrunk so much the country is exporting power to the rest of Africa. Furthermore, nuclear is an expensive source of power that the country can’t really afford, especially given it has plenty of cheap coal.

Analysts at Morgan Stanley have estimated consumers’ annual electricity bills might have to go up by as much as 14 per cent every year for the next decade to cover the cost of the investment.

What are the economic implications if the deal goes through?

Recent political developments could quickly cause the recovery to unravel. If the nuclear deal were to go ahead it could inflict significant further damage. At the very least, the nuclear project would badly strain public finances at a time of already-weak economic growth.

At the start of April, Fitch downgraded South African sovereign ‘hard’ and ‘local’ currency debt to ‘junk’ while Standard & Poor’s (S&P) downgraded its hard-currency debt to the same level. Were the nuclear program to go ahead, it would render the current forecast improvement in the country’s fiscal position unsustainable. It is probable that would cause both S&P and Moody’s to follow Fitch’s lead, which would have wider implications for the country’s inclusion in global bond indices.

After ‘Nenegate’, as the removal of Gordhan’s predecessor was dubbed, the outlook for South Africa was for a cyclical economic recovery. Although there were obvious concerns about both corruption and an apparent policy vacuum within government, investors could at least take comfort from the fact that the institutions responsible for the economy’s stewardship – the finance ministry, central bank and judiciary – were widely seen to be competent.

The appointment of Malusi Gigaba as the country’s new finance minister brings this assumption into question given his track record. He was the Public Enterprise minister shortly before a funding crisis at South African Airways was uncovered. He then moved to the Ministry of Home Affairs, where he presided over the introduction of controversial new visa requirements that led to a slump in tourism.

And yet the South African equity market has performed well this year. Surely that can’t continue?

The recent rally is fragile. If the ratings agencies downgrade South African local currency debt to junk status and the bonds are excluded from the major international benchmarks, it could trigger large capital outflows of up to $14 billion. Should that happen, we would expect to see the currency depreciate and interest rates going up sharply to defend it. International investors could lose on two counts, because of currency translation effects and because the market would likely ‘de-rate’ as the worsening economic outlook was priced into equities.

While the stock market appears to have largely overlooked the debt downgrades for now, it will be impossible for it to continue to do so should further downgrades result from the nuclear deal going ahead. That leads us to be cautious of South African equities, which on aggregate fail to fully price in the risk of the economic impact of the nuclear deal.

Nobody knows for sure how the central bank might react, but it makes sense to avoid having exposure to companies with large amounts of debt as interest rates could potentially rise quite sharply.  Financial stocks look especially vulnerable. Despite having lost around 12 per cent in US dollar terms since the cabinet reshuffle, that does not reflect all the downside risk. Financial companies are exposed as their asset quality could deteriorate sharply if rates suddenly spiked.

More generally, it makes sense to avoid having stakes in companies that are heavily exposed to the domestic economy given the risks it faces.

Are there any pockets of value?

To the extent you want exposure, we favor shares in companies in the strongest financial position that should hold their value relatively well in adverse economic conditions. More important still, we would be looking at companies with foreign subsidiaries, or exporters with sizable earnings in hard currencies.

It is no coincidence that over the past two years we have seen a wave of takeovers of British retailers and other consumer-focused companies by South African firms looking to diversify their revenue streams. For example, The Foschini Group bought Whistles and Phase Eight, investment company Brait bought an 80-per-cent stake in Virgin Active gyms and 89 per cent of New Look, and Truworths International bought Office Shoes.

How bad could things get?

Brazil should provide investors with a cautionary reminder, if one were needed, of the danger corruption scandals pose to emerging equity markets. In the space of little more than 15 months from September 2014, the Brazilian market plunged 41 per cent in local currency terms. With the real losing nearly half its value against the US dollar, Brazilian stocks lost 68 per cent of their value in dollar terms.

What is equally interesting in Brazil is how well the market has performed since reaching its nadir in January 2016; rallying by close to 66 per cent in local currencies and 110 per cent on a dollar basis, despite the fact we have seen no sign of a meaningful economic recovery coming through. It has been purely driven by optimism that the extensive purge of politicians and corporations that has been taking place will eventually lead to improved macroeconomic data.

It is not just in Brazil where we see the benefits of getting to grips with corruption; South Korea being the obvious example. As of May 11, South Korea’s KOSPI index had returned 21.5 per cent in US dollar terms since the start of the year, comfortably beating the 16.6 per cent returned by the MSCI emerging markets index over the same period.

The rally in Korean stocks has been sparked to a large extent by hopes that the election of a new government will lead to a long overdue purge of corruption within both government and corporations.

President Moon Jae-in, who was elected into office by a landslide on May 9, has vowed to reform South Korea’s family-run conglomerates – or chaebol – whose shady ties to senior politicians led to last December’s impeachment of his predecessor Park Geun-hye.

The experience in Brazil and South Korea should be a salutary lesson for South Africa, although it is hard to predict at this stage when we will see a watershed moment in its battle against corruption. Arguably the situation needs to get worse still before we reach the turning point where credible political leaders are appointed to rid the government of corruption and return the country to a sustainable economic path that investors can have confidence in. With Zuma’s term set to expire in 2019, it is possible the ANC will elect a reform-minded presidential candidate at its conference at the end of this year.  However, while such an outcome could provide a powerful boost to the stock market, it appears a distant possibility, at least for now.