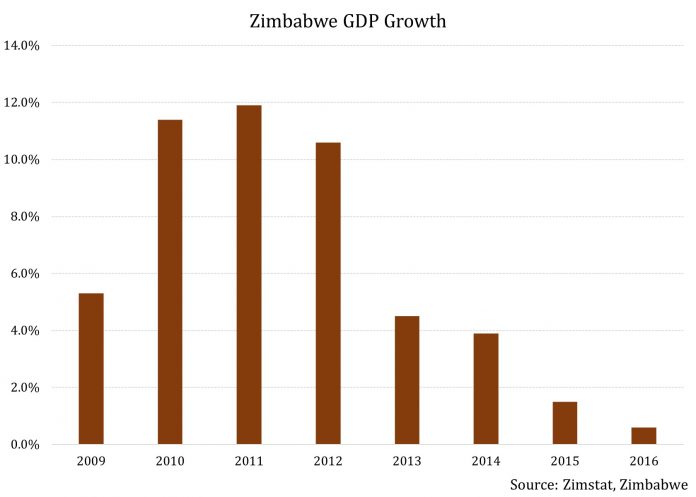 If one were to ask President Robert Gabriel Mugabe – the 93 year old leader of Zimbabwe – about the economic state of the country, he would place it among the “most highly developed countries, second after South Africa,” on the continent. This is what he had remarked at the 2017 World Economic Forum on Africa.

Africanews had also reported the president stating, “You don’t talk of us as a fragile state from an economic point of view. Yes we have our problems but no certainly we have achieved… we have our resources, perhaps more resources than the average country in the world.”

However, the vast majority of the rest of the world widely disagrees.

The United Kingdom (UK) government, for instance, had issued a travel advisory on the ‘increasingly fragile’ African nation. In it, the UK had warned about the patchy availability of fuel and hard currency including the fact that cash withdrawals can’t be made with an international bank card. A troubling state of a nation for a leader who terms it as among the most highly developed on the continent. 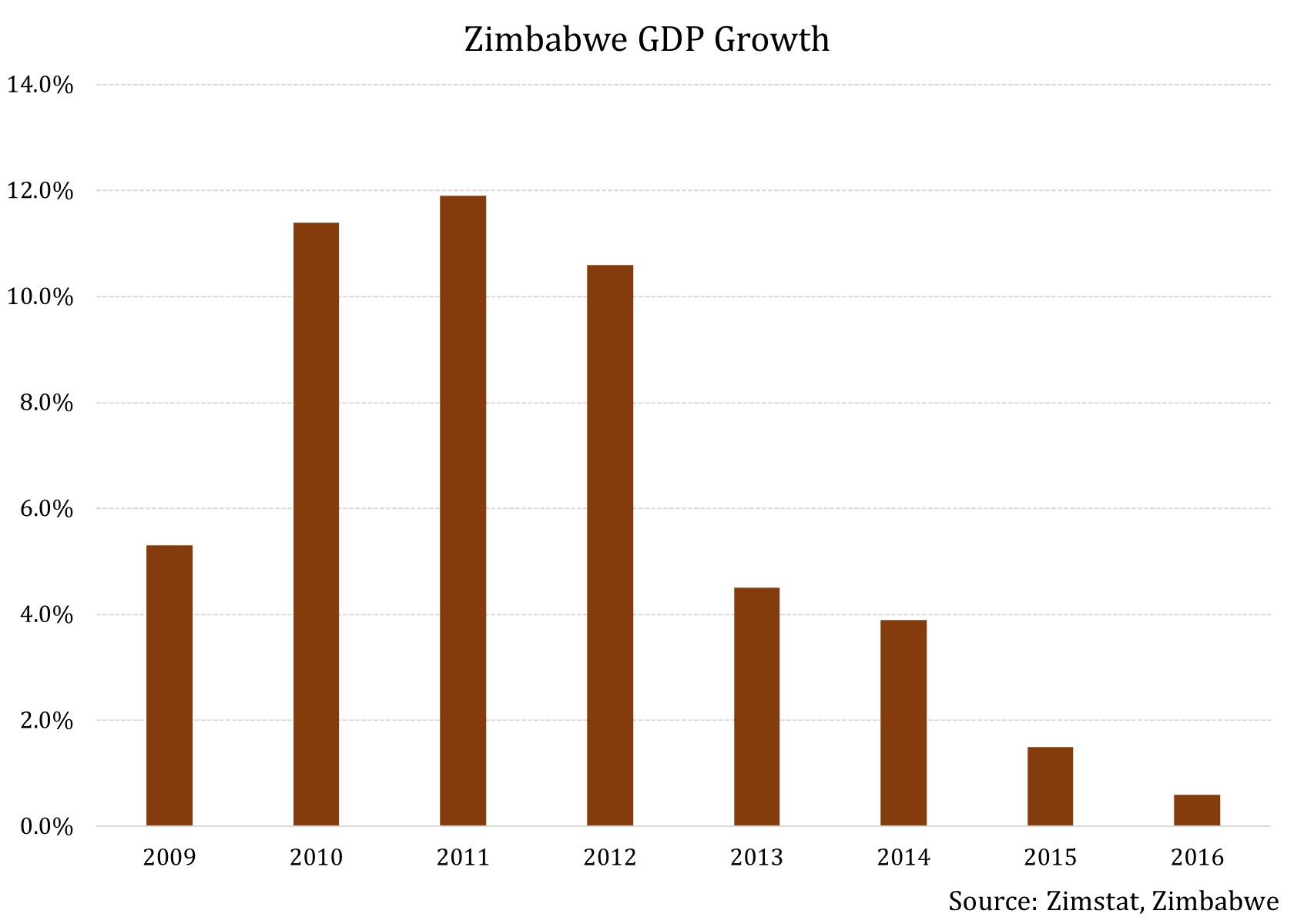 The disparity is visible in economic growth estimates of the country as well. In the 2017 National Budget, the government had expected the economy to grow by 1.7% in 2017. However, in March, Finance and Economic Development Minister Patrick Chinamasa bumped up the growth forecast to 3.7% due to bumper crops.

On the other hand, in May, the International Monetary Fund (IMF) projected that the country will grow 2% this year – an improvement from its previous estimate, but a far cry from what the government expects.

The African Development Bank has an even more depressed view though. The institution expects the economy to grow by just 1.3% from an estimated 0.5% in 2016.

Other metrics are not in great shape either.

Zimbabwe was in deflation at the beginning of this year and emerged out of it only in February. Now prices are rising at a quick enough pace for the IMF to indicate that excessive spending by the government may worsen the cash crisis in addition to stoking inflation.

Further, the Reserve Bank of Zimbabwe anticipates that remittances from abroad will decline by 3% to $756 million this year from $779 million in 2016.

There is one positive for the country, though. Its trade deficit has narrowed by 14.5% to $576 million in Q1 2017 as tobacco and mineral exports resulted in a 15.7% surge in exports.

However, this is not good enough for the country when it comes to its image in the minds of international companies and investors. And with its presumably skewed assessment of the economy, the government is actually hurting its chances of improving investor sentiment.