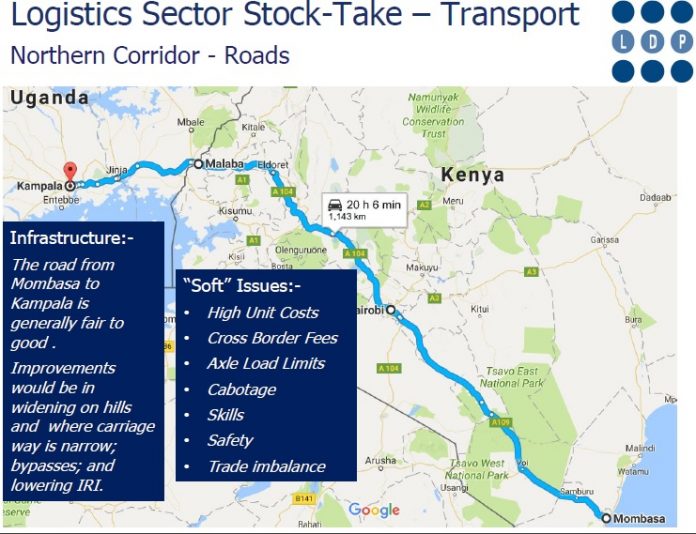 Uganda has been making impressive strides towards national infrastructure development of late in order to attract outside investment, and to support it’s burgeoning oil industry.

To better understand the latter point, we need to look at the country’s geographic layout more closely. 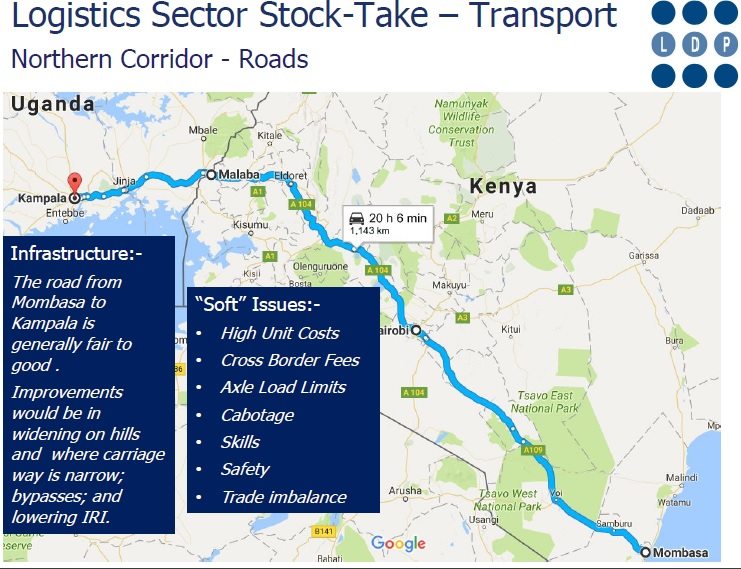 Uganda is land-locked which makes the transportation of equipment for facilitating crude oil production challenging. Once the country starts producing crude oil, its geographic location will also make it difficult to export the commodity at a reasonable cost.

In the Joint Oil and Gas Convention and Regional Logistics Expo organized in the nation’s capital of Kampala in late April, it was suggested that up to 12 million tons of equipment and material would need to be delivered to the Lake Albert region, according to The Independent. The region lies in western Uganda and is currently the focal point of oil production activity in the country.

Given its scant transportation facilities, the road network is the only option to transport such equipment. The graph above, attributed to The Law & Development Partnership, shows a map of the Northern Corridor – which starts from Mombasa in Kenya and connects Uganda to Rwanda, Burundi and the Democratic Republic of Congo. But the vast distances between the closest ports in Kenya and Tanzania to Lake Albert make this a capital intensive exercise.

It was reported that an investment of between $8 billion and $20 billion is expected over the next three to five years of which 60% will be spent on logistics or procurement and transportation of materials.

Given its geographic positioning, the oil industry will be looking to logistics and transportation operators to transform Uganda into a regional logistics hub for East Africa.

On its part, the government is taking measures to improve public infrastructure and help local operators benefit from this opportunity, which, given its size and scope, requires a degree of public support.

According to Benon Kajuna, the director of transport in the Ministry of Works and Transport, the government is currently expanding the Entebbe International Airport, is expecting to begin construction of a new airport at Kabaale near Hoima, and has plans to revive Uganda Airlines.

The government is also overhauling its railway network with logistics and materials transportation in mind and intends to build a new port on Lake Victoria at Bukasa near Kampala.

This surge in infrastructure development, largely due to oil production, is expected to have far reaching effects. Let’s look at the purported impact in the next article.