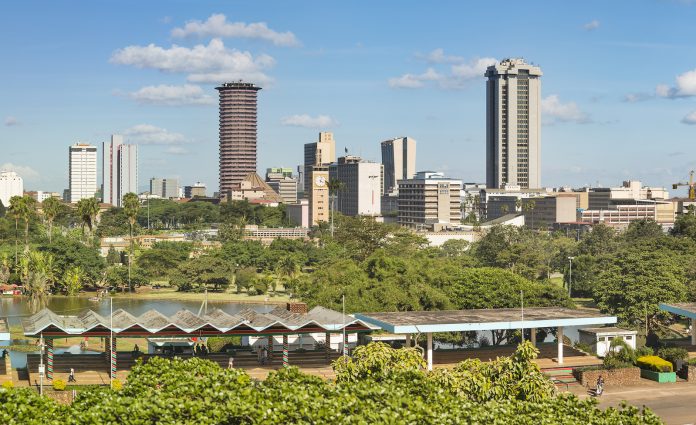 GDP growth in Kenya has averaged 5.2% over the past ten years, making it one of the most compelling success stories in Africa. While some of the fastest growing African economies lost their footing due to poor oil and commodity prices in recent years, Kenya emerged with consistent growth.

Although climbing wages and rapid urbanization in Nairobi has resulted in rising demand for modern retail, the present market remains underserved, leaving room for significant expansion. The present size of organized retail real estate in Nairobi is currently less than 400,000 sqm. This existing void is luring multiple international private equity groups to Kenya.

Retail sales in Kenya grew by 4.8% in 2016, outperforming the other two major markets in Africa – Nigeria and South Africa.

UK-based Momentum Global Investment has recently launched its second fund targeting an amount of USD 250 million over the next 8 years. A sizeable amount of proceeds from the fund are earmarked to be invested in developing shopping malls in Kenya. Previously Momentum Global has launched Momentum Africa Real Estate Fund (MAREF) in partnership with South Africa based Eris Property. The fund has raised USD 170 million, following capital commitments from 18 investors. Seeking a net IRR of 18% for its investors, the fund’s strategy will primarily involve deploying capital in high growth retail and office markets of sub Saharan Africa- Kenya, Nigeria, Mozambique, and Ghana.

Chinese investors alongside Kenya based Centum Investments have launched the Two River Malls in Nairobi. Alongside malls, the project will comprise of 5-star hotels, commercial buildings, and residences. The Aviation Industry Corporation of China (Avic) has bought a 38.9% stake in the project, following an investment of USD 397 million. This is termed as the largest direct investment by a Chinese company in Kenya. Centum that holds 58% stake in the project have also received funding from UK based Old Mutual. Once completed, the USD 800 million project will be spread across a sprawling area of 400,000 Sq. M. The iconic project has reinforced the confidence among international investors in Kenya’s booming retail sector.

Previously in 2015, Actis-backed Garden City Mall was opened in Nairobi. One of the largest retail destinations in East Africa, the project is spread over 33,500 sqm. UK based Actis has also introduced its 3rd Africa focused real estate fund dubbed as ARE3.  Seeking investment from various pension funds, sovereign wealth funds and development finance institutions, the fund has raised USD 500 million- substantially higher than the initial intended amount of USD 400 million. The fund will aggressively invest into the commercial real estate sector of Sub Saharan African including Kenya. However, the amount intended for Kenya has not been disclosed.

Going forward, more capital inflows are expected in Kenya, as investors remain sanguine about the prospect of economy.  After an expected growth of 5.5% in 2017, the Kenyan economy is poised for further acceleration in 2018 and 2019, with projected growths of 5.8 and 6.1% respectively.