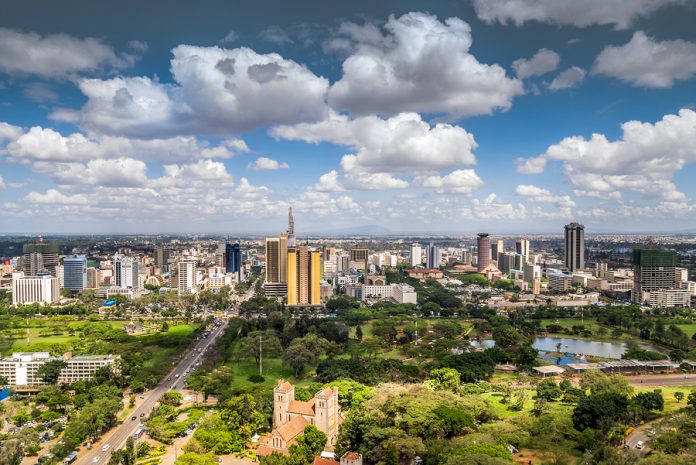 In better shape than others

High public debt and rising inflation notwithstanding, Kenya is still in much better macroeconomic shape than most other countries in sub-Saharan Africa. Its economic growth, as shown in the graph below, remains stable and strong.

Compare this with the continent’s largest economy, Nigeria, which, in Q4 2016, contracted by 1.3%. For the full year, the Nigerian economy declined by 1.5% – its first annual contraction in 25 years. 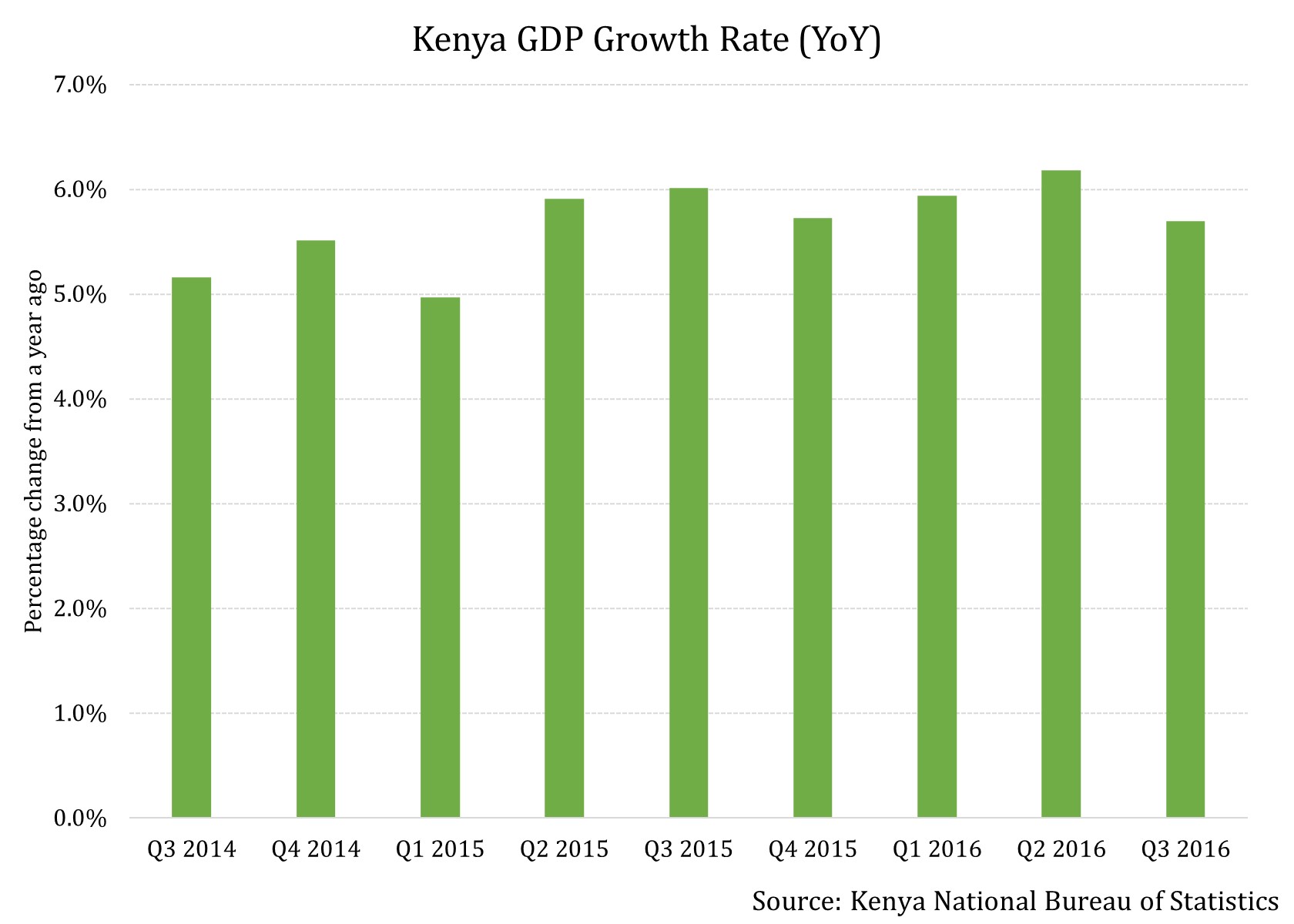 Unlike Nigeria, which is quite dependent on oil, Kenya’s economy is diversified. According to the Observatory of Economic Complexity, tea, cut flowers, refined petroleum, and coffee were the chief exports of Kenya in 2015, forming 46% of the total value of exports for the year.

Patrick Njoroge, the Governor of the Central Bank of Kenya, while speaking to the Wall Street Journal, attributed Kenya’s economic diversity and resiliency to the decline in crude oil prices to “a very robust and dynamic private sector.”

However, the Journal reported Investec researcher Chris Becker being cautious on Kenya, because according to him the country is “moving into a wintery macro season.” He was also quoted as saying “Kenya is on a debt refinancing treadmill right now, leaving large twin deficits vulnerable to either internal or external shocks.”

Whether Kenya has an immediate debt problem may be a subject of debate. However, what is certain is that looking towards international investors for raising more money would be an expensive affair for the country.

This is where tapping domestic investors via the M-Akiba initiative could be beneficial for Kenya. With only 2% of the country’s government bonds being owned by retail investors, the mobile bonds has opened up a huge untapped market for the country. And the 150 million shillings March 23 sale was just a test run and precursor to the main sale that is slated for June, which will see bonds worth 4.85 billion shillings up for purchase.

Kenya is not the only country that is trying to tap domestic investors. Nigeria has done the same recently and with great success as well.

Kenya, with its diversified economy, is uniquely placed in sub-Saharan Africa. However, the result of the elections slated for later this year will be key in determining whether the country is able to leverage this facet going forward.