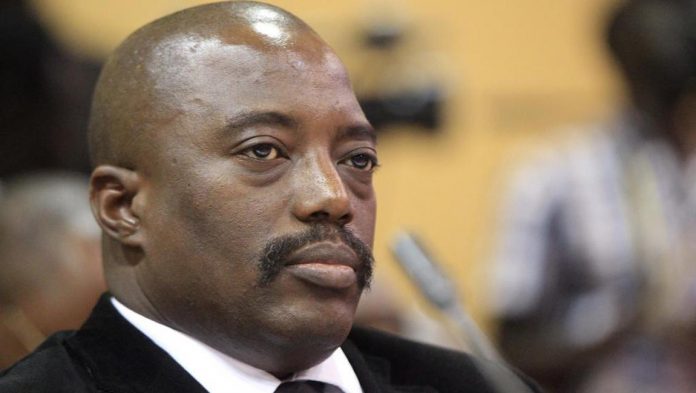 The Democratic Republic of the Congo (DRC) has never experienced a peaceful transition of power and is now, as anticipated, in the midst of another political crisis. Joseph Kabila, the incumbent president, is due to finish his term in office at the end of 2016. However, there is widespread skepticism of his willingness to leave office.

As of 2014, the Kabila administration has attempted several times to prolong his presidency beyond the stipulated term. President Kabila’s second mandate constitutionally expires on 20 December 2016, however on 29 September 2016, the Independent National Electoral Commission (INE) Vice-President Norbert Basengezi Katintima announced that the electoral authority requires two years to update the electoral roll in order to register new voters who have turned 18 since the last election.

Many electoral experts have, however, commented that this process could be completed in a far more expeditious manner. This highlights one of the many complicitous relationships between the Kabila regime and DRC’s organs of democracy. Kabila is pursuing a political strategy colloquially termed le glissement, or slippage, mobilizing his cronyistic networks to provide public rationale for delaying the election.

Last month, the DRC experienced severe civil unrest. On 19 September 2016, the deadline for the election date announcement, civil unrest sparked the streets of Kinshasa and spread to urban areas around the country, especially in Goma and Lubumbashi. The street protests lasted for two days, the main opposition parties’ headquarters were torched and 44 people were killed according to the Human Rights Watch (HRW). The slogan “Revolution Not Demonstration” was shared across social media platforms, calling for the overthrow of the Kabila regime. Given that the DRC has yet to experience a peaceful political transition, the potential for a coup or revolution cannot be overlooked.

1) Kabila seeking a new mandate for the presidency. The president could achieve a successful attempt to change Article 220 of the Constitution and alter the number or length of the mandate. This situation will see continued le glissement, followed by a constitutional amendment allowing Kabila to run for a third term. However, in January 2015, when a Parliamentary bill was tabled in a move to amend the constitution, extreme violence and street protests erupted demonstrating intense public discontent. The lack of an Overton Window could be overcome by the Kabila regime with harsh repression of protests and increasingly despotic politics.

2) A nepotistic transition of power. Members of Kabila’s nuclear family have become key political figures during his administration. His twin sister, Jaynet Kabila, and younger brother, Zoe Kabila, were elected to parliament in 2011 and have since become key players in the government. Jaynet plays an increasingly important role on the political scene and has well-known relationships with key players in the Congolese political landscape such as Aubin Minaku and Dan Gertler. This scenario could likely result in violent protests from opposition supporters, as it could be perceived as a continuation of the Kabila administration.

3) The appointment of a ‘crown prince’ within his political family. This scenario is likely to be viewed more receptively by the opposition in DRC as well as the international community. The process of appointing a ‘crown prince’ would be complex and timely, as there are a number of potential contenders who are considered Kabila’s closest political allies. There is a number of key political factors that the decision would have to consider in order to mitigate fragmentation of the ruling party.

Certain instability: A grave risk to the economy

The aforementioned scenarios provide a unique lens through which we are able to comprehend the risk presented by the political ambiguity. Guaranteed from the potential scenarios is the certainty of both political and economic instability. Civil unrest characterized by street violence and harsh police repression does not appear to be abating. The longer Kabila pursues le glissement tactics, the greater the escalation of unrest the people of the DRC shall see. Scenario 1 and Scenario 2 are likely to draw strong criticism and sanctions from the international community and will result in pervasive unrest in the DRC. Scenario 3, whilst overtly kleptocratic, is perhaps the most realistic route to a peaceful transition and less likely to draw criticism from abroad.

In September 2016, the United States imposed sanctions on two senior Congolese security officials accused of threatening democracy and repressing the political rights and freedoms of DRC’s citizens. Similarly, the European Union (EU)’s foreign affairs council have, since last month’s clashes, called for targeted sanctions against government officials responsible for violent crackdowns and repressive actions. Increasingly the opposition, particularly within the diaspora, as well as human rights groups are calling for the international community to impose financial sanctions on the DRC to pressure Kabila to transition constitutionally. With certain instability and international sanctions looming, the DRC’s economic growth is likely to fall short compared to growth from previous years.

Christopher East is an international affairs and development consultant with an MSc in Migration Studies at the University of Oxford.