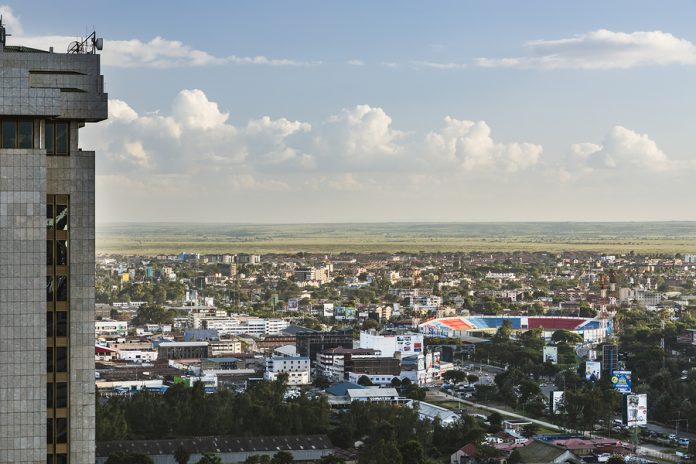 This is post 4 of 4 in the series “Kenya: Worsening Macroeconomic Situation to Weigh on Stocks?”

The stock market in Kenya has been on the rise. The graph below shows that though the All Share Index of the Nairobi Securities Exchange had a poor start to 2017, it may have witnessed an inflection point in early March. Among frontier markets, Kenyan stock indices were among the best performers for the month. 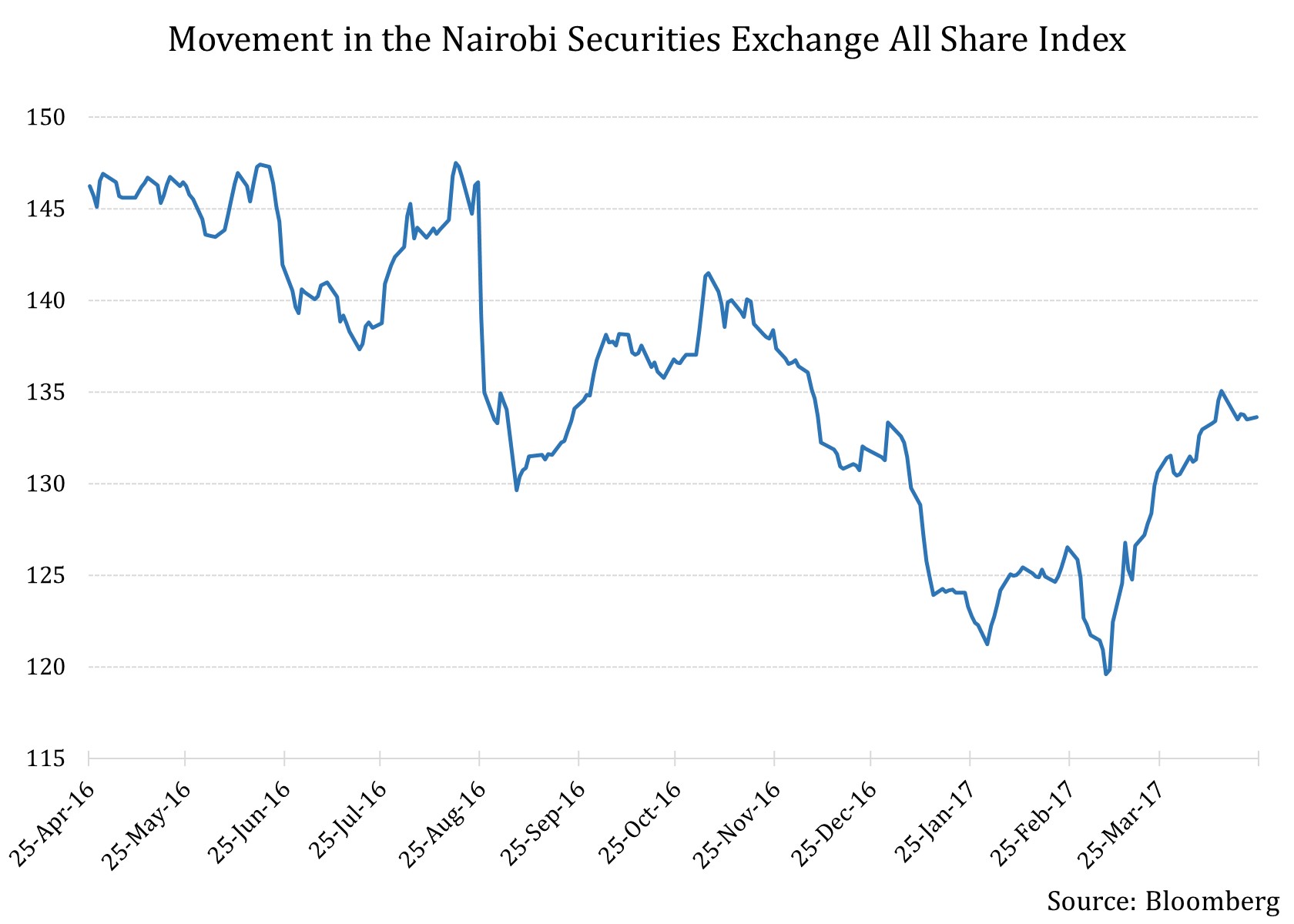 Earlier in April, The Wall Street Journal had reported Citigroup’s frontier markets analyst, Andrew Howell, stating that there are “grounds for a more constructive view on Kenyan equities.”

He was of the opinion that the aversion to equities from African and frontier markets in general was one of the reasons for the decline in Kenya’s stock market in recent times. However, the sell-off may not have been be due to disinterest in Kenyan stocks in particular, the Journal reported.

Howell was also quoted as saying “We suspect that outflows from Africa and frontier funds have seen Kenya overly punished, given difficulties of getting cash out of the Nigerian (and for much of last year, Egyptian) market.”

But are these cheap valuations enough to attract attention and drive investments into the country’s stock market?

Some market participants don’t think so.

Senior frontier markets fund manager at HSBC, Ramzi Sidani, was interviewed by the Journal on the topic expressing that even though valuations of Kenyan stocks are attractive, the country continues to face major challenges.

He stated that the country’s banking system is struggling because of additional regulations being applied to it. Furthermore, a persistent drought can worsen the macroeconomic picture of the country. A challenge to Kenyan equities also lies in the upcoming election.

Kenya goes to polls in August. Apart from the fact that the government may increase spending on social and support programs as a populist move — which can put pressure of the nation’s budget — another reason for the somber view on Kenyan equities is domestic investors sitting on the sidelines until the political picture clears.

Thus, though Kenyan equities may remain under pressure in the short-term, their cheap valuations may keep them interesting. However, with oil prices rising, which benefits oil producing nations, Kenyan equities will face stiff competition from other African nations in retaining investor attention.

This is post 4 of 4 in the series “Kenya: Worsening Macroeconomic Situation to Weigh on Stocks?”