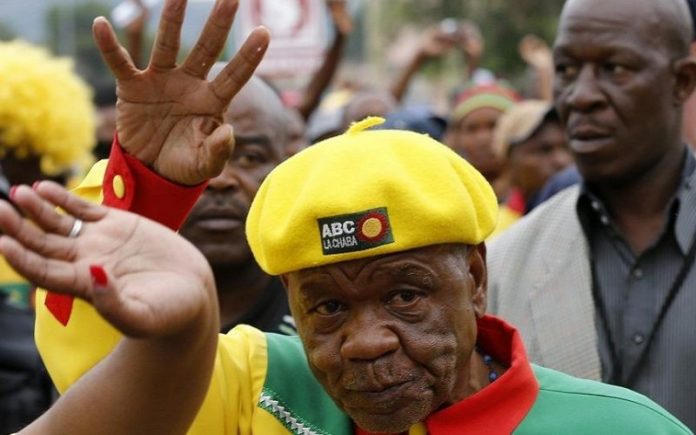 The killing of Lipolelo Thabane, ex-wife of Prime Minister Thomas Thabane on June 14th highlights the country’s instability, coming only two days before the inauguration of Prime Minister Thabane. While it remains unclear who the perpetrators are, there are suspicions that the death was politically motivated. The divisive nature of Lesotho’s politics has seen PM Thabane amass a large collection of rivals, all of whom could have orchestrated the incident in order to send a message.

PM Thabane’s estranged wife filed for divorce in 2012, yet was awarded all the perks and privileges of the first lady in a court decision in 2015. This came about despite Thabane having remarried, with his new wife joining him on his return from exile in February as well as on the recent campaign trail. While PM Thabane’s opponents in the outgoing government and military may be behind the murder, Lipolelo Thabane may have also been killed by allies of the Prime Minister in order to tie up any loose ends. An additional theory is that the incident was a random murder, yet the victim and timing raises considerable suspicions. Whatever the reason, the event underlines the tensions in the country, and presents a jumping off point for an examination of the risks facing Lesotho.

The recent June election constitutes the third in five years, as the seven party coalition of Prime Minister Pakalitha Mosisili lost a vote of confidence in March. Mosisili and Thabane are long standing political rivals. Mosisili ruled the country from 1998 until 2012, when he lost power to Thabane and his All Basotho Convention (ABC). In 2014, Thabane faced a failed coup and fled the country, leading to change of government in 2015 which returned Mosisili to power.

Despite defeating Mosisili in the most recent election, Thabane’s ABC only won 48 of the 80 directly contested seats. Consequently, Lesotho is in store for yet another coalition government as the ABC needs to secure enough partners to control 61 of the 120 total seats to attain a majority. The outgoing regime is not going to making things any easier. Concerns of influence peddling have arisen following the promotion of 32 officers only days before the election: an official memo was released the day after the vote. Critics of Mosisili claim that this was a political move to maintain influence after he leaves office. Mosisili’s detractors also point to the appointment of his son to the influential Lesotho Highlands Water Commission. Said organization is leading Lesotho’s 30 year plan to establish near total domestic electricity generation plus water and electricity exports to South Africa – both highly lucrative ventures: the $2 billion second phase is currently underway. 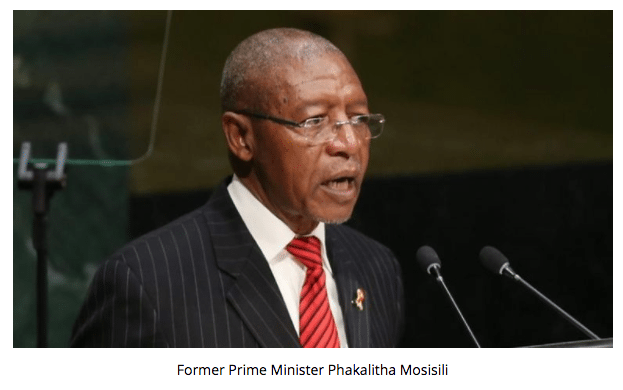 The killing of Lipolelo Thabane tarnishes the UN’s congratulations on a peaceful election sent to Lesotho on June 8th. Since the incident, neighbouring South Africa has called for calm in the country. Lesotho is fully surrounded by South Africa, and any instability in the small kingdom would effectively become an internal problem for South Africa as well, especially if a humanitarian exodus and / or conflict emerges. The fact that Lesotho is divided between the largely pro-Thabane capital and north and pro-Mosisili south adds another destabilizing dimension to the mix.

Consequently, South Africa has made it clear that it will not tolerate any threats to the transition of power and Lesotho’s stability. International relations and cooperation minister Maite Nkoana-Mashabane stated that “not in any corner of our [Southern African Development Community] not in any corner of our continent will we ever tolerate a military coup […] So on the coup thing, I think it is clear as [daylight] we will not allow it to happen, not in our backyard. That’s not a threat; it’s just the way it is.” South Africa’s deputy president, Cyril Ramaphosa is to attend Thabane’s inauguration on June 16th, accompanied by a substantial security detail, whose presence is in part to ensure that the event runs smoothly. Mosisili expressed his distrust of Ramaphosa in 2015, due to his ties with outgoing deputy prime minister Mothetjoa Metsing, highlighting the kinds of internal divisions within the former regime that saw the coalition fall apart.

The elephant in the room: Lesotho’s military

The failed 2014 coup underlines South Africa’s concerns about the role of the military in Lesotho. The Lesotho Defence Force maintains that the storming of buildings in the capital Maseru in 2014 was not a coup, but rather a pre-emptive strike against the police who the military claim were creating a rival armed faction. Thabane points to the threat on this life and his flight to South Africa as evidence to the contrary. In any case, either scenario hardly instills confidence. Moreover, the entire incident was triggered by the firing of Lt. Gen. Tlali Kamoli, whose replacement Maaparankoe Mahao was killed following Thabane’s flight to South Africa. A month prior to Mahao’s death, Thabane’s friend and ABC founder Thabiso Tsosane was also gunned down by unknown assailants.

The tense state of affairs is made painfully clear by Thabane’s refusal to accept a military security detail following his election as prime minister. It is standard procedure for the prime minister-elect to be appointed a military escort, yet Thabane has opted for his own private security detachment. This, combined with the fact that Thabane has not cancelled the long-term lease on his residence in South Africa, demonstrates his continued distrust of the military. 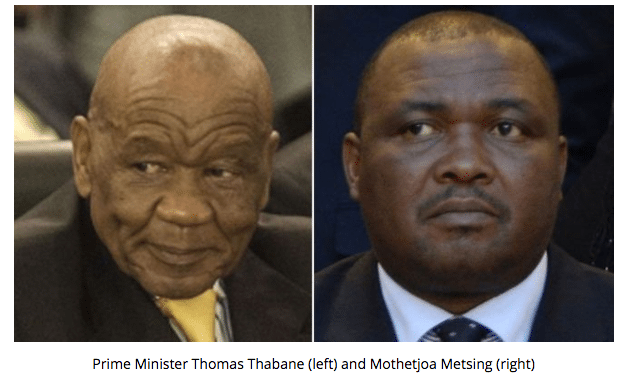 Mothetjoa Metsing has done little to assuage these concerns. Speaking to supporters on election day, Metsing stated the following: “Let me tell you that is is because of the members of this country’s army who put their necks on the block that we ended up taking power, and if today Thabane attains power, it is clear that some of them would be in danger.”

In the light of such statements, it is unsurprising that Thabane remains uncomfortable being guarded by members of a military he maintains tried to kill him in 2014. Moreover, there are widespread rumours in Maseru that the military officers assigned to guard Thabane post-election were part of a group formerly protecting and working with Metsing, who has a long-standing rivalry with Thabane. The presence of armed soldiers at many polling stations on election also raised concerns about voter intimidation, especially since the Mosisili government had pledged to restrict the army to barracks on election day.

For his part, Thabane has floated the idea of altering Lesotho’s security framework, looking to countries such as Costa Rica which have transitioned to alternate defence arrangements. “When we win [the election], we will gradually look at examples in the world where there are armed people who are not a classical army so that jobs would be kept and nobody would suffer and new recruits will undergo a less classical military training,” notes Thabane in a recent interview. Such a dramatic policy change would certainly raise the hackles of Thabane’s detractors in the military as well as outgoing PM Mosisili. The degree to which such a proposal stems from Thabane’s personal history with the military or from loftier aspirations remains uncertain. Nevertheless, Lesotho’s successive coups since independence point to a concrete underlying problem.

As things stand, Thabane’s need for coalition partners limits his political capital and puts into question his reform plans for the military. 2017 has the potential to either begin a period of reform or simply mark another year of deadlocked politics: don’t cancel that lease just yet.