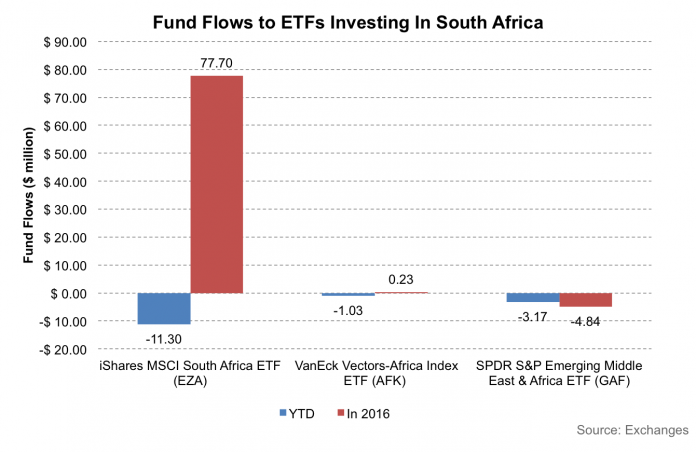 This is post 6 of 6 in the series “Is South Africa On The Edge Of A Cliff?”

Foreign investors hold nearly 48% of South Africa’s (EZA) equity markets and 36% of rand dominated bonds.   Therefore, money outflow from South Africa was massive in the past one month after the credit rating downgrade. 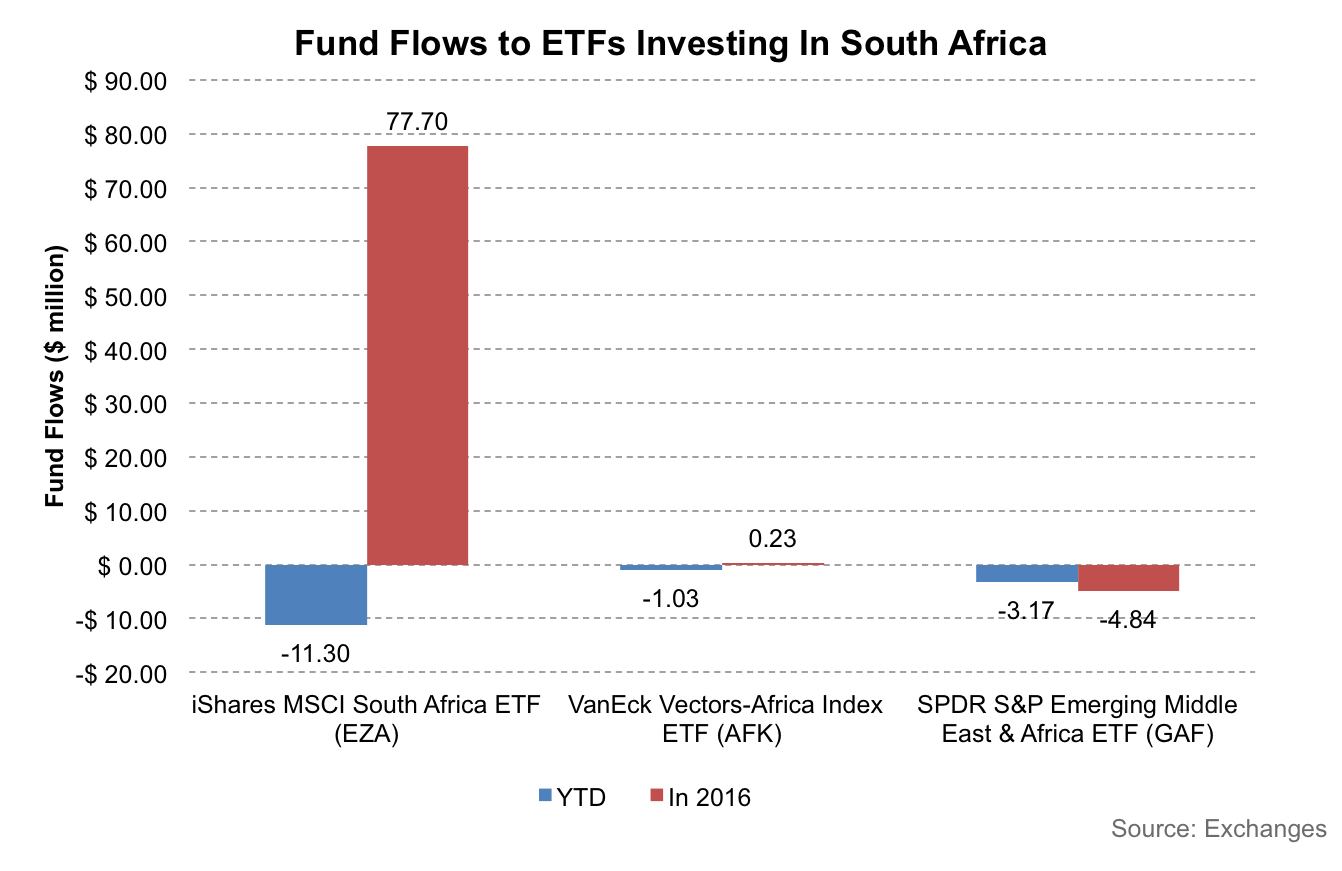 Central Bank governor Lesetja Kganyago recently stated that the country is attracting capital despite downgrades by S&P Global ratings and Fitch. In an interview, Kganyago argued, “the prospects are still very fluid, there are lots of moving parts. We have seen that in spite of the decline in our credit ratings, South Africa still managed to attract capital flows into our market.”

Among the funds investing in South Africa, the iShares MSCI South Africa ETF (EZA) has seen the highest outflows YTD amounting to $11.3 million. Comparatively, the VanEck Vectors Africa Index ETF (AFK) has witnessed outflows of merely $1.03 million during the same period. In 2016, these funds have received inflows of $77.8 million and $0.2 million respectively. Meanwhile, the SPDR S&P Emerging Middle East and Africa ETF (GAF) has witnessed outflows of $4.8 million and $3.2 million in 2016 and YTD, respectively.

Foreign investors are liquidating their South African investments after the country’s sovereign debt rating was cut to junk last month. Some bond indices are required to follow parameters related to the credit quality of their investments that require a minimum of an investment grade rating. After the downgrade, investors are forced to sell off their holdings in these indices leading to substantial outflows. In April alone, foreign investors have redeemed $11.4 million from the EZA ETF.

This is post 6 of 6 in the series “Is South Africa On The Edge Of A Cliff?”