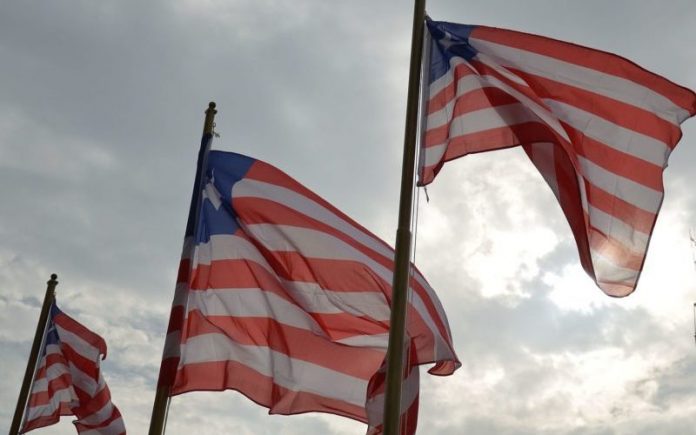 Economic slowdown is sparking protests against the Liberian president, George Weah, one year after the departure of the UN peacekeeping mission. Despite its nominal success, the  international community has failed to address the root causes of conflict, and mounting political tensions could reinstigate violence in the country.

A Mounting Challenge to Weah

Liberia, the West African coastal nation bordering Sierra Leone, Guinea and Côte d’Ivoire, has long been riddled with violence and economic dependence on foreign aid. Its deep seeded issues, coupled with recent economic and political turbulence, threatens to undermine a fragile peace. One year after the departure of the United Nations Mission in Liberia (UNMIL), Liberia security prospects are increasingly uncertain.

Back in March of 2018, UNMIL left the country after having successfully fulfilled the mission’s peacekeeping mandate. Launched in 2003, UNMIL was initially supposed to terminate its operations in 2016, but the date was postponed because the reconstruction of civilian structures lagged behind. Nevertheless, with Resolution 2333 (2016), the UN Security Council forced a deadline on March 2018. UNMIL’s withdrawal and the simultaneous transition from President Sirleaf to the Weah administration occurred in an orderly and peaceful manner. This was the final act of what practitioners commonly consider a successful peacekeeping story.

One year after the departure of UNMIL, Liberia is facing an economic downturn and mounting political tensions. On June 7th, thousands of demonstrators took to the streets of Monrovia to submit a petition to the government. This cahier de doléances was drafted by a group of civil society representatives gathered in the “Council of Patriots”. The document lists several short- and long-term measures to address widely-perceived corruption and economic stagnation. Demonstrators are reportedly prepared to protest until President Weah announces immediate reforms. Against this backdrop, the ongoing turmoil will demonstrate whether UNMIL has paved the way to solid and sustainable peace.

As UNMIL drew to an end, Official Development Aid (ODA) to Liberia dropped from USD 1,098 million in 2015 to USD 610 million in 2017. This downward trend has already had dramatic repercussions on annual GDP growth, which decreased from 8.7% in 2013 to 1.2% in 2018. The IMF has recently cut growth estimates for 2019 to 0.2%. On top of that, the underdevelopment of non-mining sectors is responsible for the high current account deficit (23.3% of GDP in 2018), further exacerbated by decreasing foreign aid. The high current account deficit is then driving inflation up to 28.5%.

Based on its stated core objectives, UNMIL performed very well in its since the initial deployment phase (2003-2006). These included preventing a resumption of conflict, abating violence, and protecting the UN staff. Although some quantitative studies have denied the positive impact of peacekeepers on security in deployment communities, UNMIL generally improved the security situation at the national level, as strongly confirmed by the population in a survey published in 2006. UNMIL successfully accomplished some non-traditional peacekeeping tasks too. Notably, it organized three widely-participated, free and fair elections in 2005, 2011 and 2017 as well as disarmed over 100,000 combatants and reintegrated 66,000 of them into civilian life. Yet, the sector that UNMIL failed to adequately tackle is economic development. Despite debt forgiveness and billions of dollars poured into Liberia since 2003 (the OECD calculated USD 765 million in 2011 alone), aid did not harness sustainable development, and the Liberian economy remained aid dependent. Plagued with corruption and economic stagnation, the future of the nation, having recently emerged from a civil war, is now being tested.

The combination of economic slowdown and high inflation is seriously affecting the living standards of Liberians. This has in turn sparked animosity against the Weah administration which has failed to boost development and fight corruption in the eyes of the population. These grievances are reflected in the recently-submitted petition. Political tensions can be particularly deleterious in a divided society emerging from conflict. Though a resumption of war is very unlikely at the moment, it is probable that political violence and repression will break out in the short-medium term if the Weah government is not able to revert the negative economic trend and convince the population that it is concretely fighting corruption.

In conclusion, despite its many successes, UNMIL has failed to tackle the structural drivers of war in Liberia. These are re-emerging now as decreasing development aid and UNMIL departure have negatively impacted the Liberian economy. Without concrete action by the Weah government, protests could escalate into violence in the short-medium term.

Corrado Čok is an MA graduate in conflict resolution from King’s College London with a background in international relations. As originally appears https://globalriskinsights.com/2019/07/liberia-mounting-political-tensions-in-a-fragile-context/