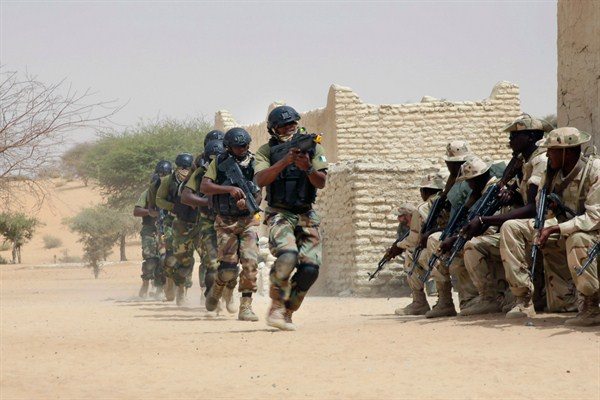 The U.S. Africa Command (AFRICOM), established in 2008 after officially separating from the European Command, has responsibility for all operations, exercises, and military-to-military trainings conducted on the African sub-continent. The U.S. Defense Department maintains six such geographic combatant commands globally.

Each spring, AFRICOM presents a summary to the Senate Armed Services Committee (SASC) on the past year’s military operations in the region. In the 2016 briefing, the U.S. Defense Department’s then chief of AFRICOM, General David Rodriguez stated that, “In fiscal year 2015, we conducted 75 joint operations, 12 major joint exercises, and 400 security cooperation activities.” This amounts to more than double the number total missions during in the first year AFRICOM was launched in 2008.

The growth is purportedly in response to the spread of Islamist extremism across the continent with the command now conducting regular strikes on Islamic State, al Shabaab, Boko Haram, al Qaeda in the Islamic Magreb, and the Lord’s Resistance Army. Africa’s role as a convenient base for the U.S. fight against terror groups outside the subcontinent is also growing for missions targeting Yemen, Iraq, Syria, and Libya.

For many years, the U.S. maintained only one official base on the continent, Camp Lemonnier in Djibouti. However, Foreign Policy has reported that aside from Djibouti, there are a total of at least seven other U.S. drone bases deployed in Africa, including Entebbe Airport in Uganda; Seychelles; Arba Minch, Ethiopia; Lamu, Kenya; Nzara, South Sudan; Niamey base, Niger; as well a US military hub in Burkina Faso.

Most recently, on 30 September, the U.S. Department of Defense confirmed that the U.S. would be investing up to $100 Million in yet another new military air base in Agadez, Niger that will also be capable of deploying drones.

Earlier this year, the Africa Center for Strategic Studies, a research institution under the Defense Department published a map of “Africa’s Active Militant Islamist Groups” that shows 22 organizations purportedly responsible for the skyrocketing terrorism activities on the continent.

Looking further afield, the U.S. is not alone in their military pursuits in the region. China is also seeking to expand its influence on the continent. About eight miles from Camp Lemonnier, the largest U.S. military base in Africa, is a 90-acre plot of land, which was recently acquired by China. Within a year, Beijing is planning to have its first overseas military base fully built and operational, arguably a major historic step marking its evolution as a rising world power.