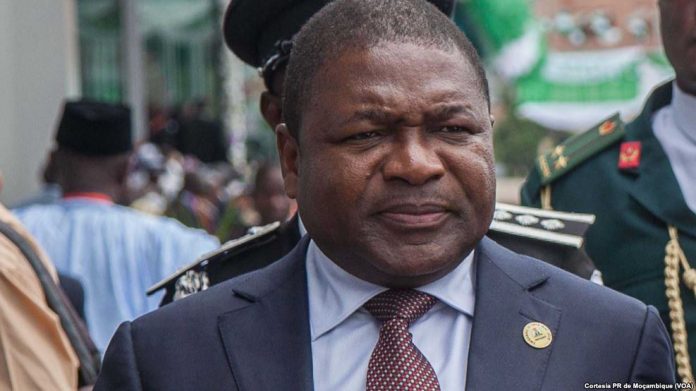 It seems Mozambique’s financing situation is so bad that it can’t muddle through for much longer.

According to fiscal projections in its presentation to creditors last week, the country doesn’t have enough money to make the January interest payment on its “Mozam” bond – an amount of $60 million. It could struggle to get through the rest of the first half of 2017 given the impact from currency depreciation on state-owned enterprises and banks, along with the cost of state subsidies for fuel importers. There’s also $119 million in principal due on Proindicus and further payment on MAM – two undisclosed loans at the center of the “tuna bonds” debacle. Public debt is reported at 130% of gross domestic product.

From here, it’s not a huge leap to conclude – as the country does in its presentation – that Mozambique is in debt distress. The International Monetary Fund declared a high risk of debt distress back in June – and the exchange rate has depreciated 23% since then against the dollar.

All of this points to a solvency problem. The country’s presentation looks like a pre-emptive call for a comprehensive debt restructuring. There is little to gain from waiting.

Yet whether the situation does in fact necessitate reductions in the amount that creditors are paid is questionable. The presentation also shows the potential favorable long-term impact from Mozambique’s awaited gas development. This should improve government revenues, the balance of payments and lift GDP.

“Mozambique’s growth prospects are promising in the long term,” says the official report. “Payment capacity is therefore expected to significantly increase after 2021.”

Government revenues are expected to rise by an average $2 billion a year from 2021 through 2025, and could be as high as $6 billion from 2023, according to the presentation. LNG exports will climb to over $8 billion a year between 2022 and 2025 on the back of the combined $20 billion investment by ENI and Anadarko.

According to the IMF, Mozambique’s nominal GDP is likely to rise by over 40% in dollar terms during the next five years to $17 billion in 2021.

No doubt bondholders will argue forcibly that this is reason not to take reductions, or haircuts, when what is required to get through the challenging next few years is cash flow relief. Since they have already provided this, in April, other creditors now need to do the same.

The “Mozam” bond has a 75% collective action clause; a well-organized and robust creditor group may be able to holdout to improve terms, pointing to the favorable longer term economic prospects in the same way as we saw in Ukraine, where (with the same advisors) ultimately the deal was creditor-friendly.

The best case is that “Mozam” holders manage to avoid a debt restructuring, but this is by no means certain. If we go down the full restructuring route, game theory dynamics could work to the advantage of a strong and well-coordinated group of bondholders. The collective action clause would mean that the government has to present an acceptable offer and cannot simply force harsh terms on bondholders. The government might seek 40% debt relief, but bondholders may demand little or no relief.

Ultimately, the outcome might converge in the middle at 20%, with gas warrants thrown in, a la Ukraine.

The author Stuart Culverhouse is global head of research for Exotix Partners.