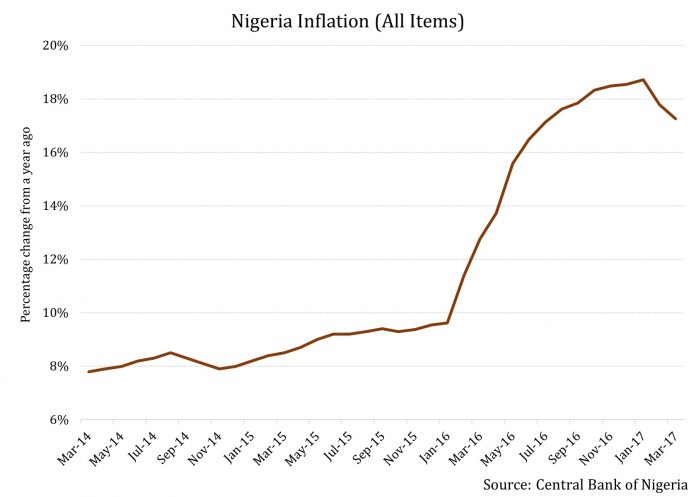 This is post 4 of 4 in the series “Nigeria: A Free Naira Can Unshackle the Super Eagle of Africa”

Can Nigeria avoid the slippery slope?

From one perspective, Nigeria wants to reduce its dependence on crude oil, but at another the country’s economic and investment prospects have received an uplift only because of the rise in crude prices. Furthermore, the federal government wants to increase oil production to 2.5 million barrels per day by 2019 which is expected to increase government revenue by 800 billion naira ($2.53 billion) per year.

Nigeria is exempt from the crude oil output reduction agreed upon by Organization of the Petroleum Exporting Countries (OPEC) and non-OPEC members last year.

With investors buying sovereign bonds because of expected economic improvement and government revenues projected to receive a shot in the arm because of oil prices, in some oil dependency still very much is the answer to Nigeria’s spending problems. 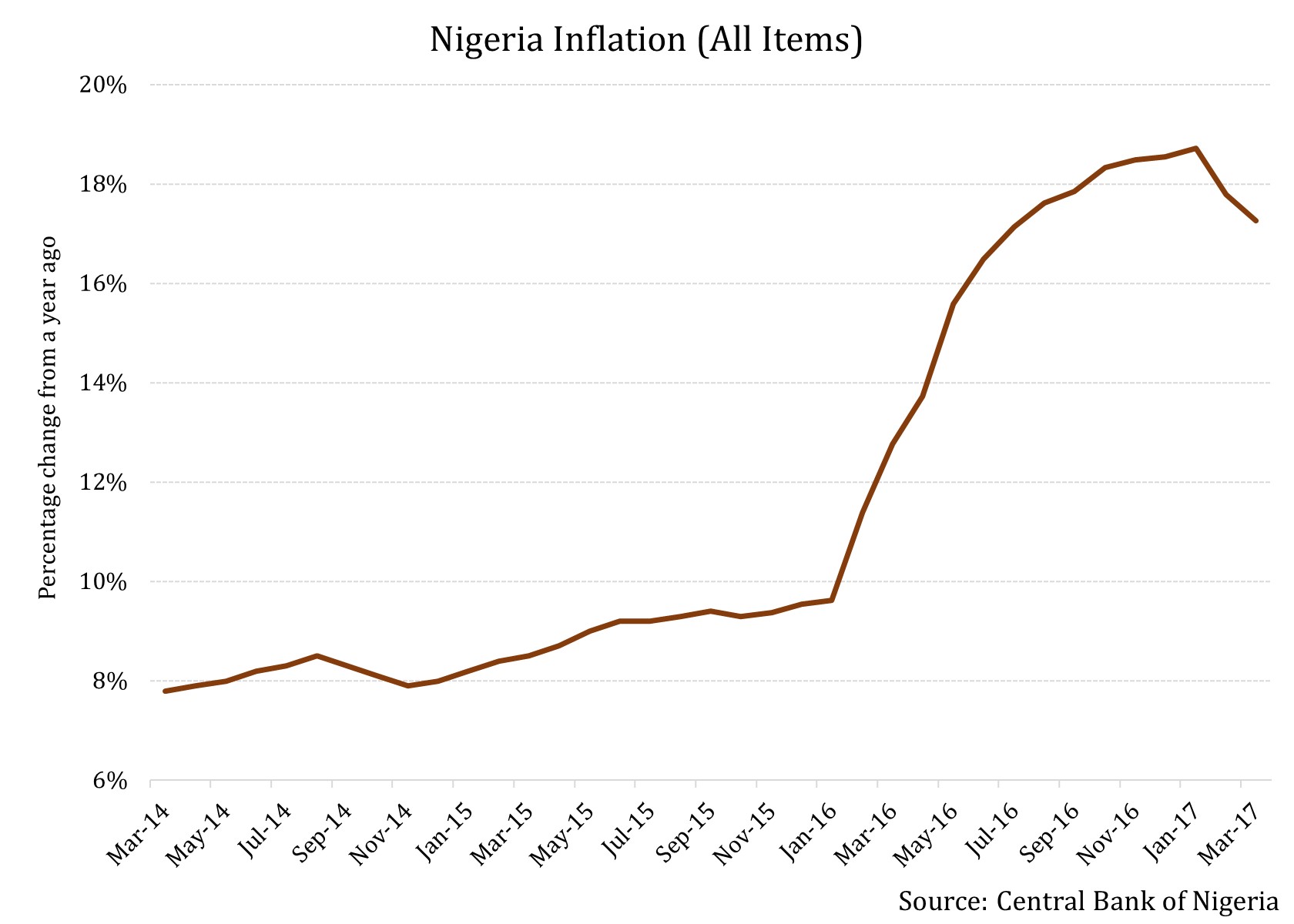 Not in the long-term though

Continuing to depend on oil prices is certainly a quick fix for the country’s fiscal issues , but the strategy will not sustain in the long-run when the next price decline hits.

Economic issues in Nigeria go beyond government revenues. The high level of inflation, as shown in the graph above, has been exerting downward pressure on consumer spending and unemployment remains widespread – especially among youth. With economic diversity and more foreign investment, the country will have a much needed opportunity to reduce unemployment and control inflation because some structural issues will be solved.

While speaking with The Wall Street Journal, the head of Nigeria Sovereign Investment Authority, Uche Orji, had acknowledged the role played by oil exports, but had also said that the sector is responsible for less than a fifth of the country’s economic output with agriculture accounting for 30% to 35% of the GDP (gross domestic product).

This is the right time for the country to go all out on reforms as relatively higher oil prices will keep the money coming in and not require forced cuts in spending plans – which would have been the case if prices had either remained at their 2016 lows.

Further, concrete steps on reforms, which will diversify the economy, will only make the country more attractive to foreign investment.

However, implementation in the key. As noted in the first article of this series, Nigerian authorities have only recently allowed a foreign exchange widow where the naira will be allowed to float freely. The interbank rate still remains much higher than the one in the parallel market.

Also, constructive efforts towards goals laid out in the four-year National Economic Recovery and Growth Plan will indicate the government’s willingness to decouple from the oil market price cycle. Though the restructuring will be time consuming, it will pay off, both for the country and its investors, in the long-run.

This is post 4 of 4 in the series “Nigeria: A Free Naira Can Unshackle the Super Eagle of Africa”