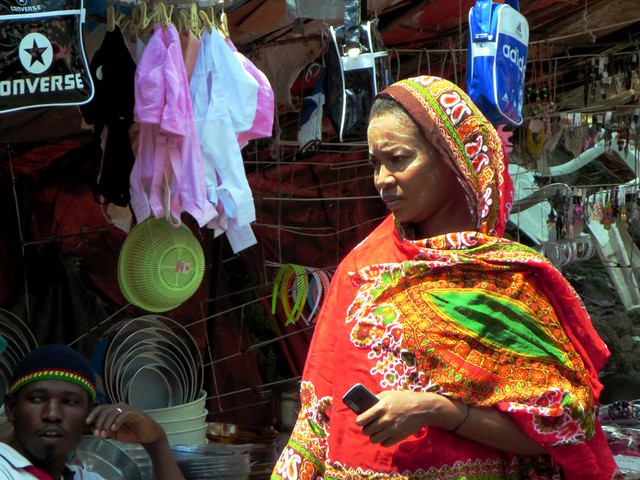 The mobile phone revolution is in full swing throughout the world.  Billions of people have been connected to the global economy, hundreds of millions are now able to access financial services for the first time, and countless others in traditionally underserved and rural communities can now receive essential healthcare services. The proliferation of cellular technology has spurred innovation and remarkably changed rural and frontier markets forever.

However there are still inhibitors preventing billions from accessing the mobile economy. Endaga, a rural telecom network provider that we have covered previously, is solving one crucial problem: rural cellular network connectivity for the world’s most rural communities in places like Indonesia, Pakistan, and Somalia.

Another Kenya-based company, BRCK, sells portable “BRCKs” that create 3G and 4G wifi connections for entire rural and underserved communities for up to eight hours off of one battery charge for as little as US$250.

Even after the connectivity problem has been addressed in frontier markets, an equally pressing problem remains – how do the world’s most impoverished communities recharge their cellular phones?  According to USAID, 600 million Africans, or 70 percent of the continent’s population, live ‘off the grid’ without access to electricity. Those that have access – even in more developed countries such as Ghana, Kenya, and South Africa (where it isn’t a good idea to invest in ice creamproduction) suffer pervasive blackouts as demand all too often outpaces electrical output. With the population of Africa growing amidst a persistent lack of investment into African utility infrastructure, ever higher percentages of people are living off the grid. For many millions of Africans and tens of millions in Asia and Latin America, intermittent or complete lack of access to consistent power production means that the simple act of charging cell phones is far from simple.

Shopowners in ‘off-grid’ communities will often sell the ability to charge cellular phones via a solar network. However for this service can be exorbitant and beyond the reach of many Africans. A journalist at Scientific American calculated that the  cost of charging a cellular phone in rural Zimbabwe can run as high as US$93 for one year. This quote assumed the use of a smartphone, and not a more prevalent ‘feature-phone’; therefore the actualy cost is probably somewhat less.  Still, in a country where the World Bank estimates that 2013 GDP per capita is $953, the aggregated cost of charging and airtime can become cost-prohibitive for routine use. To put electricity prices into perspective, in some places in Africa electricity can cost 100 times as much as in the United States.

A number of startups are working on solutions to give those in ‘off-grid’ communities access to cheaper electricity. More often than not, the solution involves a form of solar technology as many that live in ‘off-grid’ locations record as many as 325 sunny days per year. Yet, a photovoltaic system in its most primitive form still costs as much as $50, still out of reach for many even though they are both less expensive and safer over time than kerosene, which is the source of light and warmth for the majority in sub-Saharan Africa.

Where startups are innovating is via the introduction of financing models that make the upfront costs of solar power installation palatable for many in ‘off-grid’ communities.

The most famous and arguably most successful in this space is M-Kopa, a spin-off from the mobile money transfer behemoth, M-Pesa. Backed by the Gates Foundation, M-Kopa Solar charges users fees on a pay-as-you-go (PAYG) system. Similar to a mobile phone, the mobile device carries a SIM card that is used to process payments when it suits the owner’s wallet. Recently, M-Kopa raised US$ 20 million to fund expansion of their customer base from 50,000 homes to one million homes by 2018. M-Kopa Solar won the Zayed Future Energy Prize just weeks ago.

Out of Israel, Nova Lumos works to power homes in Africa through mobile payments based upon usage of a leased and easily self-installed photovoltaic system – and a downpayment of just $20. Nova Lumos is backed by Israeli-based VCs such as Israel CleanTech Ventures.

Another Israeli company, Energiya Global – founded by the creator of Israel’s first solar-based (Arava Power) public utility is working to bring 50 million people in Africa “on to the grid” through the installation of large scale solar plants by 2020. Backed by private and public sector funds, their Rwanda solar field is the first utility-scale project to reach financial close and come online under the Africa Clean Energy Finance (ACEF) program under the White House-spearheaded Power Africa Initiative. This field came online on February 9th, 2015.

In Tanzania, Off Grid Electric bills itself as the world’s first scalable “solar energy as a service” company. The company charges about $5 per month per connection following a $6 initiation fee and is backed by Paul Allen’s Vulcan Capital, SolarCity, and UK-based Zouk Capital. The company is targeting 200,000 customers by the end of 2015.

Finally, Azuri Technologies, another PAYG solar energy provider, is the largest solar PAYG provider in Sub-Saharan Africa.  Azuri installs a solar home system that provides 8 hours of clean lighting each day and the opportunity to charge mobile phones at home. After paying a one-off installation fee for their system, the user then purchases a scratch-card each week for around $1.50 to top-up their unit, replacing their current weekly spend of around $3 on kerosene and phone charging.

With the continent increasingly dependent on mobile connectivity and the growing numbers of individuals without access to “the grid” it’s no surprise that companies are finding ways to profitably service the need of providing basic, affordable power to under-serviced African communities.