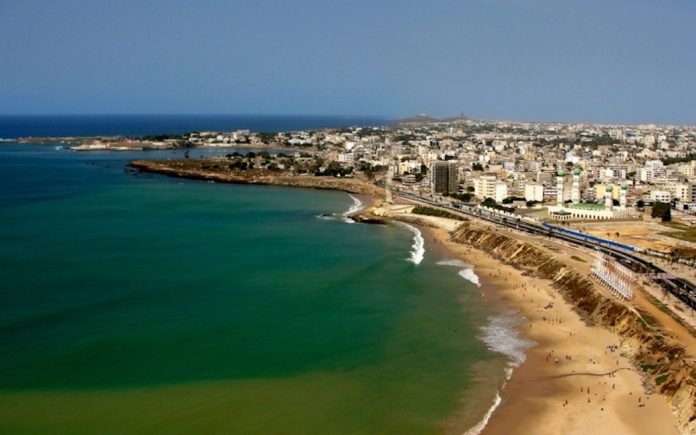 The EE signal suggests an improvement in Senegal’s political environment

As produced by EE’s sophisticated app, it is projected that media sentiment towards Senegal will recover from a slight downturn and gradually become more positive by the end of October. The green spot furthest to the right on the graph (above) is the starting point of the signal. We predict that the line’s initial negative trajectory will reverse and modestly trend upwards, which indicates positive media coverage. Considering the strong correlation between media sentiment and political events, EE draws the conclusion that the Senegalese political environment will continue to improve until at least October 26.

GRI assessment of the EE signal

GRI’s team of directors and our West Africa experts have assessed this signal provided by EE. Based on local expertise and political risk training, we agree with the data analytics produced that Senegal will see its latest negative media coverage reverse, with coverage slightly trending upwards until the end of this month, indicating an improving political environment. This is likely to be the case for the following reasons:

A host of recent announcements have made clear that Senegal possesses far more offshore oil and gas reserves than previously believed.

In April, Australian explorer FAR’s upwards revision of the reserve estimate at its deepwater SNE field by 20% marked the continuation of a several months of good news by upstream companies in Senegalese waters. Earlier pronouncements by US firm Kosmos Energy at its Guembuel-1 gas well and UK player Cairn Energy at its SNE oil well began to position Senegal as one of the region’s major oil and gas producers of the future.

In sum, oil and gas costs in Senegal’s offshore fields have fallen by 20% in two years. Dakar is looking at 20 trillion cubic feet of gas in the Greater Tortue Complex alone, and potentially 640 million barrels of oil from its SNE field.

Even at the low end, these are transformative numbers. While there is always the risk of a resource curse, similar to what has afflicted some of Senegal’s regional neighbors, Dakar can boast of a relatively diversified economy and stable governance, two characteristics that countries which experience a large influx of revenues from natural resource exploitation need to avoid falling into a trap of dependence and overspending.

Senegal was one of Africa’s pioneers in issuing sukuk – bonds compatible with Islamic law. Its initial 2014 round was sub-Saharan Africa’s largest, and its second sukuk offering this past June boldly continued the country’s decision to offer attractive bonds denominated in CFA francs, the regional currency. In fact, it was announced last month that this recent issuance actually raised $341 million, some $85 million more than planned. Expect much of this to be ultimately invested in growth-raising infrastructure, particularly in rural areas of the West African state.

In addition, Senegalese politicians also benefitted from another windfall last month – this time from theAfrican Development Bank. The regional lender greenlighted $1.4 billion for Dakar over the next five years to be used for large-scale investments in agriculture, energy, and transportation, including $48 million in budget support for 2016 alone. This sizable loan represents the organization’s biggest investment in Senegal to date, and should help signal confidence in the country’s reform-minded administration.

Indeed, a recent loan agreement for sub-Saharan Africa’s largest solar project not owned by a public utility (in northern Senegal) as well as the announcement of a $500 million industrial park in the country by Chinese investors demonstrates just that.

Senegal’s Casamance region, just south of The Gambia, boasts colorful festivals and some of the most beautiful beaches in West Africa. However, for the last 25 years it has suffered from a low-level insurgency waged by a primarily Christian, ethnic Jola separatist group, which gave rise to a subsequent French travel advisory. That warning was lifted in early October, after years of pressure from the Senegalese government.

The effects will not be immediate. For one, tourism to Casamance had already picked up since the 2004 peace accord between Dakar and a faction of the rebels. At the same time, similar travel advisories by Canada and a number of other Western countries remain in place, although a domino pattern resulting in an easing of travel restrictions often occurs in these situations. This is often followed by tour group operators taking note and gradually restarting dormant travel programs. Given the popularity of The Gambia’s coastal cities with European vacationers, it would not be overly ambitious to expect Casamance’s beaches to significantly boost Senegal’s tourism earnings within the next five years.

These three developments all point towards the Senegalese government either receiving a budgetary boost in the short-run, or reaping the rewards of financial windfalls in the medium- and long-run. As we havepreviously noted, such injections of cash often mitigate political factionalism in post-election African states (President Macky Sall has been in power since April 2012, but Senegal’s deep divisions were exposed once again during a referendum in March).

Former President Abdoulaye Wade was adept at playing patronage politics across party lines, and in spite of a number of prudent reforms and infrastructure investment, there are few indications that Sall has changed course. Therefore, we expect Senegal’s economic outlook and political climate to trend upwards towards greater growth and increased political stability.