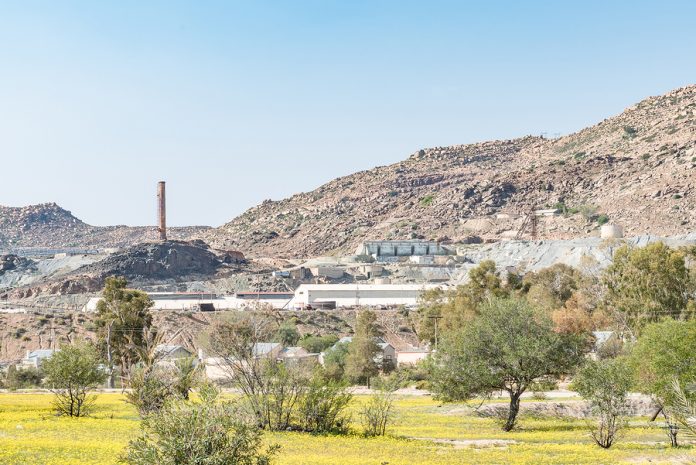 Economic growth in Zambia has taken a hit in the past two years as can be seen from the graph below. Domestic output in these years rose at less than half the pace seen in 2012 and 2014. 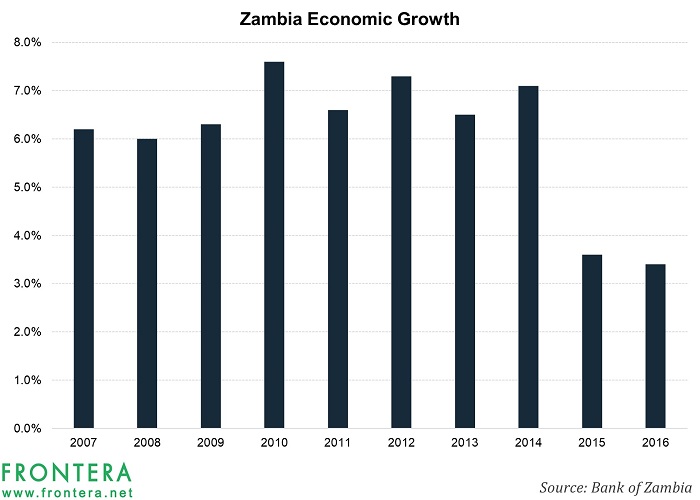 Much of the slowdown has to do with copper. The non-ferrous metal forms over 70% of the country’s exports, as shown in the graph below. 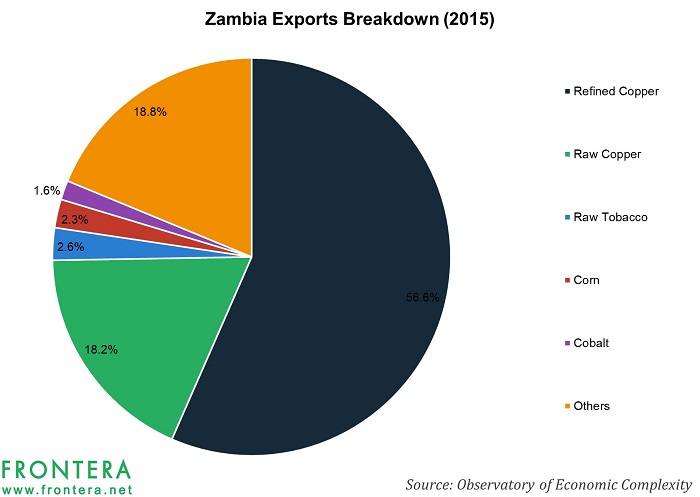 Zambia is Africa’s second-largest copper producer. According to London Metal Exchange data, copper prices fell by 13.7% in 2014 and by 26% in 2015, thus impacting output in the following years. However, things may be looking up. 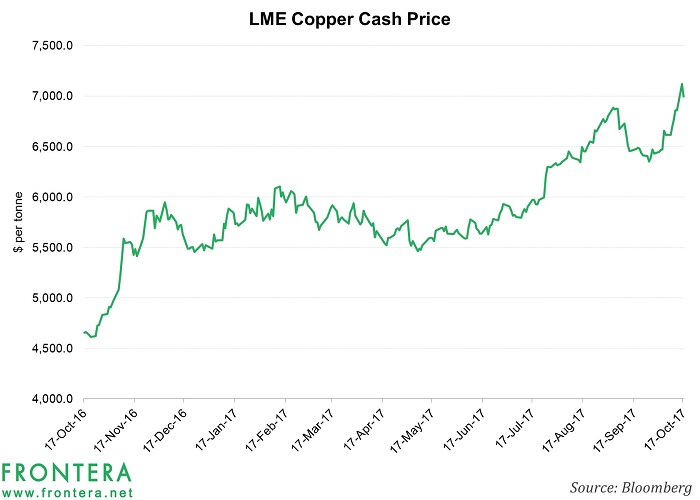 The graph above displays the recent rise in copper prices, which is expected to provide a shot in the arm to the country’s economic growth. Finance minister Felix Mutati expects the economy to grow by 5% in 2018 from an expected 4.3% this year.

As of October 17, copper prices have risen by 26.7% in 2017 while Zambia’s copper exports have shot up by 38% through August, thus helping the economy expectedly grow over the 4% level for the first time in three years.

After a tumultuous couple of years, Zambia finally finds itself in a position from which it can look to a brighter future. It continues to face challenges, but has seen some economic indicators turn favorable.

For instance, while inflation at 6.6% for September seems high, it is down markedly from double digits just a year ago and has dropped from over 20% in early 2016. Resurgent copper prices, as seen above, have supported the otherwise flagging economy.

However, rising debt remains a serious concern for the country, and can have implications for fixed income investors – an scenario which the government intends to address. 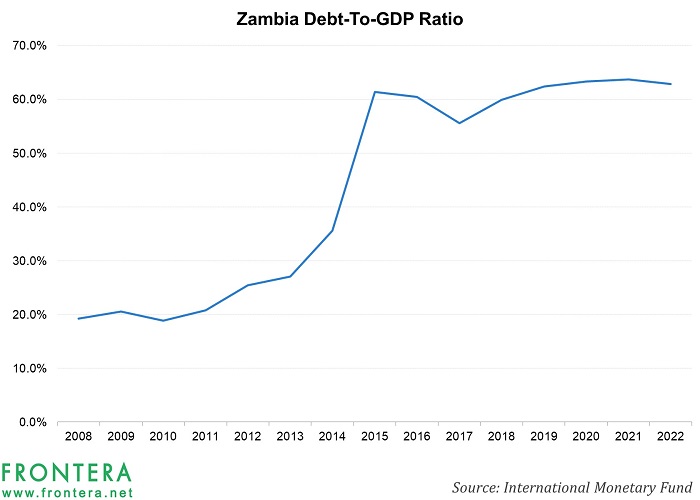 In a recent review, the International Monetary Fund (IMF) had a positive view on the near-term outlook for the country’s economy due to rising copper prices and good rainfall which has helped power production. However, it also cited high debt, fiscal consolidation, and revenue mobilization as issues.

According to the IMF, the fiscal deficit on a cash basis had stood at 9.3% of gross domestic product (GDP) in 2015, two times its budgeted level.

The institution viewed the pace of growth of public debt as “unsustainable”, pointing specifically to the risks it poses to the private sector.

It noted that outstanding public and guaranteed debt rocketed from 36% of GDP in 2014 to 60% in 2016, primarily due to external borrowing and weakness in the Zambian kwacha.

Apart from rising copper prices, prudent policies are required to enhance the attractiveness quotient of Zambia among African nations.

The country has launched the Economic Stabilization and Growth Program and the Seventh National Development Plan in that direction. Further, finance minister Mutati is of the opinion that the 2018 National Budget will address the IMF’s concerns. The budget aims to reduce the fiscal deficit to 6.1%.

Zambia also intends to increase revenue collection by the Zambia Revenue Authority (ZRA). Mutati said that the ZRA would aim to increase tax compliance from56% currently to 76% going forward.

Zambia has been undertaking reform measures in order to procure a $1.3 billion loan from the IMF which has so far eluded them due to high public debt. 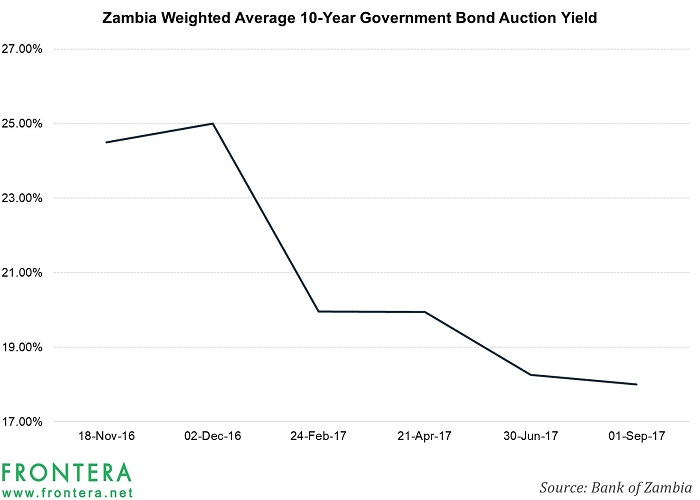 Reining in public debt is important also in order to keep its borrowing costs low. The graph above shows that the average auction yield on the 10-year bond has come down, easing some pressure on government finances.

Zambia’s external debt rose to $7.6 billion by the end of August 2017 from $2 billion at the end of 2011. This includes three Eurobond issuances from 2012 until 2015 amounting to a cumulative $3 billion. The earliest of these issuances falls due in September 2022 and concerns over debt would raise questions on the repayment ability of the government, thus hurting investors in these bonds. At this juncture, increasing copper prices could play a strong role in improving the health of the economy.