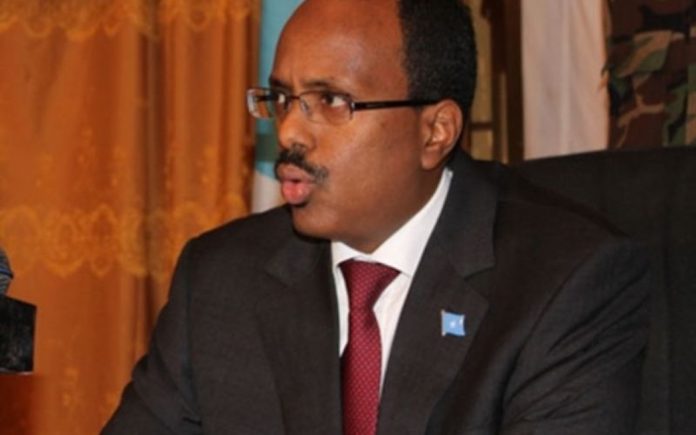 Last Wednesday, Mohamed “Farmajo” Mohamed, a former Prime Minister and a dual Somali-American citizen, was elected President of Somalia. Farmajo defeated former president Hassan Mohamud in the second round of the election with a final tally of 184 votes to 97 votes.

Last week, Somalia held presidential elections in a high-security compound in the capital of Mogadishu. There were 24 presidential candidates, ranging from the incumbent President Hassan Mohamud to the Minister of Education of Puntland Ali Haji Warsame. Since Somalia still has fledgling national institutions and an underdeveloped security apparatus, the populace cannot exercise its right to vote. Instead, Somalia’s 329 members of the upper and lower houses of parliament cast ballots for the president.

Before national elections took place on February 8th, elections had been delayed four times with serious concerns over intimidation and fraud. Although Somalia has a homogeneous population, clan considerations have long dominated the political arena since the collapse of Siad Barre’s dictatorial regime in 1991. Under Barre’s regime, general clan sociopolitical networking — could have created more cohesive and stable governance — was suppressed in favor of more sclerotic nepotism. Without dynamic networking among the various clans for 22 years, Somalia’s government regressed and each clan vied for political supremacy. Even though a national constitution was adopted in the summer of 2012, the same problems tied to tribalism that became pervasive in the 1990s still persist today.

On the campaign trail, the new president Farmajo promised to revamp Somalia’s security forces and to eventually limit the country’s reliance on foreign troops from the African Union Mission in Somalia (AMISOM). The Somali federal government’s restricted scope of authority has been problematic when coupled with the presence of Al-Shabaab, the Islamist militant group operating in southern parts of Somalia. The principal aim of Al-Shabaab’s leadership has been the creation of a nationwide Islamic caliphate. Late last month, Al-Shabaab militants attacked a hotel in Mogadishu, leaving 28 persons dead. According to media reports, the hotel that was attacked is situated near the national parliament building; the attack itself consisted of an initial bombing and subsequent gun attacks.

What could complicate Somalia’s domestic security situation is the involvement of neighboring Ethiopia. In 2006, US-backed Ethiopian troops supported the Somali Transitional Federal Government (TFG), the predecessor of the Somali federal government over the Islamic Courts Union (ICU). Somalis have long been wary of Ethiopia’s direct involvement in Somalia’s security situation and Somali national politics with Ethiopia ostensibly able to create divisions among Somalia’s clans as an outside actor.

Last month, an Ethiopian think tank linked to the Ethiopian central government warned that a Darod presidency — the Darods are one of Somalia’s major clans — might lead to an even more precarious situation in Somalia. President Farmajo hails from the Darod clan while former former president Mohamud is from the Hawiye clan. Before elections this week, Mohamud had travelled to the Ethiopian capital of Addis Ababa five times in the last month alone. While the Ethiopian’s central government’s support of Mohamud was overt, Hailemariam Desalegn, the Prime Minister of Ethiopia, has vowed to work closely with Farmajo.

On top of concerns of tribalism and Somalia’s security situation, the Somali economy remains underdeveloped. Areas of the economy that might show promise with a better security situation are agriculture, fishing, and livestock. In order to bolster the Somali economy, the Somali national army (SNA) must be able to repel attacks from Al-Shabaab militants without assistance from AMISOM security personnel. Although the SNA boasts roughly 22,000 members, AMISOM has not regularly coordinated operations with SNA troops. Beyond acute concerns related to the security situation and the economy, a nationwide famine could exacerbate tension in the country. Last week, three United Nations agencies warned that six million people face a very real risk of famine in Somalia. In 2011, roughly 250,000 people died as a result of famine.

While it is unclear at what pace Farmajo plans to craft and implement his policies while in office, his administration in the Somali federal government will have to spearhead an agenda of political transparency, cautiously push for an independent standing army, and propel an economy that has not had a framework for development in decades.