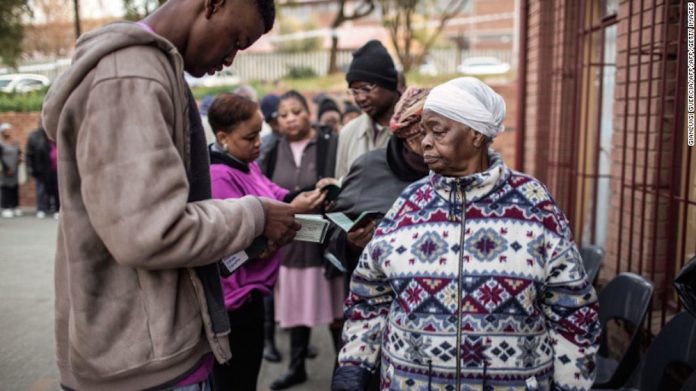 South Africa’s governing party has been relegated to a predominantly rural constituency, which will trigger a divisive backlash from its urban constituency over the next year, causing policy paralysis for key industries, exacerbating security risks, and retaining high probability of a credit downgrade.

On 3 August, South Africa held nationwide municipal elections that were credited by observers as transparent and fair, despite some minor localised irregularities and disruptions. The long-time governing African National Congress (ANC) party gained 53.9% of the total vote, significantly down from 62% at the previous municipal elections in 2011. Crucially, the ANC lost outright control of councils in several major cities, including the country’s largest city Johannesburg, populous Ekurhuleni, and the administrative capital Pretoria (Tshwane Municipality) in the industrial heartland of Gauteng Province, as well as Port Elizabeth (Nelson Mandela Bay Municipality), an important manufacturing hub and port city in the traditionally ANC-aligned Eastern Cape Province. However, the party still retained the largest share of the vote in Johannesburg.

The main opposition Democratic Alliance (DA) only gained 26.9% nationally (up from 23.9% in 2011). Yet the DA extended its appeal with middle class urban voters and gained the highest share of the vote in Pretoria and Port Elizabeth, while extending its control over the country’s second largest city Cape Town in Western Cape Province, where it now leads councils in most municipalities. The radical leftist Economic Freedom Fighters (EFF) party, which was only formed in 2013, gained 8.2% of the vote and will play a key kingmaker role in coalition negotiations in hung councils. The Inkatha Freedom Party (IFP) also increased its share of the vote (4.3%), mostly drawn from ethnic Zulu voters in KwaZulu-Natal province.

These results are broadly in line with our forecasts made in January 2016. The elections marked the first time that the ANC’s share of the national vote fell below 55% since taking power in 1994. The shift in support from the ANC to opposition parties was motivated by the ANC’s weak record on municipal service delivery, such as provision of water, electricity, and housing, as well as economic mismanagement, with unemployment at 27% and the central bank projecting zero growth this year. Moreover, widespread perceptions of corruption implicating senior officials, most notably President Jacob Zuma, have tarnished the party’s reputation. Politically motivated interventions in financial policy have also left South Africa’s debt just short of a downgrade to non-investment ‘junk’ grade. Major credit rating agencies postponed a widely expected further downgrade in June until after the municipal elections.

There is a precedent to form coalitions in South African municipalities, although this has not yet been replicated in major cities, where negotiations are likely to be lengthy and cumbersome. In Port Elizabeth, the DA has a stronger mandate to lead the council in coalition with smaller local opposition parties, such as the EFF, the ANC-breakaway Congress of the People (COPE), or the centre-left United Democratic Movement (UDM). However, coalition-building will be tougher in larger cities in Gauteng where margins of victory are far slimmer and the EFF is the only feasible opposition partner. The DA and EFF are not ideologically compatible partners. The EFF advocates nationalization of banks, mines, and other key industries and seeks expropriation of farmland without compensation for redistribution. Moreover, EFF party leader Julius Malema has been charged with tax evasion and money laundering in relation to issuance of public contracts in his home Limpopo Province, though Malema has denied all such charges.

If the DA and ANC fail to form a coalition in those Gauteng cities, then election re-runs could be held or frail minority governments could emerge as an alternative. Eventual coalitions in Pretoria and Johannesburg are more likely to be weak and heavily dependent on support from smaller parties, chiefly the EFF. This will increase the risk of policy paralysis and cause delays in city procurement, maintenance and construction contracting, and service delivery. Port Elizabeth, Pretoria, and Johannesburg all have thriving manufacturing industries, such as vehicle-making factories and metal smelting plants. Municipal licensing to such industries is likely to face delays or could even be held up for politically-motivated reasons to frustrate rival political parties.

Moreover, municipal contracts signed by previous metro governments will be at higher risk of revision and even cancellation. The DA and EFF have campaigned heavily on eradicating corruption from municipal governments and are likely to review all procurement contracts, initiate graft investigations into questionable deals, and prosecute service providers accused of malpractice. This is likely to affect construction and engineering contractors, as well as telecommunications and broader utilities.

The primary consequence of the municipal elections has been the relegation of the once-dominant ANC party to a predominantly rural party that holds onto political power through alliances with traditional leaders in rural locations. As a result of the ANC’s slide in major cities, the party’s support could drop close to 50% in the 2019 national elections. This is likely to trigger a backlash among urban-based ANC leaders, especially those in Gauteng who saw the largest electoral setbacks at the municipal elections. EXX Africa has previously forecast that the most likely threat to President Jacob Zuma’s dominance would come from Gauteng Province, where the president is particularly unpopular. The anti-Zuma faction will be supported by influential veteran leaders of the ANC’s former armed wing (Umkhonto we Sizwe), as well as the ANC’s governing alliance partners labour federation the Congress of South African Trade Unions (COSATU) and the South African Communist Party (SACP). President Zuma is widely expected to remove SACP and COSATU leaders from influential posts in an upcoming government reshuffle, which would further exacerbate internal alliance relations.

However, President Zuma is unlikely to be recalled or step down as national president until at least December 2017, when the ANC holds an elective leadership congress and when Zuma is due to stand down as ANC party president. He still retains significant control over the party’s top decision-making body the National Executive Committee (NEC) and will be able to influence his own succession, which is being contested by two rival camps spearheaded by Deputy President Cyril Ramaphosa, who enjoys the support of the anti-Zuma faction, and by Chairperson of the African Union Commission Nkosazana Dlamini-Zuma. Dlamini-Zuma will depend on the endorsement and political backing of President Zuma, who is her ex-husband, to ensure the support of rural provincial ANC leaders and the party’s Youth and Women’s Leagues. In the unlikely case that President Zuma steps down or is recalled as national president following the August elections, he will be succeeded by his deputy Ramaphosa, which would strengthen his chances of succession in 2017. EXX Africa currently views a succession by Ramaphosa as most likely, unless a strong third candidate emerges.

The relative political weakness of the two apparent frontrunners is likely to allow more succession candidates to emerge and seek the support of defeated ANC structures in large Gauteng cities. Potential figures around whom support for a third candidacy could rally include former president Kgalema Motlanthe, former Reserve Bank governor Tito Mboweni, ANC Secretary-General Gwede Mantashe, SACP leader Blade Nzimande, and ANC Treasurer-General Zweli Mkhize. Since the ANC has adopted a top-down political slate system to contest the party’s leadership, indications of such a third candidacy are likely to become apparent towards the end of 2016, one year ahead of the December 2017 ANC elective congress.

The main implication of such political uncertainty following the 2016 municipal elections will be continued policy paralysis over key pieces of legislation governing the mining, energy, power, private security, and agriculture sectors. Moreover, the government will be unable to implement cost-cutting and business-friendly measures proposed by Finance Minister Pravin Gordhan in February, accelerating a likely downgrade of the country’s debt rating to non-investment grade later in 2016. There is also a higher risk that the government proposes new radical and populist policies to boost its support ahead of the 2019 elections. Credit rating agency Fitch says ‘this could include costly spending measures that could require breaching expenditure ceilings or redistributive regulatory policies that might undermine economic growth.’ Populist proposals already resulted in a review of South Africa’s trade status with the US.

The succession contest within the ANC will also trigger outbreaks of violence between partisan supporters, especially within key battleground provinces such as Gauteng. The lead-up to the municipal elections was marked by riots in Pretoria and disruptive strikes at fuel refineries. The political involvement of the trade unions also indicates heightened risk of disruptive industrial action over the next year in key industries, such as mining, manufacturing, power, and transport, as well as the public sector.

The three major credit rating agencies are particularly concerned over South Africa’s unsustainable public spending, mismanagement and overspending at state-owned enterprises, rising unemployment, lackluster growth, lack of regulatory clarity on key legislation such as minerals development and labour practices, as well as the uncertain political climate ahead of the 2017 ANC elective congress and the 2019 national elections. The prospect of a credit downgrade to non-investment grade has been delayed, but not avoided. The key indicators for a downgrade are future policy mistakes, a lackluster economy, lack of necessary reforms, and an uncertain political outlook. All of these indicators are still in play following the municipal elections. As a result, a downgrade by at least one credit ratings agency is almost inevitable. The most likely timeline for a credit downgrade is in December 2016 or early in 2017.

The impact on the country’s economy would be devastating, drying up foreign investment, raising borrowing costs, while major international investors would be forced to ‘dump’ the country’s US dollar denominated debt. Local currency denominated debt would be unlikely to be directly impacted. A cut to non-investment grade would increase South Africa’s borrowing costs and further frustrate attempts to plug a budget deficit estimated at 3.2% of GDP in the 2016/17 financial year. According to Finance Minister Pravin Gordhan, it could take at least five years for South Africa to return to investment-grade status following further downgrades.

This holds serious implications for the local banking sector. South African banks have been hit hard by the shock to the rand and financial markets, while already facing an increasingly vulnerable economy and the increasingly likely prospect of a credit downgrade to junk status by ratings agencies. Meanwhile, aggressive rate hikes by the reserve bank would further damage local banks given their exposure to household debt. However, local investors are unlikely to turn away from South African banks, which have proven resilient to exogenous shocks over the past few years, thus limiting any immediate liquidity risks in the sector.

EXX Africa is a specialist intelligence company based in Johannesburg, South Africa