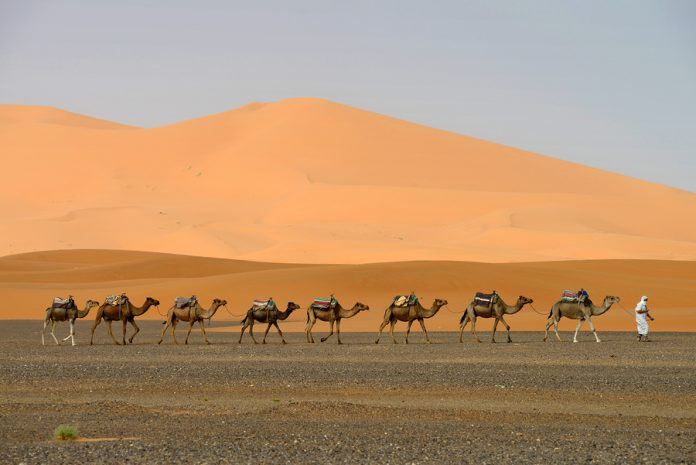 This is post 1 of 5 in the series “Checking the Pulse of Africa: Insights from the World Bank Report”

Sub-Saharan Africa is coming out of a tough 2016. According to the April edition of ‘Africa’s Pulse’ report released by the World Bank, the region’s economy grew by 1.3% – the worst showing in over 20 years. Unfavorable external developments and low commodity prices were cited as the primary reasons for the poor economic growth of the region.

Oil exporting countries from the region were hurt while metals exporting ones fared relatively better due to the decline in oil prices. Meanwhile, growth in non-resource-intensive countries was strong in 2016 due to the diversified structure of their economies.

A major reason for the depressed economic growth in sub-Saharan Africa last year was the subdued economies of the big three of the region: 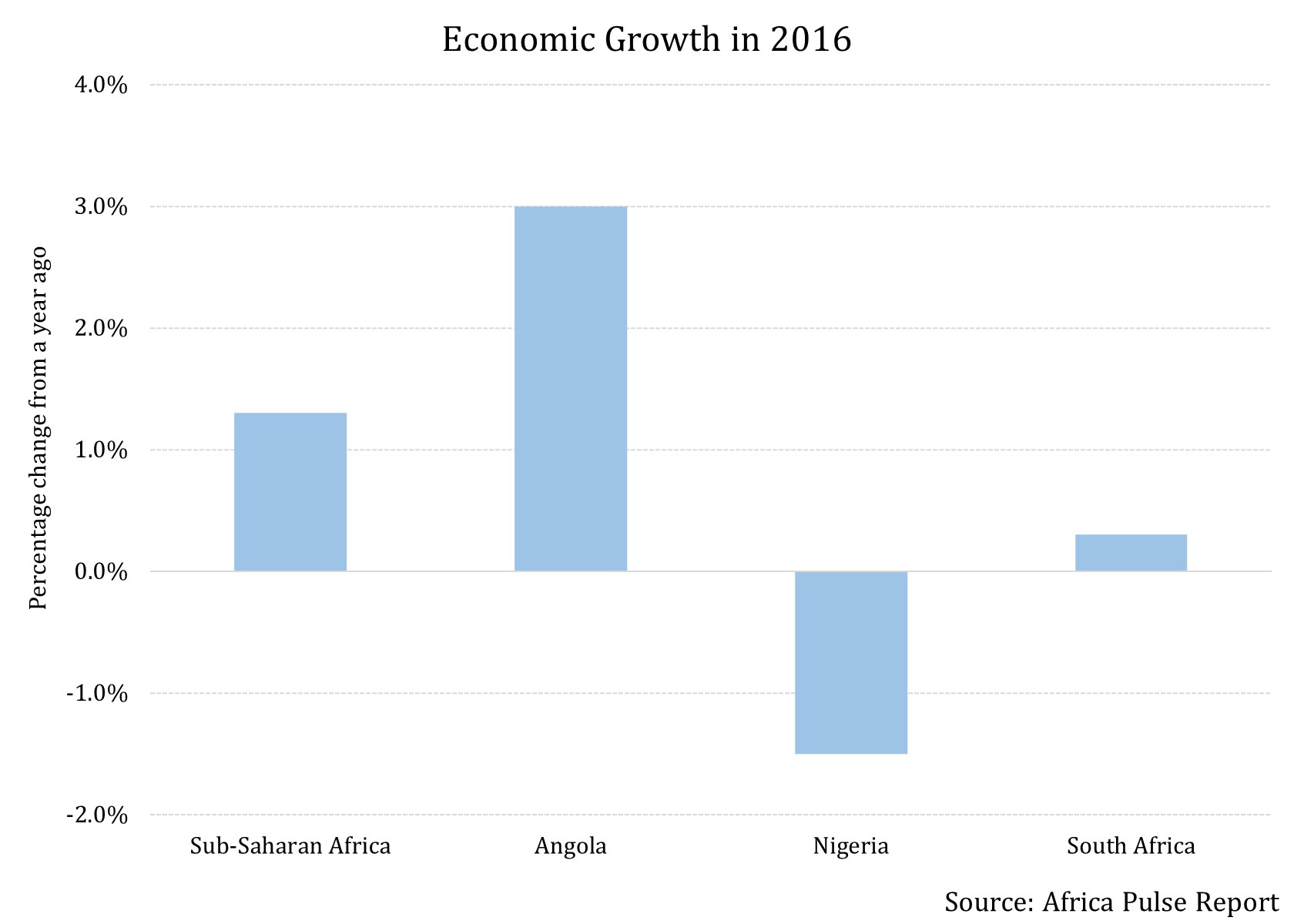 The challenges of the big three

All three aforementioned economies have been plagued by issues at home.

Angola’s economy has been hurt because of the decline in crude oil production. Nigeria, which has also been impacted by the fall in crude oil prices, witnessed its first full year contraction in a quarter of a century last year. Domestic security issues, which saw attacks on the country’s oil pipelines, were prominent reasons which held back the economy, apart from delays in government budget implementation.

Meanwhile, South Africa’s economy has been negatively impacted by drought which has pummeled its agriculture sector. A contraction in its mining and manufacturing sectors has also hurt economic growth.

The World Bank noted that excluding the big three, the remainder of sub-Saharan Africa grew by 4.1% in 2016.

The World Bank asserted that the sub-Saharan Africa region is recovering in 2017 on the back of an increase in commodity prices, rise in external demand, and the rebound in agriculture after the drought caused by the El Niño effect in countries like South Africa and Malawi in 2016.

The big three have their own set of challenges though. While Angola and Nigeria continue to have restrictions on access to foreign exchange with liquidity at banks remaining at the forefront, South Africa is riddled by policy and political uncertainty, which led to the country losing its investment-grade rating earlier this year.

However, the World Bank felt that “The slowdown in Angola, Nigeria, and South Africa—the region’s three largest economies— appears to have bottomed out toward the end of 2016.” It remained hopeful of a rebound in these economies which would improve economic growth in sub-Saharan Africa to 2.6% this year.

The attractiveness of these countries in many ways depends on their deficit indicators. Let’s look at those in the next article.

This is post 1 of 5 in the series “Checking the Pulse of Africa: Insights from the World Bank Report”