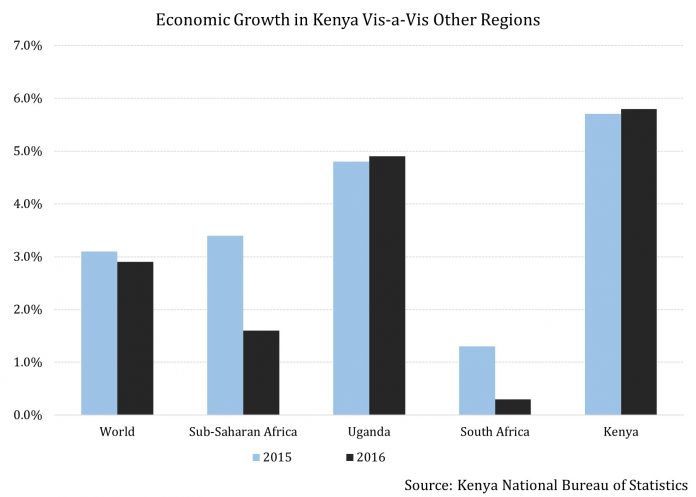 This is post 1 of 4 in the series “Kenya: Worsening Macroeconomic Situation to Weigh on Stocks?”

Kenya has done quite well when it comes to economic growth for 2016. The Kenya National Bureau of Statistics recently released its economic survey for 2017 in which it informed that gross domestic product (GDP) growth rate improved to 5.8% in 2016 from 5.7% in 2015. In light of the growth seen in sub-Saharan Africa, as shown in the graph below, this pace of growth is quite strong. However, it is with reference to its future that questions have arisen. 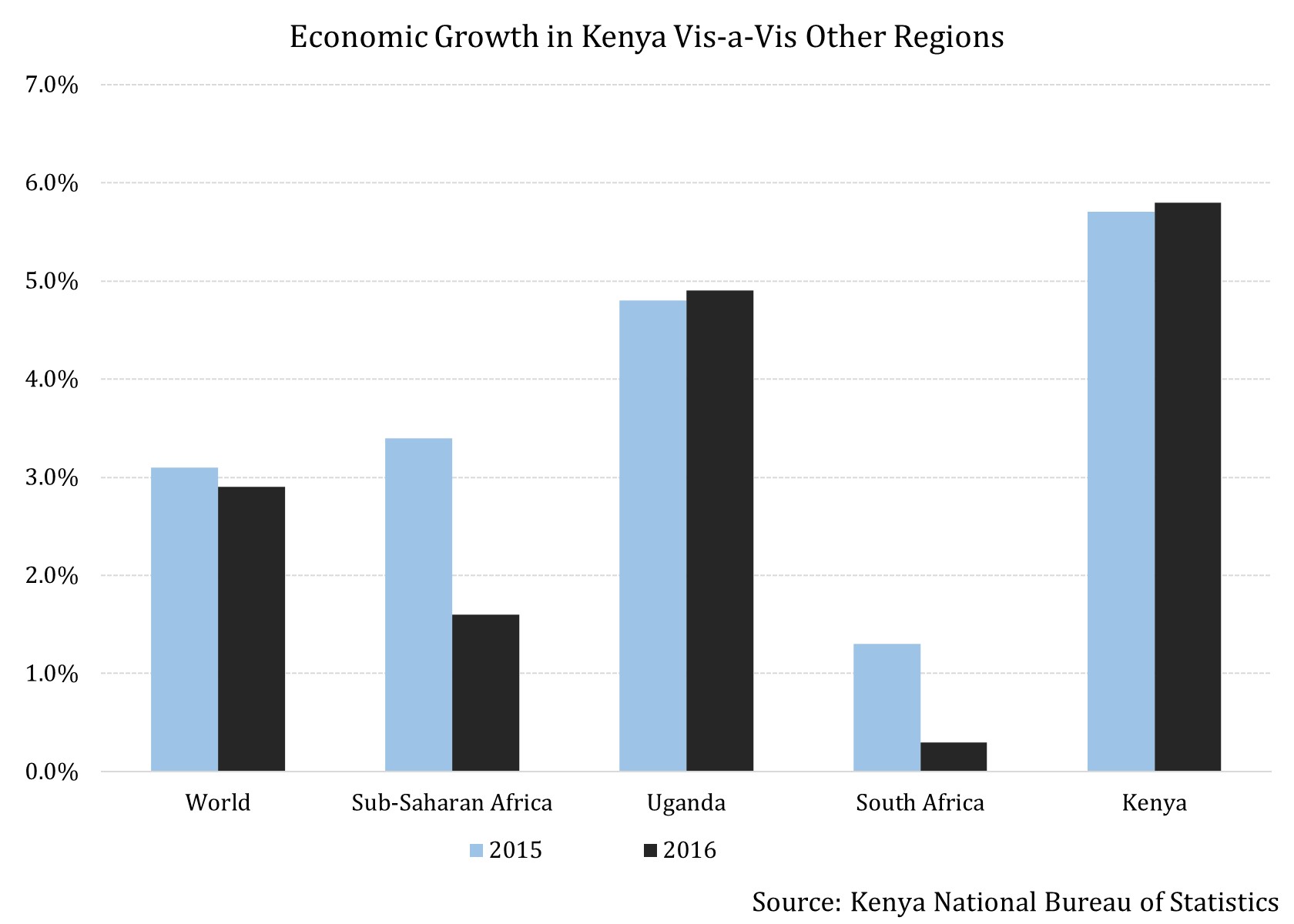 The future of economic growth

The World Bank is quite positive about Kenya’s economic growth. Earlier in April, the institution had projected that the country will grow at 5.5%. Though down from the previous two years, the pace is quite healthy when compared to sub-Saharan Africa and in light of drought which has led to crop failure, thus negatively impacting people and livestock in several African countries.

It is important to note, though, that even with this high pace of growth, the country is expected to trail its peers Tanzania and Rwanda, given steady growth in excess of 7%. The Bank also informed that even at this high pace of economic growth, Kenya will find it quite difficult to qualify as a middle-income country.

Arguments on future growth aside, some believe that Kenya may not be growing as fast as the numbers indicate.

One of the reasons for this is based on the fact that the country’s population is growing quite rapidly, which works at reducing the impact of the pace of growth.

The Wall Street Journal quoted Chris Becker from the Africa-focused firm stating that the actual pace of growth may be much lower than stated. Chris was on a trip to the nation’s capital Nairobi, and based his views on conversations with local business leaders.

Most notably, he was also of the opinion the Kenya’s economic growth could dive down to 1-2% in the foreseeable future.

There are other worries plaguing the country as well. Let’s look at some of them in the next article.

This is post 1 of 4 in the series “Kenya: Worsening Macroeconomic Situation to Weigh on Stocks?”