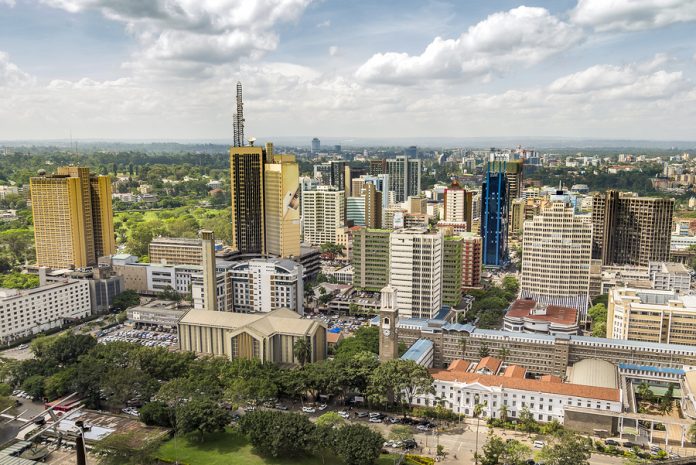 This is post 2 of 4 in the series “Kenya: Worsening Macroeconomic Situation to Weigh on Stocks?”

Interest rates in Kenya are capped at 400 basis points over the country’s benchmark rate shown in the graph below. The Banking (Amendment) Law (2016), which allowed for this change, has been in place since August 2016 after President Uhuru Kenyatta gave it his approval even though the Central Bank of Kenya was not in favor.

The move was aimed at keeping interest rates on loans in check and thus facilitate credit off-take. However, it does not seem to have worked. 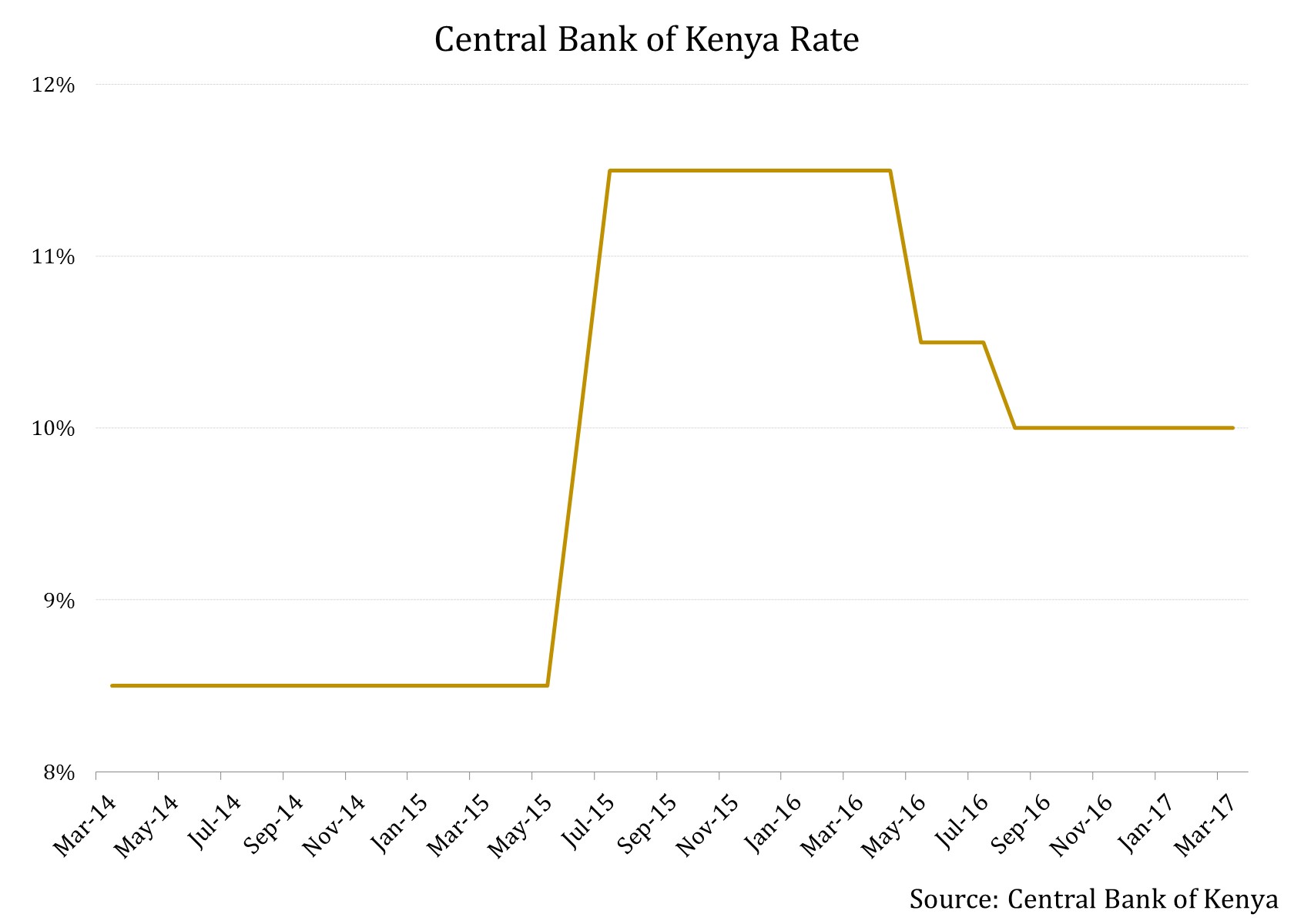 Data from the central bank showed that private-sector credit growth tanked to 4% in February 2017. This is substantially down from 21% in August 2015. Analysts from Genghis Research believe that credit growth in the 12%-15% range is required to keep the economy chugging along and create a sizable number of jobs.

This cap was one of the reasons why the World Bank has slashed its projections of economic growth in Kenya for both 2016 and 2017. Earlier in the year, the International Monetary Fund had expressed its displeasure on the interest rate cap and said that it would be responsible for reducing the economic growth rate by 0.8 percentage points.

For investors, both, the cap on interest rates and declining credit growth are red flags when it comes to investing in Kenya.

The negative impact of the drought is also likely to put pressure on government finances. Agriculture and associated activities like horticulture are crucial for the country’s exports and both will suffer from the drought situation as its exports will decline and the country will have to import larger quantities of food, thus raising its import bill.

The World Bank noted that, “Drought years in Kenya are generally associated with a deceleration in GDP growth by about 0.6 percentage points. Our estimates suggest that for every 100mm shortfall in rain, GDP declines by some 0.3-0.5 percentage points.”

Due to lower income for people and firms working in the formal sector, the government can expect lower tax income, and since this is an election year, it will put upward pressure on government spending.

Many will find these factors hard to ignore. However, there remain positives of investing in Kenya. Let’s look at these in the next article.

This is post 2 of 4 in the series “Kenya: Worsening Macroeconomic Situation to Weigh on Stocks?”