Uganda is still feeling the effects of the drought it underwent last year, but it is now recovering as shown in the graph below. 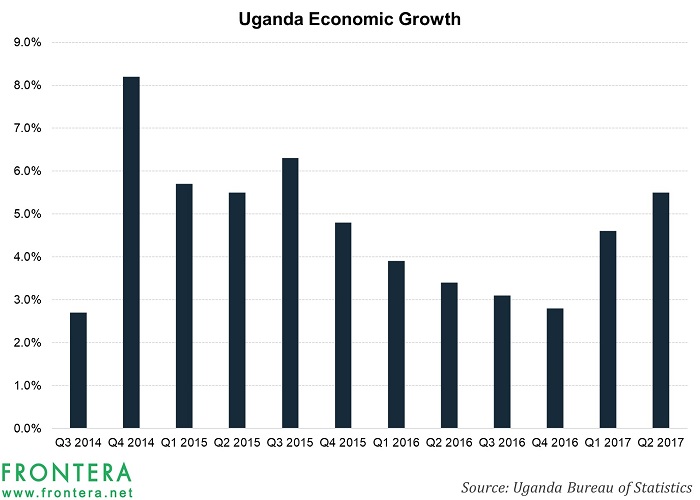 Though Uganda is not as dependent on agriculture as it was in earlier decades, the sector still employs about 70% of the population and food exports remain prominent foreign revenue generators.

Among them, coffee, which forms about one-fifth of the country’s exports, is the chief agricultural shipment as shown in the graph below. 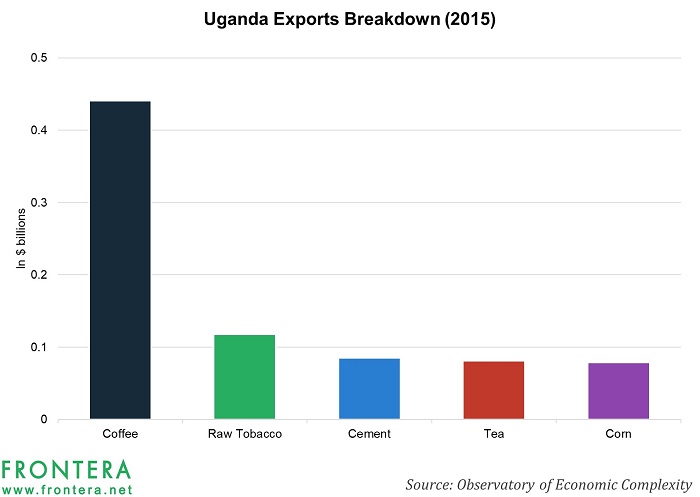 Uganda is Africa’s largest coffee exporter. However, low prices of the commodity, in addition to droughts, have negatively impacted economic growth in the nation.

The graph below plots month-end coffee futures prices, illustrating the overall decline in prices of the commodity over the past six years. 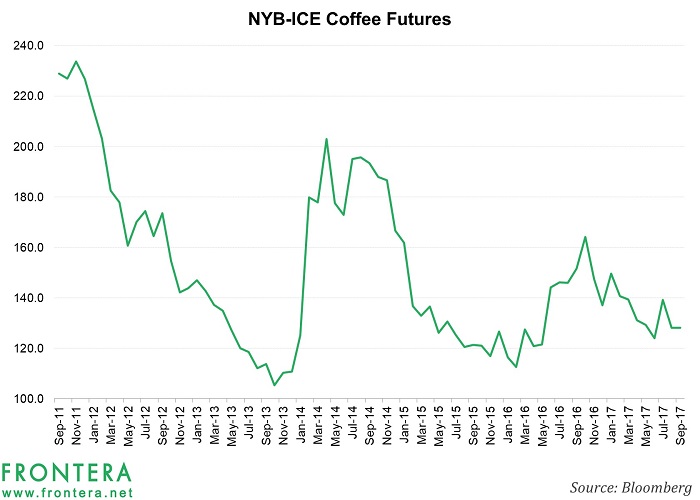 The decline in overseas revenue caused by coffee exports has hurt government earnings in the past few years. Thus, in order to fund its expenditures, especially infrastructure, the government has increased borrowing. Coupled with a relatively slow-growing gross domestic product (GDP), it has also raised the country’s indebtedness. 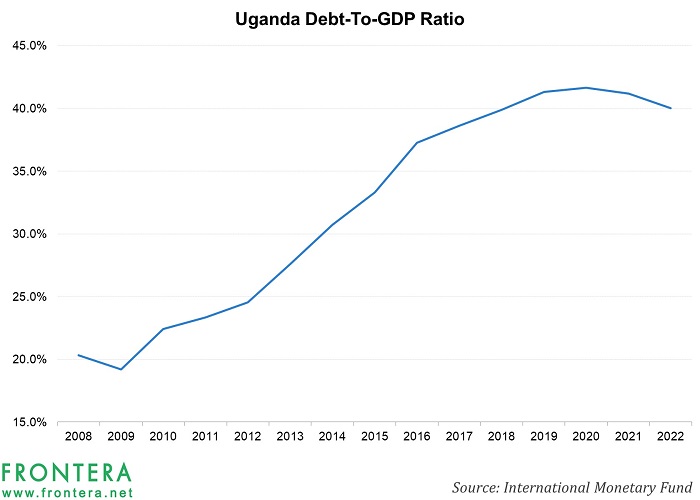 Why is Uganda still growing?

Even after challenging circumstances and depressed coffee prices, Uganda’s economic growth has picked up over the past two quarters. A significant reason for this is the Bank of Uganda easing monetary policy.

The central bank has been on a rate cutting cycle since last year when it slashed the key rate five times in succession. This year, it has reduced the rate four times already with the latest cut being affected earlier in October. 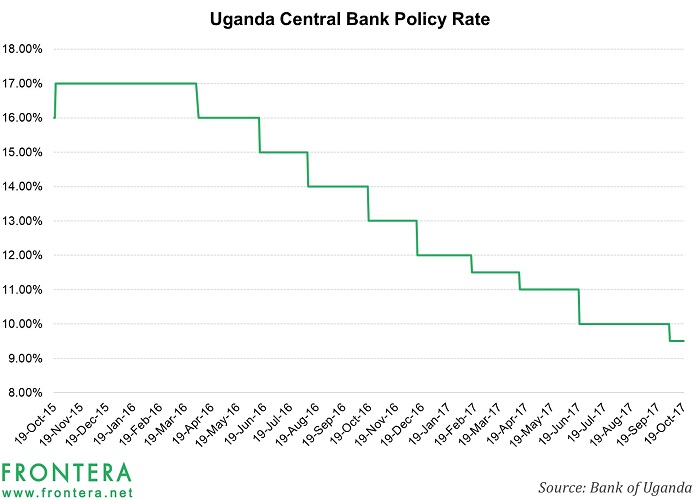 The 50 basis point cut was aimed at boosting the economy and increasing credit growth, according to Governor Emmanuel Tumusiime-Mutebile.

Low inflation has allowed for the aggressive monetary easing by the central bank. The bank has a medium-term target of 5% for core inflation – a level at which consumer prices are growing at present.

A slew of rate cuts in the past 18 months has helped reduce borrowing costs for the country. Apart from yields at the short-end of the curve, yield on long-term bonds has declined as well given the tempered view on inflation. In 2017 itself, the average auction yield on the 10-year bond has fallen by 1.7%.

If inflation expectations remain anchored at the present level and the economy starts to grow, Ugandan bonds will become more attractive given their current high-yield levels.

An aspect which can help Uganda going forward is the expectation of crude oil production by 2020 which is forecast to yield 200,000 crude oil barrels per day. Apart from oil revenue and production for domestic consumption, the project will create hundreds of thousands of jobs and provide a fillip to infrastructure in the country.

Amid all this, if coffee prices rise, they’ll enhance the appeal of Ugandan assets by bringing in foreign money and boosting an economy which is expected to grow by 5-5.5% in financial year 2017-18.