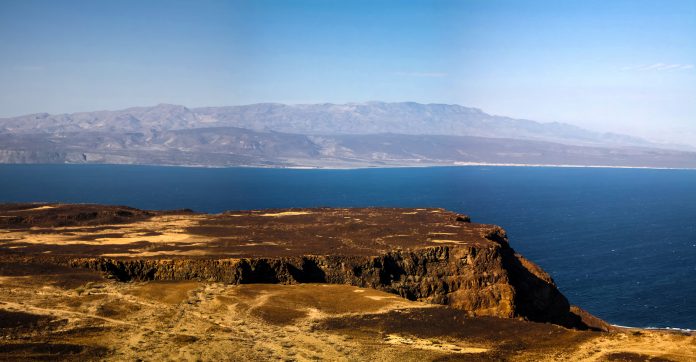 It was no accident that James “Mad Dog” Mattis made Djibouti one of his first overseas trips as US Secretary of Defence, this tiny African country on the Horn of Africa is home to the USA’s only African military base, a significant hub for the ongoing fight against terrorism across Africa and the Middle East. Djibouti also hosts French and Japanese bases and will soon house China’s first overseas military logistics centre.

Many countries are described as strategically located, which often a cliché, but in Djibouti’s’ case it is true as it guards the Bab el Mandeb Strait at the entrance to the Red Sea where much of the world’s shipping traffic passes. Djibouti City which houses much of the nation’s population is a lively trading entrepôt terming with merchants and traders from Africa, the Gulf and beyond as well as soldiers, sailors and spies on account of the number of military bases there. According to the Djiboutian government the Russians also requested permission to build a base in the country something which the authorities are currently considering.

In this spirit the country has declared itself open for business; foreign investment is encouraged and foreigners are given (in theory at least) the same rights as locals in terms of property. The Djiboutian Franc is pegged to the dollar giving a degree of foreign currency stability not enjoyed by other African currencies. The nation’s lack of natural resources bar its location means that it has been forced to look elsewhere to make a living.

There are noises about Djibouti becoming the next Dubai, which is seems a bit fanciful right now but the country has attracted much attention and funding from the Emirate including the building of luxury complex the US$400 million Palace Djibouti Hotel. In the long term in order to emulate Dubai the Djiboutian government are focusing on the three “Ts”; namely Trade, Transport and Tourism.

Transport is an obvious sector as Djibouti is the link to the sea for landlocked Ethiopian trade, its proximity to busy shipping lanes also make it an obvious logistics hub for passing container traffic. Chinese companies have featured heavily in the development of transport links building the new rail line to Addis Ababa and the new Dorelah port which has massively increased the nation’s port capacity.

Tourism is less obvious but the government are planning to make the country a eco-tourism destination and could expect to attract tourists from the Gulf region, the wider Middle East and even Europe. The country features the world’s saltiest lake, active volcanos and excellent scuba diving.

All this make Djibouti an idea place to set up a regional logistics firm, eco-tourism centre for visitors from the Gulf or some kind of manufacturing facility, perhaps for goods started in Ethiopia and completed in Djibouti.

Overall Djibouti’s economic performance has been good of late with GDP growth of 7% in 2016 which indicate that the country is at least moving in the right direction.

However despite these positives Djibouti has major weaknesses, it is highly dependent on Ethiopian trade and despite the government’s recent efforts and it’s high economic growth rate, corruption, inequality, poverty and poor infrastructure are a facts of life for the country. It also faces a tough neighbourhood, Somalia, South Sudan, Yemen are all close by and have all suffered major political and security issues or indeed outright war.

A Chinese military base is being constructed to help combat security and fight piracy, or at least that’s the official version, the Chinese have been playing down the significance of the base for political reasons but it a sure sign that China is moving to a new strategy of “active defence”. The four military bases should in theory provide Djibouti with a degree of stability as any attack on the country would upset four major powers.

The Chinese funded Djibouti to Addis Ababa rail line is perhaps the project most critical to the country’s success, originally built by the French it has recently been refurbished by Chinese firms, who have also been busy with other rail lines in East Africa as well. The new line will cut journey times between Addis to Djibouti to ten hours from three days and cut costs by a third, all of which should boost traffic and ultimately both nations’ economies.