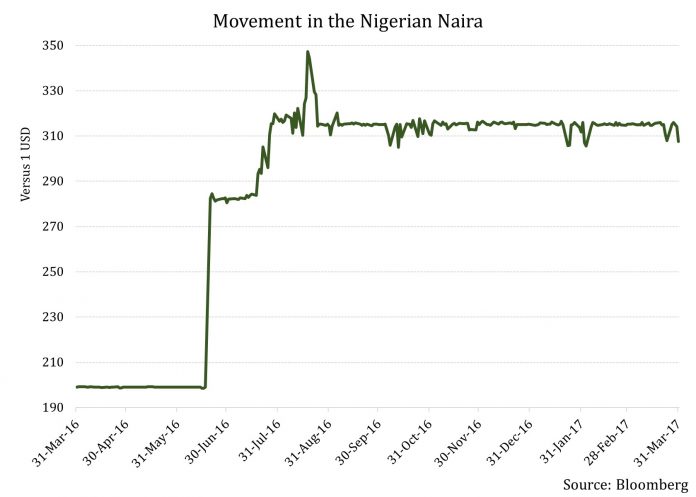 The International Monetary Fund (IMF) published a report on Nigeria on March 30, 2017. In it, the institution noted that the country needs to address two major issues in order to get its economy back on track: 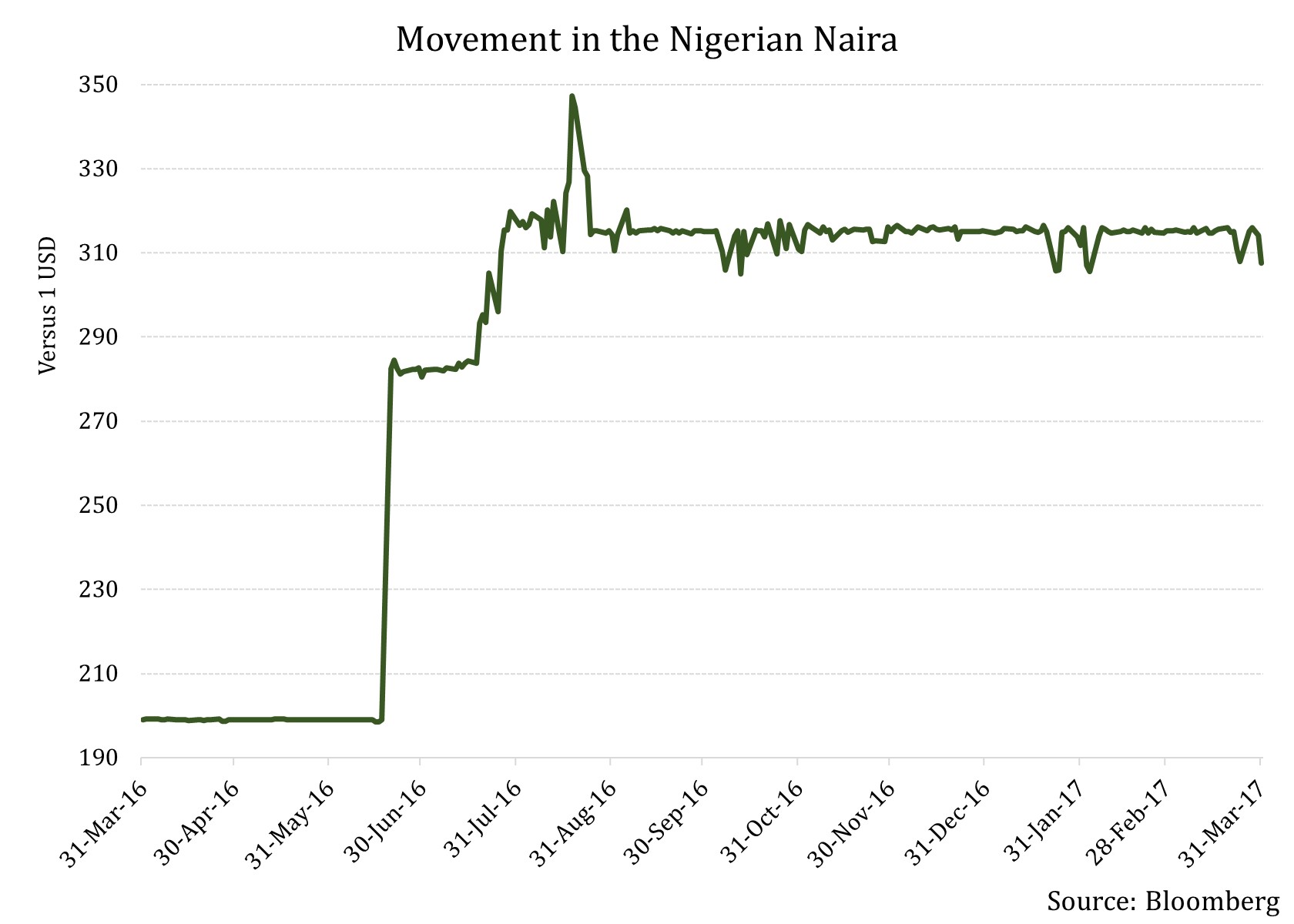 The IMF noted that even though capital spending in Nigeria was sharply lower than forecast, its fiscal deficit shot up from 3.5% of GDP (gross domestic product) in 2015 to 4.7% in 2016.

Meanwhile, its budget deficit is expected to be 2.36 trillion naira (~$7.7 billion) this year.

A recent IMF report shows that the country’s debt-service costs doubled to 66% of revenue in 2016 compared to the previous year.

Though Nigeria has conducted successful bond sales this year so far – both domestically and overseas – its policies need to ensure enough revenue to service the additional debt.

For now, ratings agencies like S&P have decided not to downgrade the sovereign credit rating of the country. However, a pressure on government finances indicating the possibility of a credit event could trigger a downgrade, making international capital markets risk averse and leading to demands of higher yields should the country intend to tap global investors once again.

In order to infuse confidence in investors, the Central Bank of Nigeria had allowed the domestic currency – the naira – to float freely from June 15 last year. The sharp rise in the graph above is reflective of that.

But even after removal of the peg to the dollar, regulators have been supporting the unit. This is reflected in the parallel market where the currency trades at a substantial discount compared to the official rate.

According to Reuters, Nigeria “has at least five exchange rates which include the official one, a rate for Muslim pilgrims travelling to Saudi Arabia, one for school fees abroad and a retail rate set by licensed exchange bureaux.”

Even though Nigeria’s $1 billion sale in February had fetched lower than expected yield of 7.875%, the country could have had a better deal if the naira was floating freely like Egypt has allowed its pound to do.

In the next article, let’s see the outlook for Nigeria – both macro-economic, as seen by the IMF, as well as for its financial assets.