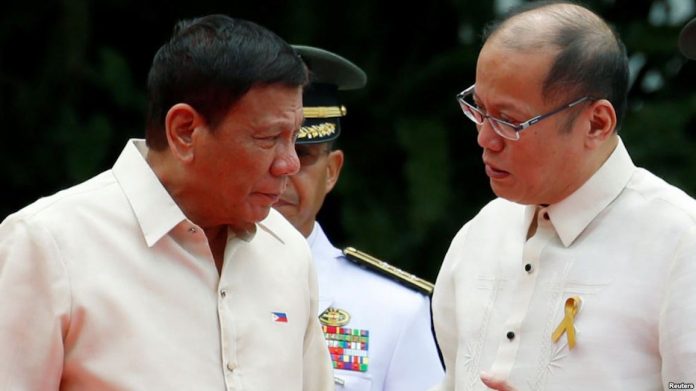 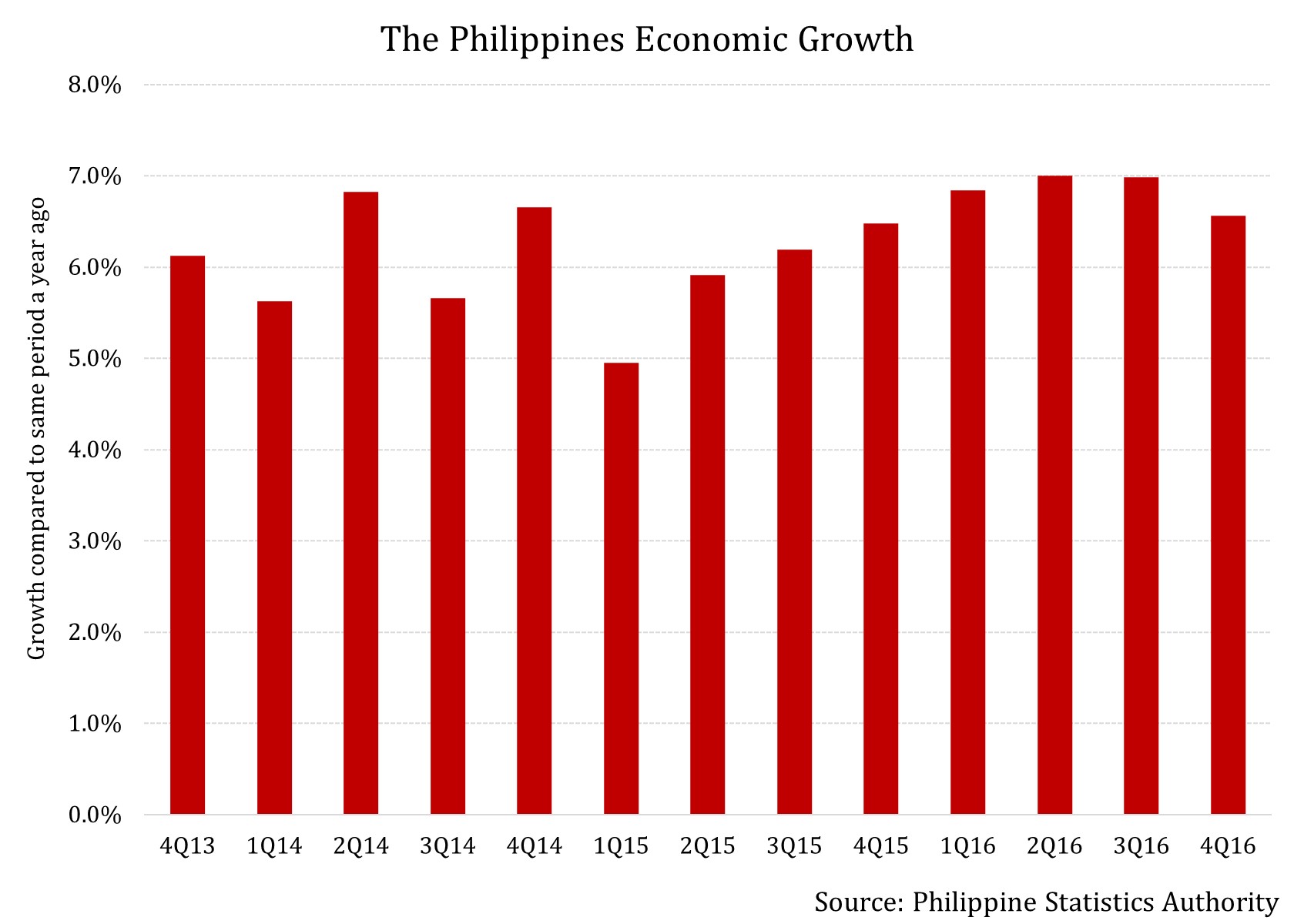 Many attribute the continued strong showing by the Philippine economy to the previous government, headed by former President Benigno Aquino. The erstwhile President not only boosted government revenue, he also got the Philippines its first investment-grade rating in the process.

The present government, headed by President Rodrigo Duterte, in many ways has been the beneficiary of the economic reforms instituted by the Aquino administration. Duterte’s government, which won elections in May 2016, now has the onus of finding ways to help the economy meet or surpass sky high economic growth expectations. The World Bank expects the country’s economy to continue growth of over 6% until 2019.

The Duterte government adopted a 10-point economic plan in June 2016, which included tax reforms and a boost to infrastructure spending in order to keep the growth engine chugging along. The President has an ambitious plan of $160 billion in infrastructure spending, and aims to increase FDI (foreign direct investment) into the country.

One advantage that the country has over its regional peers like Thailand and Malaysia, especially in the global economic environment of today, is limited reliance on exports for economic growth. As a result of this, the country did not battle a recession even at the height of the Great Recession. It has a young populace which keeps household spending strong.

Though Duterte has yet to solidify his government’s economic acumen, he has already created a well-known political impact. Historically, the Philippines has been an dedicated ally of the US, but since the advent of the present administration, the country has begun strengthening it’s cooperation with countries in the East.

In the next article, let’s explore its political relationship with the US and how it has changed in the present government.