This is post 2 of 4 in the series “North Korea Is Sending Shivers Across Markets; What Investors Should Know In Case Of A War”

These countries are most at risk as crises heats up

Escalation of tensions between North Korea and the United States (SPY) is creating volatility in trade, currencies and share trading activity across international markets especially in countries like Japan(EWJ), China (FXI), and South Korea(EWY). 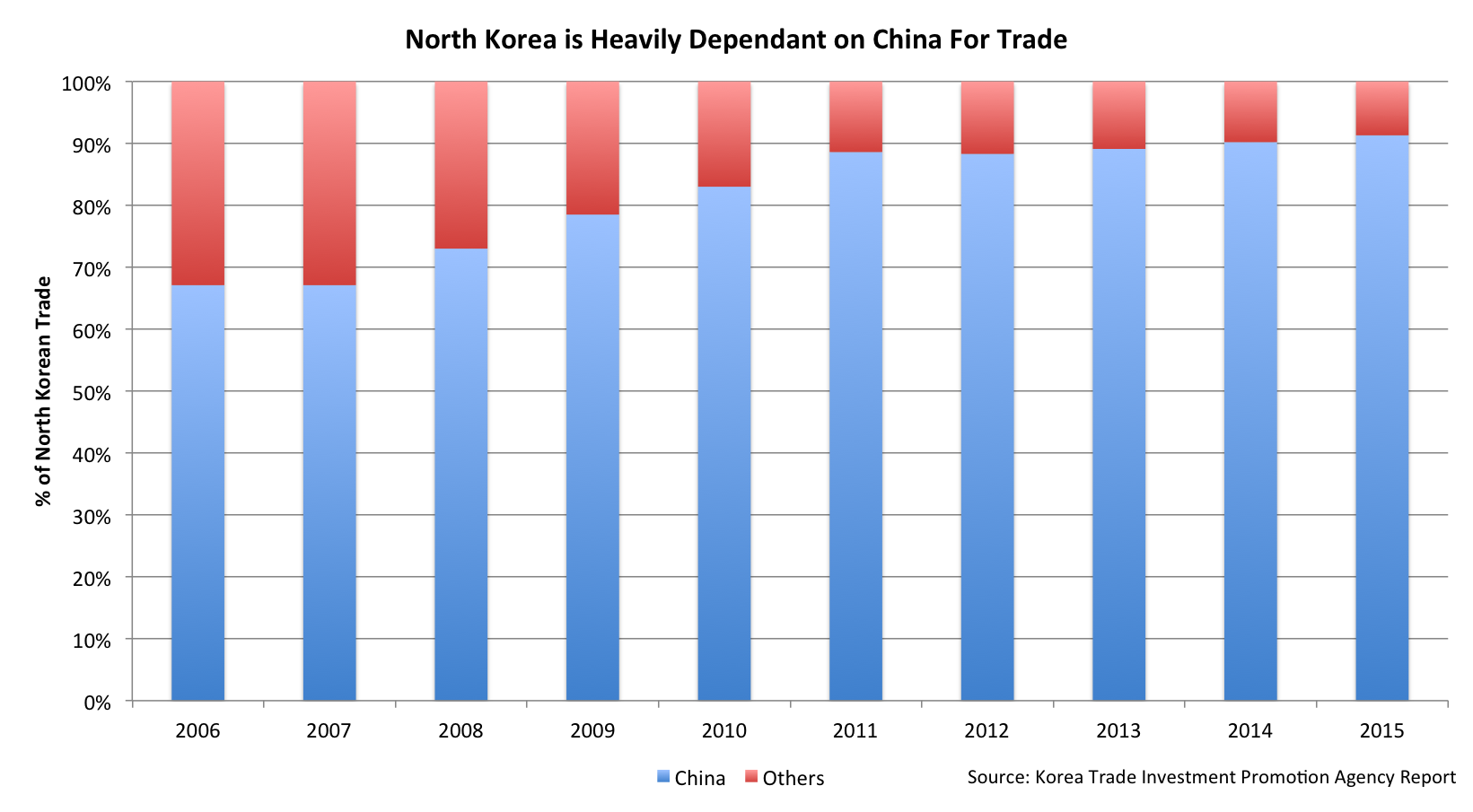 Asian economies that have trade relations with North Korea are most at risk to the escalation of tensions between North Korea and the United States. According to KOTRA data, Japan and China are North Korea’s major trade partners.

North Korea generates 90% of its foreign revenues from exports to China. In case China imposes trade sanctions on North Korea as Donald Trump has tabled, it could create considerable pressure on Kim Jong-un. Since February 2017, China has banned coal imports from North Korea and has warned the country of further action if it continues with its nuclear tests. However, in the first quarter, trade activity between China and North Korea increased by 37%. The United States does not support this and has threatened China with the imposition of trade sanctions and penalization measures against businesses dealing with North Korea.

A recently published statement from Moody’s mentioned that a conflict with North Korea would be “credit negative” for South Korea. The Moody’s report discusses how increased pressure in the Korean peninsula would lead to slowing investment and consumption growth in the country. The Moody’s report states, “Intensifying tensions could markedly and durably dent Korea’s attractiveness as a place to invest and hire.”

If the dispute between the US and North Korea escalated into military action, it would adversely impact New Zealand exporters. Trade routes in the Pacific region would be blocked as a result of any war in the region. “From a trade perspective, any hostility in that part of the world, whether it be South China Sea, Taiwan Strait, or the Korean Peninsula is potentially very negative for New Zealand,” former trade negotiator Charles Finny said in an interview recently. China is New Zealand’s biggest trade partner followed by Australia, Japan, and Korea.

This is post 2 of 4 in the series “North Korea Is Sending Shivers Across Markets; What Investors Should Know In Case Of A War”