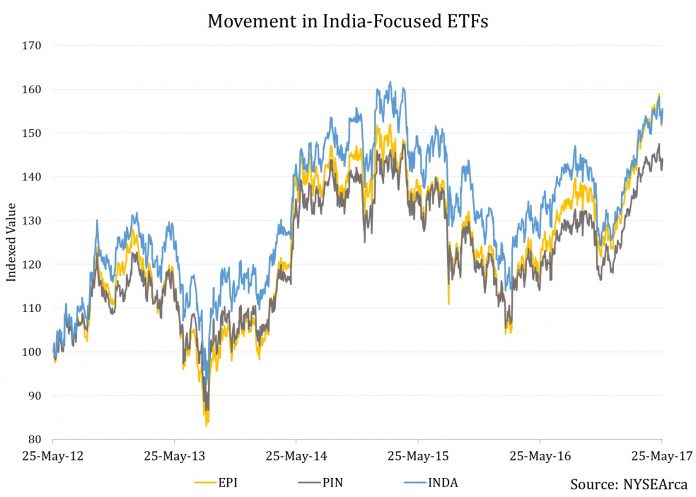 Indian stocks have been on overdrive in the past five years. The MSCI India Index has returned 8.8% in the five year period until May 26, 2017, far outperforming the 23-country Emerging Markets Index, which has returned 2.4% in the period. The country’s stock market has also done better than the EM Asia Index, whose 6% annualized return in the period itself was quite strong.

This exceptionally strong showing is reflected in ETFs as well. Among the 11 India-focused equity ETFs traded on US exchanges, we have chosen the following three due to their broad-based investment universe: 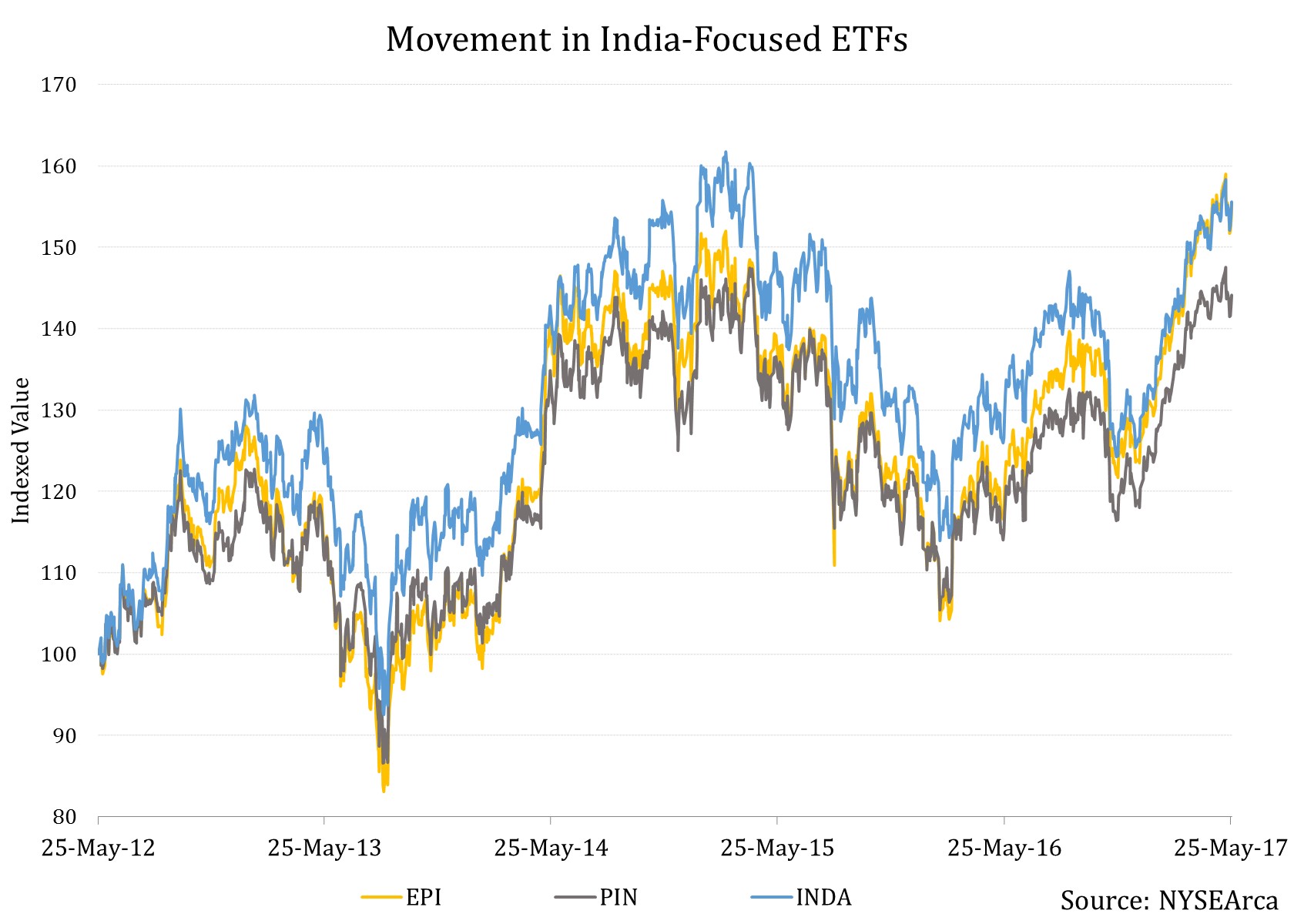 Among the three, the EPI and INDA have an annualized returned 9.2% each over the period, while the PIN has returned 7.6%.

Financials, energy, information technology, and consumer discretionary sectors have contributed the most to the returns of the three ETFs, though not necessarily in the same order.

Looking at returns alone over such a long period of time is not advisable. Hence, let’s look at the risk metrics as well. Among the three ETFs, the EPI has the highest standard deviation over the period, thus making it the most risky among the three.

In terms of risk-adjusted returns, as measured by the Sharpe ratio, there is not a vast difference between the three; the INDA edges out the other two, though.

Indians participating in the rally

The rally in India’s stocks, unlike the one in UAE equities seen in the previous article, has flowed into 2017 as well. The MSCI India Index is up 20.7% this year so far. Domestically, the S&P BSE Sensex and the Nifty 50, both have touched lifetime highs recently.

An important aspect to note here is that Indian investors have been partaking in this rally. The Central Public Sector Enterprises (CPSE) ETF, which tracks the Nifty CPSE Index and is exclusively available to Indian investors, has been the highest grossing ETF so far this year among India-focused ETFs traded on exchanges across the world. According to Bloomberg data, the fund has witnessed net inflows of $843 million this year.

In the next article, let’s look at how overseas investors have been treating Indian stocks and what could be in store for them going forward.