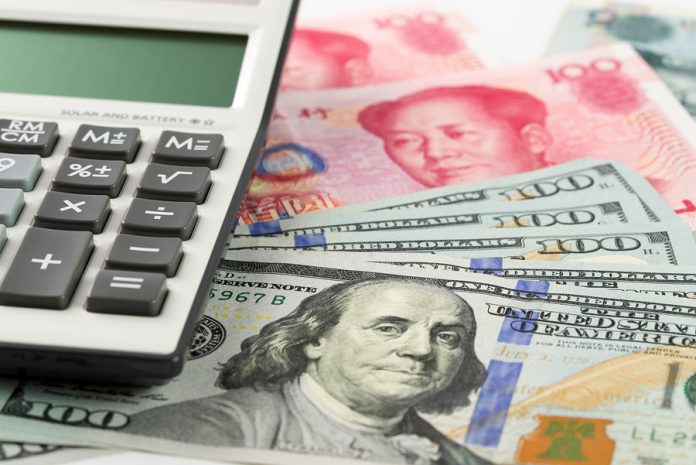 An editorial in the South China Morning Post this week has discussed the potential for a looming trade war between the China and the US. In the editorial, Scott Kennedy, a deputy director at the Freeman Chair in China Studies and director of the Project on Chinese Business and Political Economy at the Center for Strategic and International Studies, lays out how the US may be preparing itself to battle with China over what Washington DC and President Donald Trump have labelled “unfair practices”. Kennedy writes that the US is in the process of building regulatory mechanisms to support the US in the event of a major trade conflict.

This comes as China has removed Skype from the Chinese app stores, citing security and legal concerns. To be fair, given what we’ve learned over the past few years concerning US surveillance, that should hardly come as a surprise: if the US spies on its own citizens, it is sure to have infiltrated software used in global communications. Isolating American influence is a strategy increasingly being played out by both China and Russia, with Russia also about to block Facebook. LinkedIn is already restricted in both countries.

The isolation of America continues via trade, and some of it not necessarily inflicted upon it by either Beijing or Moscow. The pull back from the Trans-Pacific Partnership by the Trump administration was an ill-thought out and inaccurate reaction to a perceived loss of American jobs. Yet those jobs – unless American workers really want to be engaged at Bangladeshi wage levels making garments – are never coming back. Economies constantly need to adapt and evolve. Denying the wage differences between Asia and the United States is fool-hardy – products will simply cost the American consumer more to have them carry a “Made in the USA” label and an entire supply chain industry will be damaged.

The TPP, meanwhile, has been reinvented as the Comprehensive and Progressive Trans-Pacific Partnership (CPTPP), excluding the US, and will benefit other Asia Pacific nations, Vietnam among them. What should have secured basic, cheap imported products from Asia, which US manufacturers could have added value to in terms of design, innovation and completion, will now be the remit of high-end Japanese, South Korean and Australian businesses instead.

Washington DC’s rhetoric as regards the potential for a trade war, therefore, alarmingly fits in with the new American isolationism. But as the West is starting to learn from imposing sanctions upon Russia, a trade war between the US and China will only strengthen Chinese capabilities to secure trade and supply routes elsewhere. It will be to Asia and Eurasia’s benefit, in fact, if this does happen. China has a free trade agreement with ASEAN that has been expanding in volume by just under 20 percent per annum and is expected to reach US$1 trillion by 2020. China runs a trade surplus with ASEAN by a considerable margin; a China engaged in a trade war with the US would see that imbalance partially removed as it would seek to buy more from ASEAN members.

Other countries likely to benefit would be India, whose China trade has a long way to go to reach true potential, and would receive a large boost from a China on the hunt for new supply chains. Russia too, and especially in light of the upcoming China-EAEU Free Trade Agreement being signed can also be expected to receive a boost in bilateral trade. The China-Russian corridor has been growing at over 30 percent this year, partially because Western sanctions have motivated Russia to look east for trading partners.

Washington DC needs to think very carefully about engaging with a trade war with China. Such a move would be tantamount to a temporary burst of sanctions and tit-for-tat retaliation. Under such circumstances, China will fast track its Belt & Road infrastructure development reach to secure alternative supplies, and boost its trade with Asia.

Notably, China’s new Administrative Measures for Outbound Investment by Enterprises,  which was released on August 4 this year, already specify encouraged areas. These include:

This signals that China is also prepared for a trade war with the US should it come to pass. With alternative supply chains, free trade agreements, and nearby Asian nations keen to close their trade gap with China all in place, any resulting conflict would be a huge boost for the Asian and Eurasian regions, and potentially spell disaster for the US economy. The way out for American manufacturers? Set up alternative production facilities in Asia, and fast.