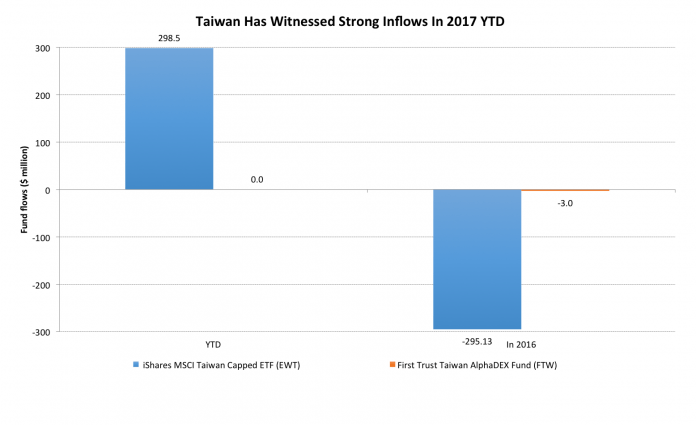 Taiwan is Asia’s biggest destination for foreign inflows in 2017 so far. As per Bloomberg reports, Taiwan’s equity markets have received $7.3 billion through the year, helping the Taiex index touch the 10,000 milestone, its first time since year 2000. In 2017, foreign investors are coming back to Taiwan on a bright outlook for the country’s technology sector. 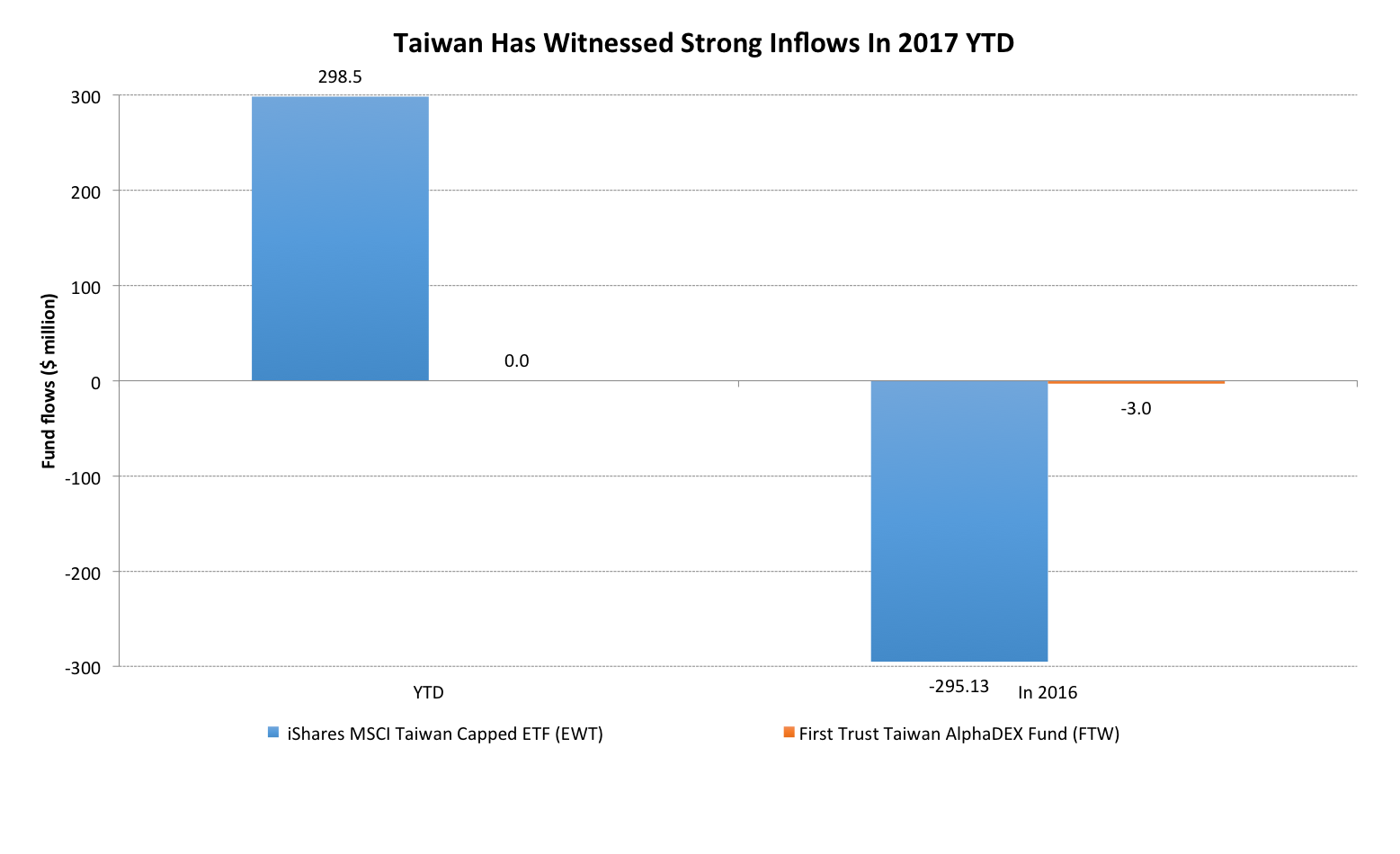 Foreign investors resumed flows into Taiwan in 2017 after a three-month period of outflows. From October to December 2016, foreign investors withdrew from Taiwan’s markets over concerns of rate hikes by the Federal Reserve and Trump’s protectionist policies. In 2017, however, global markets have stabilized with the outlook for Taiwan’s markets improved which is bringing back flows.

Since the Taiwanese government opened up the country’s equity markets for foreign institutions in 1990, net fund flows to the country have amounted to $202 billion.

Among the exchange traded funds investing in Taiwanese equities, the iShares MSCI Taiwan Capped ETF (EWT) has seen the highest inflows YTD amounting to $298 million. In 2016, however, the EWT ETF witnessed outflows of $295 million as concerned investors pulled out money from emerging markets over anxiety related to Trump’s protectionist policies. The First Trust Taiwan AlphaDEX Fund (FTW) also saw outflows of $2.9 million in 2016.