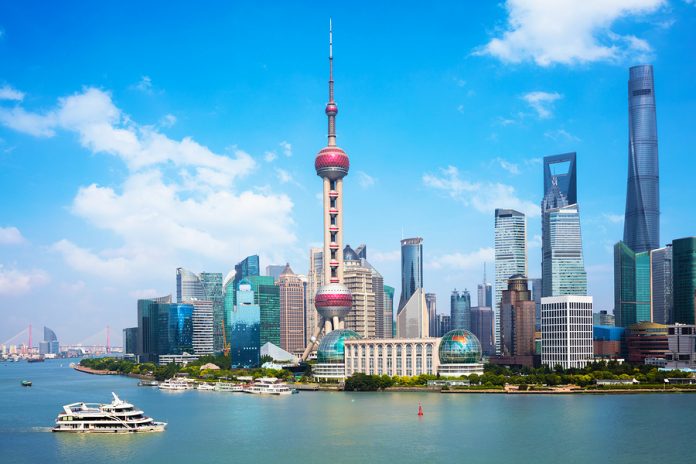 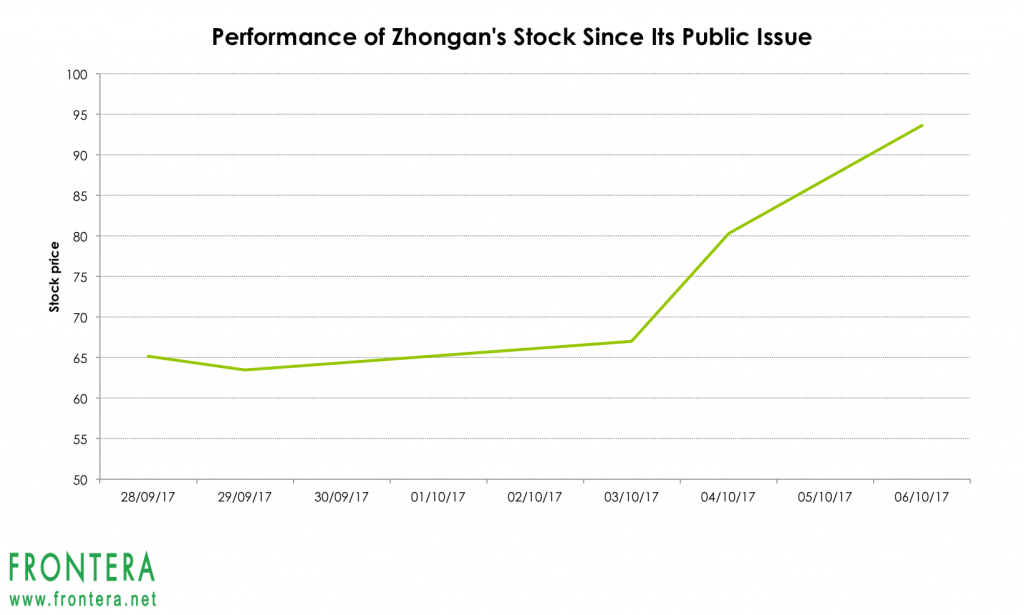 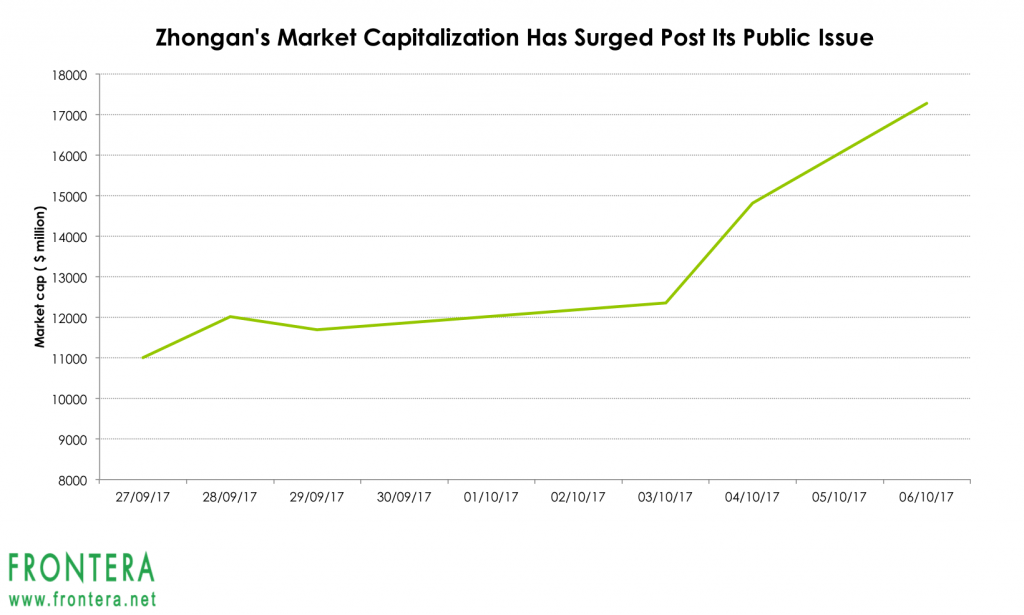 The value of Zhongan’s shares surged nearly 18% after its debut trading, valuing the company at $12 billion. In the following five days of trade (as of Oct 6), shares of Zhongan gained 60% from its listed price of HKD 59.70. The company’s market value has subsequently increased to $17.3 billion. 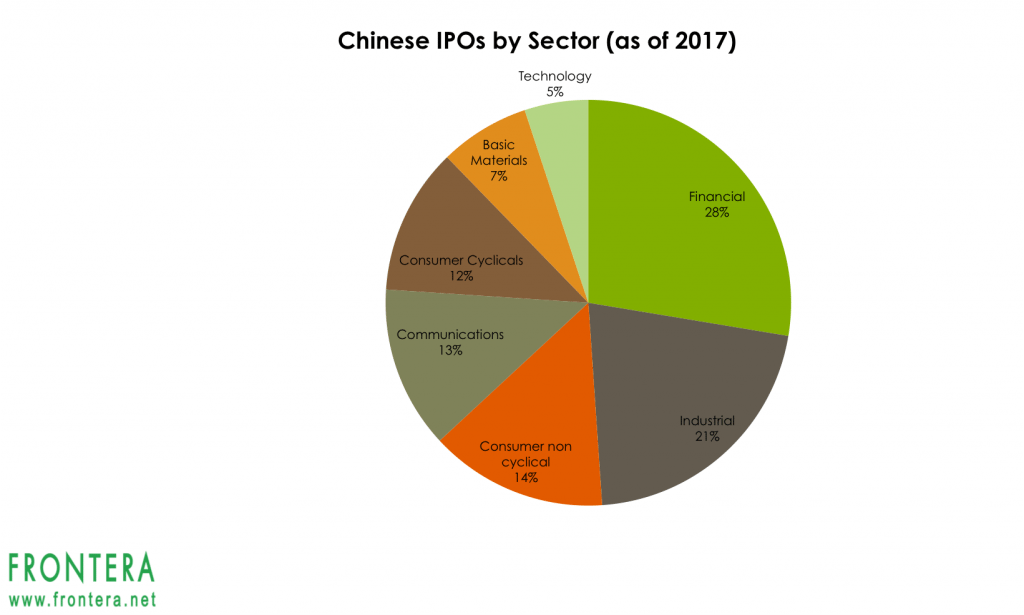 The listing is one of the largest technology IPOs to debut on the Hong Kong Stock Exchange in 2017 so far. It is also Asia’s (AAXJ) largest IPO by a financial technology firm in 2017, paving the way for Chinese tech companies to list their shares on Asian stock exchanges instead of the United States. “I hope this is the beginning of another round of new economy companies choosing Hong Kong,” Charles Li, CEO of market operator Hong Kong Exchanges & Clearing Ltd stated following the listing.

“Technology and the internet are changing the world. We believe ZhongAn’s IPO in Hong Kong will give confidence to other players in the fintech industry and give a boost to Hong Kong’s status as an international financial hub,” said ZhongAn CEO Chen Jin. 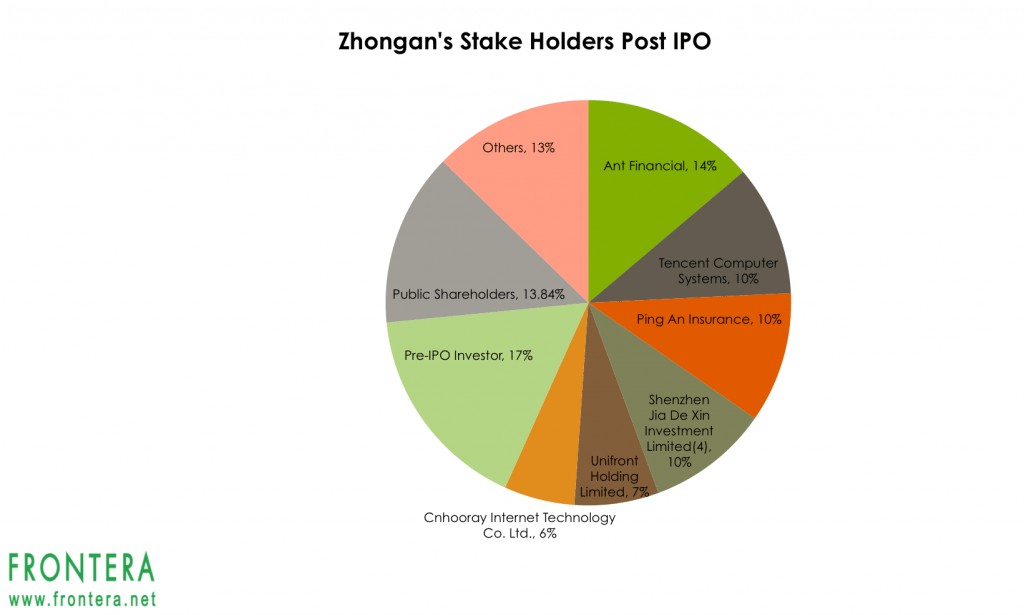 Alibaba (BABA) backed Ant Financial holds a 13.8% stake in Zhongan, while Tencent Holdings (0700.HK) and Ping An Insurance Group holds stakes of 10.4% each. SoftBank is a cornerstone investor in Zhongan with a 5% stake. Public shareholders hold 13.8% of Zhongan’s equity.

Can you bet on a company currently in losses?

Zhongan has demonstrated solid sales volumes, but is yet to generate considerable profits. The company generated earnings of just $1.4 million in 2016 on sales of $512 million (RMB 3.4 billion) due to significant underwriting losses recorded for the last three years of $9.2 million, $76.9 million and $23.0 million in 2014, 2015, and 2016 respectively. 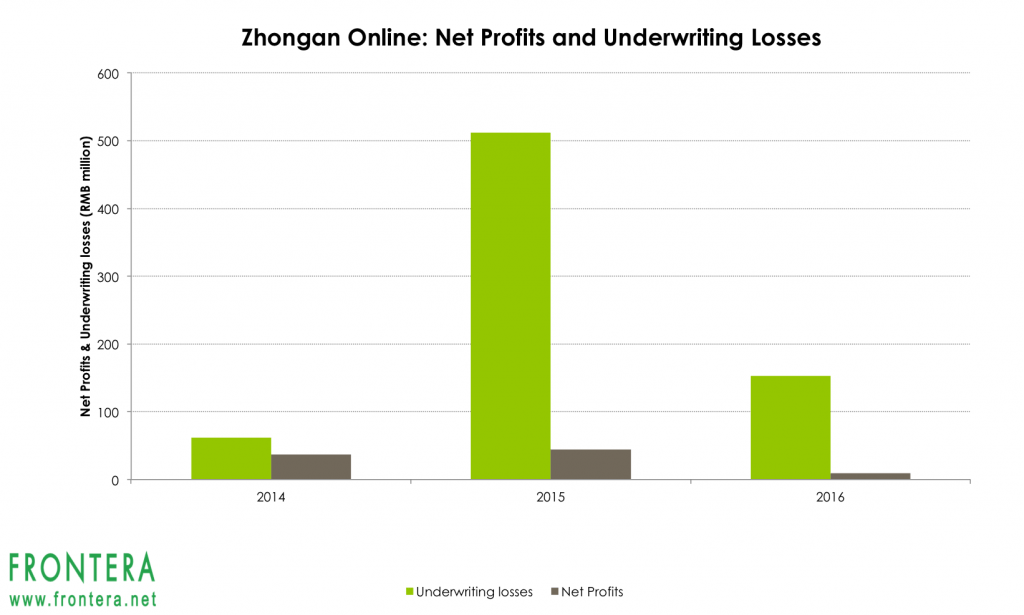 In March 2017, the company reported losses of $30.4 million (RMB202.1 million) and expects to close 2017 in losses as well. In its IPO prospectus, Zhongan attributes these losses to its focus on “rapid expansion”. This will lead to higher overhead, R&D and administrative expenses, unearned premium reserves given a change in products, and increases in handling charges, consulting fees and commissions. 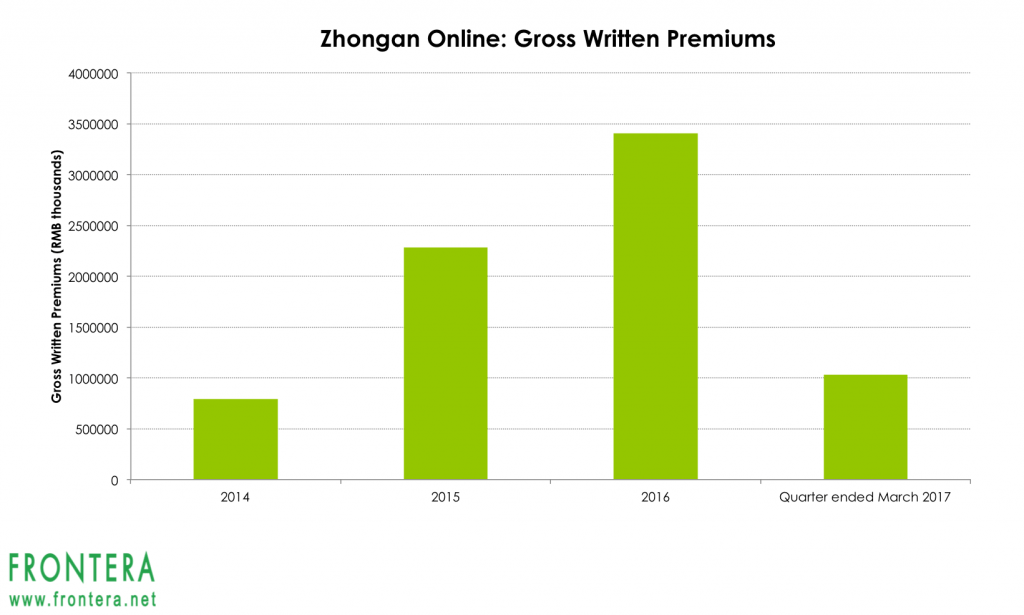 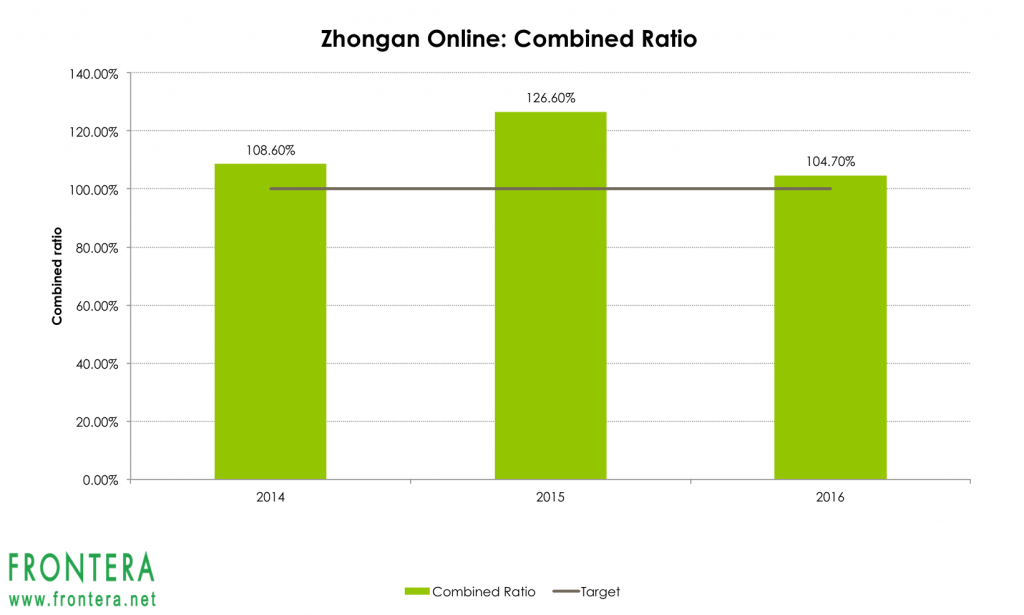 Zhongan expects to realize underwriting profits in the medium to longer term and aims to lower its combined ratio to 100% from 104.7% in 2016. The combined ratio measures the profitability of an insurance company. It is calculated as a percentage of losses and expenses on earned premiums.

ZhongAn CEO Chen Jin, addressed concerns over whether they would make profits soon, “We are still a young company and at the early development stage. We will continue to increase our input, to stay competitive in the future.”

Zhongan currently offers a diverse mix of nearly 240 product terms across health, accident, liability, bond, credit, among other personal insurances. However, its top five products constitute nearly 65% of its GWP (as of 2016) making it highly concentrated. In March, 2017, this concentration declined to 57.3%, but still remains significantly risky. 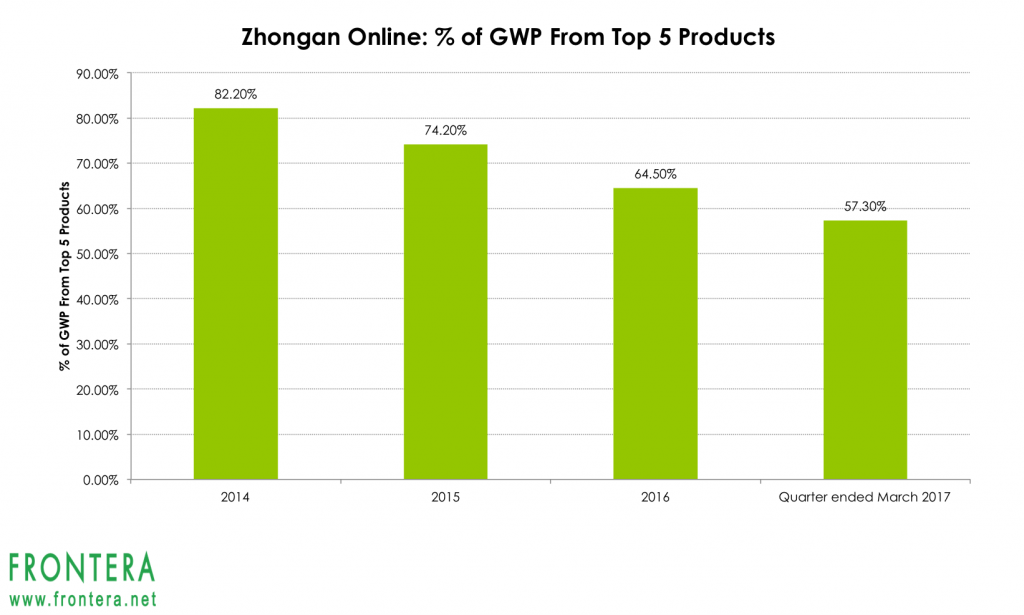 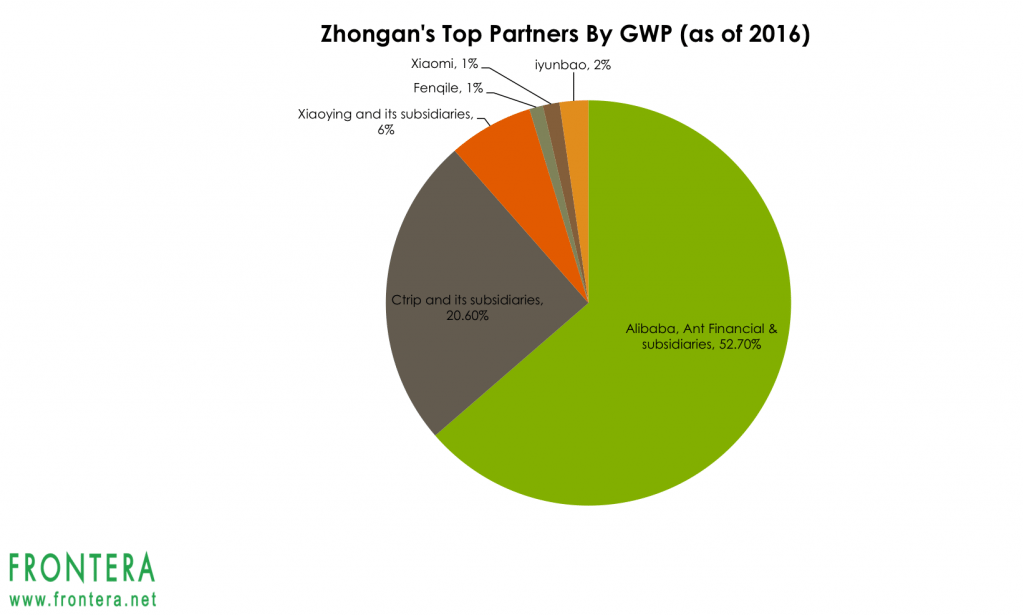 Zhongan sells its products through partner platforms, with its top five partners accounted for nearly 69% of its GWP in 2016. This poses another risk to Zhongan as it makes it heavily reliant on these partners for its revenue stream.