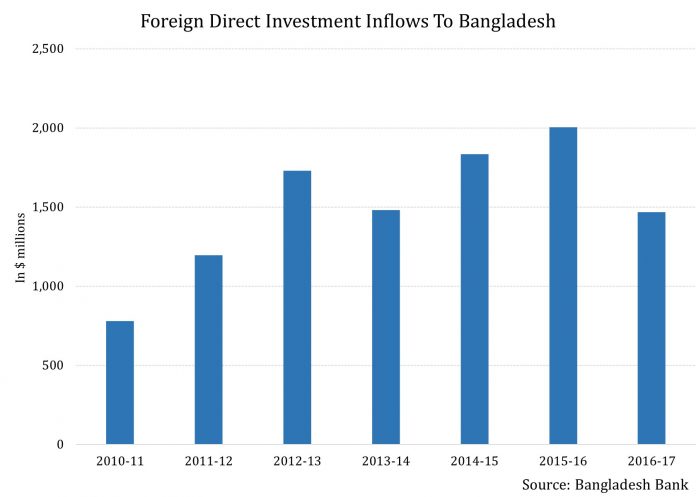 Bangladesh is now officially part of the One Belt, One Road (OBOR) initiative of China. It has signed two deals with the world’s second largest economy under which China will invest in improving the country’s power grids, coal mines, and tire-factory projects, among other industries.

The deals were signed with the Export-Import Bank of China within the OBOR umbrella, which has now seen agreement with 30 other countries as well, China’s president Xi Jinping said at a press conference. 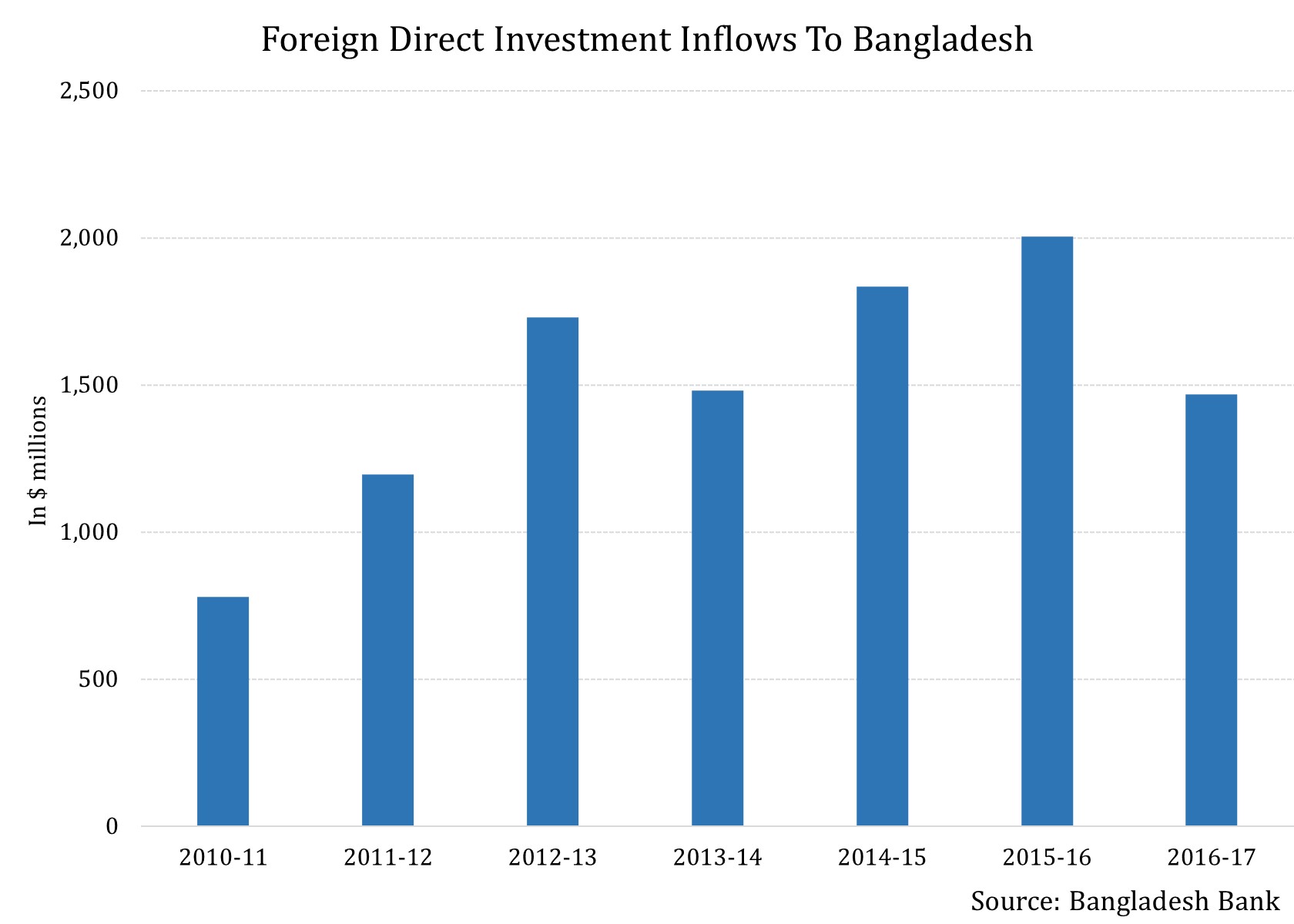 For Bangladesh, the OBOR is envisioned to be a springboard to economic stability and growth. Earlier in May, prominent economist Rehman Sobhan, while speaking at a conference organized by the Bangladesh Enterprise Institute, had said that “Bangladesh is uniquely placed in the context of this OBOR initiative, as we are in the middle of two major economic powers, namely India and China, who are going to be the prime movers of the Asian century.”

Meanwhile, Faisal Ahmed, Chief Economist of Bangladesh Bank, speaking at the same event, had touched upon the opportunities for the country in manufacturing created by China relinquishing some of the space. In his keynote address, he had remarked, “If Bangladesh can capture just one percent of that, it would result in decade-long growth of double digits for the country.”

China has been signing deals with Bangladesh beyond the OBOR as well. A few days ahead of the OBOR event, China agreed to fund the construction of the ninth Bangladesh-China Friendship Bridge, among other infrastructure projects.

In April, China Building Materials Federation had presented a plan to Bangladesh Investment Development Board to provide $2 billion for investment in the materials sector of the country.

These investments are crucial for Bangladesh at a time when it’s trying to improve its image as a business destination. Presently, the country ranks 176 among 190 countries in the World Bank’s Doing Business report. Foreign investment will provide a leg up to the country’s economic prospects and China’s investment is a vote of confidence to Bangladesh.

As shown in the graph above, Foreign Direct Inflows (FDI) to the country have been rising rapidly. Data for 2016-17 is from July until December 2016. In Bangladesh, a fiscal year begins in July.

But a related question is why China is so interested in Bangladesh. Let’s look for answers in the next article.