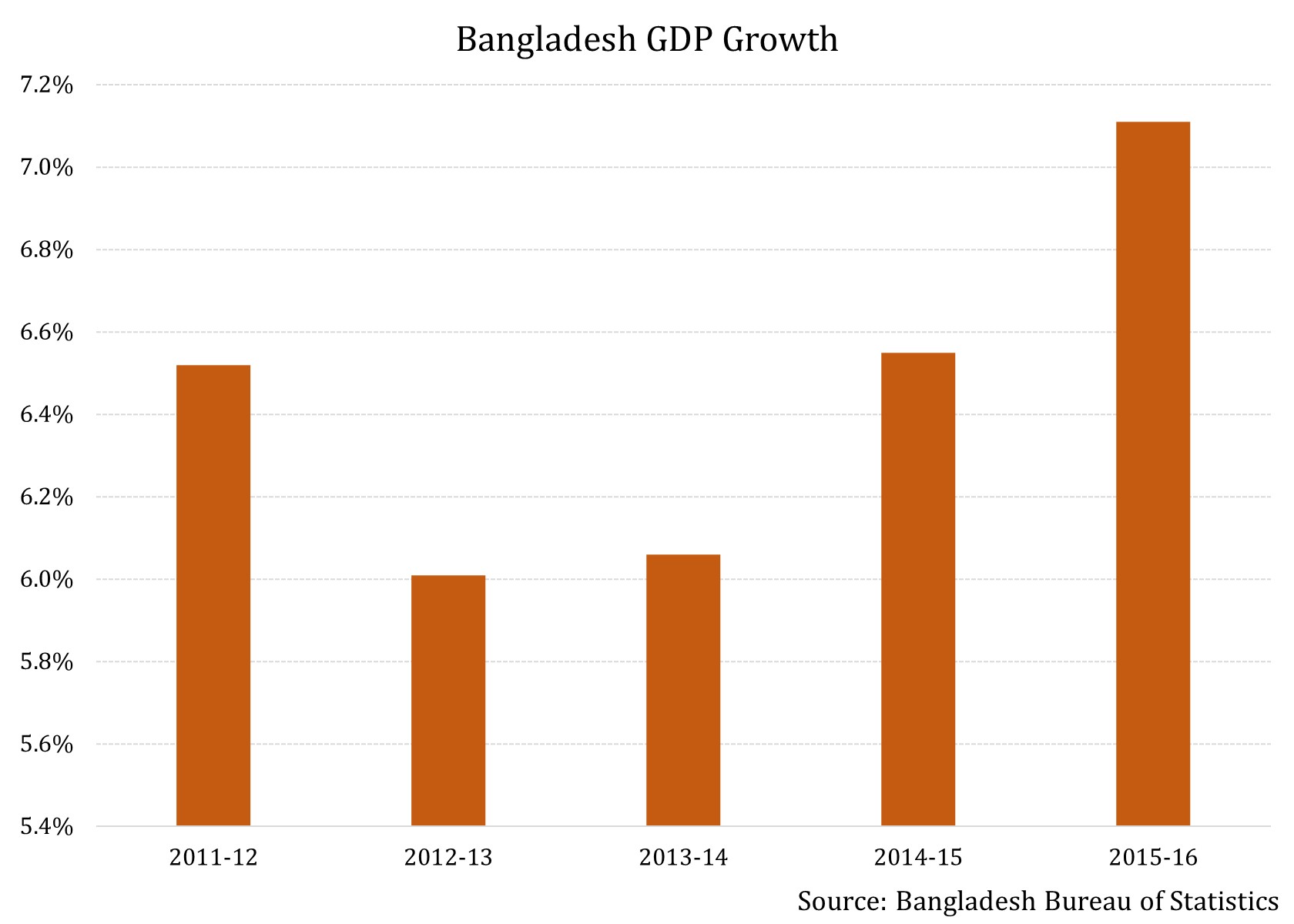 After the release of the final figures, Planning Minister Mostafa Kamal had said that “to the best of my knowledge, this is the highest GDP growth rate achieved by the country after independence [1971].

The growth was a surprise to the upside not only for the government but for agencies such as the World Bank as well. For 2016-17, the government has set a target of 7.2% growth even though the World Bank sees a 6.8% pace. Meanwhile, the Asian Development Bank – whose revised estimates of 7.1% growth for 2015-16 were quite close to the actual figure – estimates a 6.9% pace for the current fiscal.

PricewaterhouseCoopers, in a report titled ‘The long view: how will the global economic order change by 2050?’ estimated that Bangladesh can potentially become the world’s 28th largest economy by 2030, up from 31st in 2016.

It further stated that the country could become the 23rd largest economy by 2050 with an average annual growth of ~5%. If it does so, it would supersede countries like Australia, Spain, South Africa, and Malaysia.

With this broad overview of the country’s economic present and possible future, let’s look at how the regional economic heavyweight, Russia, fits into Bangladesh’s emerging economic picture.